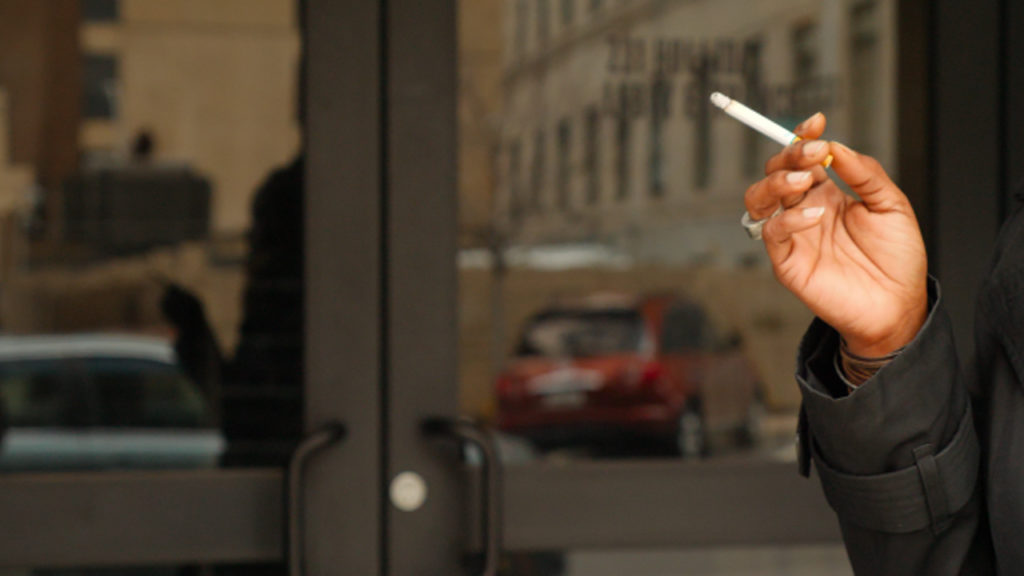 A growing number of cities are looking to ban the sale of menthol cigarettes. Known as one of the world’s most popular cigarette additives, menthols rose in prominence in part because of deceptive advertising branding it as a healthier alternative to regular cigarettes. Today, African Americans prefer menthols by a wide margin. Cities like Sacramento, LA County, and San Francisco are seeking those bans.

The Food and Drug Administration has said it will seek to ban menthols in the future, and the European Union has already begun implementing a ban, all of which has been opposed by industry groups. But others are warning of deadly unintended consequences of such bans, that would lead to the further criminalization of communities of color.

Joining me to discuss this are two guests. Ricky Morris is an outreach organizer with Baltimore Harm Reduction Coalition. And Neill Franklin, 34 year law enforcement veteran, Maryland State Police and Baltimore Police Department, currently serves as the Executive Director of Law Enforcement Action Partnership. Thank you both for joining us.

JAISAL NOOR: So Neill, you just got back from Sacramento, where they’re in the process of implementing one of these bans on the sales of menthols. We know that cigarettes are a leading killer. It’s estimated that thousands of people die every year because of menthol cigarette use. Talk a little bit about why you’re opposed to these bans.

NEILL FRANKLIN: So first of all, let everyone know, this is a serious health issue, smoking is. We know that overall, 400,000 people die from related illnesses and so on. And in the black community, as you mentioned, we know that years ago, we were targeted by tobacco companies, but these companies have been sued, they’re paying out millions, if not billions, of dollars, and that’s no longer occurring. So now, we’re faced with a situation. How do we continue to reduce consumption, especially in the black community, that’s what I’m concerned about, but how do we do it without bringing in our criminal justice system? This is what’s important to me.

Oakland has already launched the ban. Now, let me make sure people understand what the ban is about. San Francisco has done the same thing and they were looking at New York City. It’s a ban on selling menthol products in certain communities and certain cities, it’s not a ban on use. So you can still smoke them, but they cannot be sold. My concern as a law enforcement official is that once you create a ban in a community where 78 percent of blacks prefer menthol tobacco products–and that’s a lot, it’s almost 80 percent–what happens when you take this away from them? They can no longer be sold within the black community.

Do you think that people–and we’re talking about adults, we’re not talking about kids–do you think that people will just stop smoking menthol tobacco products? Of course not. We know what will happen. Ask any cop what will happen. We’re going to end up with a robust underground network of smuggling menthol tobacco products in from other locations in other jurisdictions. And when that happens, when we are giving the task to go find who’s bringing them in, that means–look, cops know how to do that. We will find out who’s using them.

And when you find out who’s using them, you apply pressure regarding something else, maybe it’s a traffic offense, maybe it’s something else, you run a warrant’s check on them or whatever to apply pressure to get them to tell you who’s bringing the cigarettes into the community. This increases the negative interaction between police and community members, and we’ve already seen the results of that right here in Baltimore.

JAISAL NOOR: And off camera, we were talking about Eric Garner, who was in Staten Island. He was put in a chokehold and killed, and the reason police approached him was because they thought he was selling loosies, single cigarettes, because the taxes on cigarettes are really high in New York. Ricky and Neill, do you think that that sort of thing might happen with menthols? And talk about that.

RICKY MORRIS: Of course I do. Because like I was saying off camera, that as soon as this ban starts, it’s going to bring in a black market in the city, and menthol cigarettes are going to become the new cocaine of the neighborhood. They’re going to sell underground menthols for more. They’re going to raise the price and make a lot of money off them because they’re not available in the stores. And then you’re going to have people looking at other people like he’s making money off of them, and that’s going to cause a conflict because he wants that money instead of him.

So it’s going to be like they do with the drugs. They’re going to be fighting for territory over cigarettes. Because if you take something away that people have a habit for, they’re going to do what they’ve got to do to get it. And you have people that’s going to use that to make money off of it.

JAISAL NOOR: And it’s another example of targeting the black community, because the majority of African Americans prefer menthols. What kind of reactions, impact is that going to have?

RICKY MORRIS: That’s going to have a major impact. Because the black community, whether it’s true or not, is going to look at it like what, they’re banning menthols because we smoke menthols, so they’re going to look at it as a personal attack on the black community again. So when you’re trying to build a relationship with law enforcement and then something like this happens, that only brings us further apart. And a lot of people are going to look at it like that’s another reason for them to stop us on the street, or it’s not illegal to smoke them, but if somebody’s out there selling them and they think you’re selling them illegally, they’re going to put pressure on you to see where you’re getting them from, bringing them in.

NEILL FRANKLIN: Right. So instead of having these law enforcement responses Ricky’s talking about, let’s continue with what works. Over the past 25, 30 years, we’ve reduced tobacco consumption overall across this country by about 40 percent. And we didn’t do that with the criminal justice community. We did that with education, we did it with treatment, we did it from a health perspective and educational perspective. Let’s continue with that. Let’s beef that up even more and continue with what works, and let’s not do something that’s going to end up with these unintended consequences of increasing interaction between police and community members.

JAISAL NOOR: And last year, adult cigarette smoking was at its lowest level in generations. And Ricky, so you work in Harm Reduction in Baltimore, in some of the most heavily impacted communities. Specifically we’re talking about Baltimore, where there is this fraught relationship with police, with law enforcement and the community, which is, we see new developments around this like every day or every week. Talk about Baltimore neighborhoods here that you work in. What’s the situation now and what impact will these policies have if it was brought here?

RICKY MORRIS: OK. There’s a fentanyl epidemic, opioids is at an all-time high. And we’re combating them in the streets by trying to teach people harm reduction. And for me to be in a community like that and approaching people, trying to get their attention so I can teach them how to better help save lives, a lot of people, like I say, if they’re used to smoking, that’s a way to relieve their aggression. And you’re going to have a lot of more people being more aggressive when they don’t have these cigarettes. It’s going to have a major impact. And I don’t see any positives in this. In my opinion, if you’re going to ban menthols, first try to come up with an alternative solution to help people to ease them away from it.

NEILL FRANKLIN: And just so folks know, we haven’t seen this effort in Baltimore yet. The closest is New York City. It primarily began on the West Coast in California with San Francisco and Oakland, and they’re now trying Sacramento, and now it’s moving East, we’re seeing it beginning to move East. One of the things that we’re suggesting with the Law Enforcement Action Partnership is that, before we implement policy like this, is to conduct the proper adverse impact study as relates to race and culture.

Don’t pass laws, and you know what, this isn’t a recommendation just for this tobacco issue, it’s a recommendation for any law that you’re going to pass that involves the criminal justice system mainly. Do an adverse impact study to see what culture, what race this policy may negatively impact. I’d be really satisfied with that before we–that’s not occurring, but that’s what we’re recommending. It’d make a big difference.

JAISAL NOOR: All right. Well, I want to thank you both for joining us. Ricky Morris is an outreach organizer with Baltimore Harm Reduction Coalition, and Neil Franklin, 34 year veteran of the Maryland State Police and Baltimore Police Department, Executive Director of Law Enforcement Action Partnership. I appreciate you coming in and giving us this perspective that you’re not going to find in many other places. Thank you for joining us.

JAISAL NOOR: And thank you for joining us on The Real News Network.

Neill Franklin is the executive director of The Law Enforcement Action Partnership, otherwise known as LEAP. He’s a 33-year police veteran whose led multi-jurisdictional anti-narcotics task forces for the Maryland state police and ran training centers for the Baltimore Police Department and the Maryland State Police.

They Killed a Man in Prison. This Is How They Covered it Up