Consumer Protection Moves to Throw the Weakest Under the Bus

In one of his first moves as director of the Consumer Financial Protection Board, Mick Mulvaney scrapped a rule regulating payday lenders. "This has everything to do with facilitating fraud and predation," says white-collar criminologist Bill Black

In one of his first moves as director of the Consumer Financial Protection Board, Mick Mulvaney scrapped a rule regulating payday lenders. "This has everything to do with facilitating fraud and predation," says white-collar criminologist Bill Black 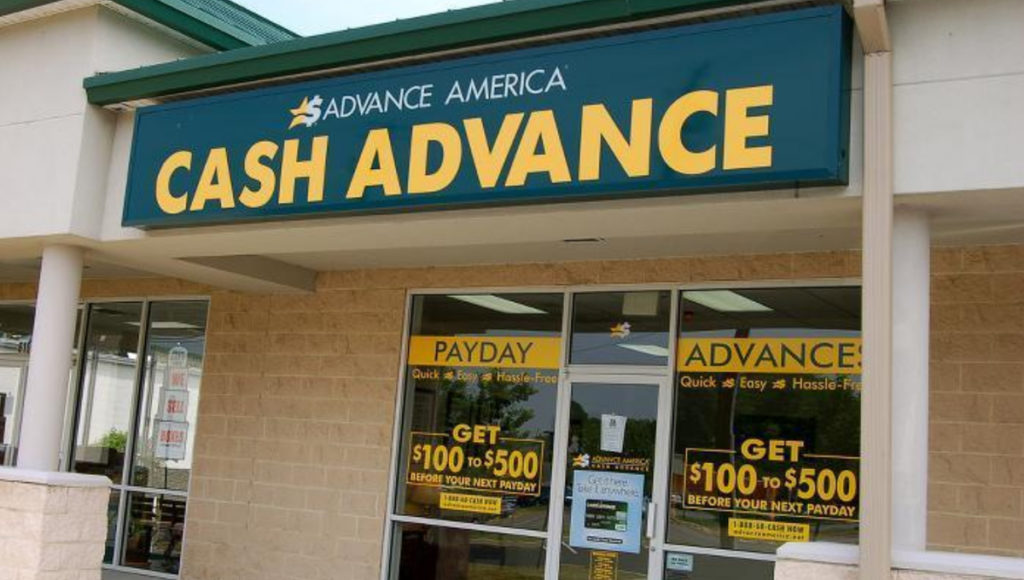 SHARMINI PERIES: It’s The Real News Network. I’m Sharmini Peries coming to you from Baltimore. This week, the Consumer Financial Protection Bureau, CFPB, and I stress Consumer Financial Protection Bureau, announced that is stepping back from regulating the so-called payday lenders. Payday lenders are usually located in low-income neighborhoods and provide short-term cash loans at interest rates of up to 900 percent. The CFPB said it is scrapping a rule that would have required these lenders to vet borrowers to make sure they’re able to pay back their small cash loans. The CFPB also announced that it is dropping a lawsuit against a group of payday lenders associated with an American Indian tribe. These have been exempt from state-level regulation, and the previous leadership of the CFPB tried to bring American Indian payday lenders under the federal regulation.

Joining me now to discuss the CFPB’s deregulation of payday lenders is Bill Black. Bill is a white-collar criminologist, an associate professor of economics and law at the University of Missouri – Kansas City. He’s the author of <i>The Best Way to Rob a Bank is to Own One.</i> Thanks for joining us, Bill.

SHARMINI PERIES: Now, Bill, isn’t it ironic that CFPB, which is supposed to be protecting consumers from financial abuse … and the 900 percent interest, doesn’t this constitute abuse?

BILL BLACK: That’s why the business community has been so eager to destroy the CFPB. The EPA, the Environmental Protection Agency, and the CFPB are their two biggest targets. In some ways, of course, this is an enormous compliment to the CFPB and Elizabeth Warren, who was the architect of the CFPB. It’s the old joke, if the payday lenders had their four worst enemies in the room and one of them was from the CFPB but they only had three bullets, what would they do? The answer is they’d shoot the CFPB leader three times to make sure that he or she was dead. That’s how much they hate the CFPB.

This comes at a particularly interesting time because we’ve just had — and it’s indirectly … a lot of this has to do with the CFPB — the most successful prosecution of some of the worst of the payday lenders. By the way, as you noted I teach at the University of Missouri – Kansas City in the falls, and Missouri is one of the absolute worst states in terms of infestation with payday lenders who operate in a predatory and even fraudulent fashion. And yes, they do charge rates that exceed 500 percent. There are some localities where it has been even … or some states where it’s been even higher than that in terms of interest rates. But we just got a conviction with a sentence of 17 years for one of the largest payday lenders in Missouri, who was heavily connected with using these Indian tribes as a way to try to commit his frauds with impunity.

SHARMINI PERIES: Bill, this conviction was based on what?

BILL BLACK: It was a criminal, that’s the only way you can get a judicial sentence like this. But it’s in large part because of the combined investigative efforts of a number of states and the CFPB. That again is the real fear because the rules would allow the CFPB to get data, to do investigations.

By the way, among the very first things that the Trump administration did when it got control of the CFPB was to put a freeze on data collection. Right? So this isn’t deregulation, this is pro-fraud. This is pro- “let’s help some of the slimiest people in the world predate on communities that are overwhelmingly poor, disproportionately old, black, Latino, and female with kids that they need to support.” It has nothing to do with regulatory burden. This has everything to do with facilitating fraud and predation. That’s how bad it is in these circumstances. It was done precisely because we were finally getting the information to be able to shut down the worst of these sleazy folks.

SHARMINI PERIES: It seems that since the CFPB director, Richard Cordray, resigned last month and now Budget Director Mick Mulvaney, I believe, is in charge. He once called the CFPB “extraordinarily frightening” and a “sick” and “sad” joke. With this kind of person heading up this area, what can be done, Bill?

BILL BLACK: First, this being the head of CFPB of course is more than a full-time job. You would work 70 to 80 hours a week. Mulvaney, as you noted, has a day job. It’s called being head of the budget, which is to say a job that should be 100 hours a week. Right? So there’s no way he can run it, so what he’s already done is brought in Congressional aide types who were dedicated to supporting payday lender lobbyists. This is their whole thing in life, so they have come in with the mission of destroying the agency’s effectiveness and, if at all possible, destroying the agency. They want to create a self-fulfilling prophecy of failure and they want to block all the initiatives that were succeeding in particular. Payday lending is one of those areas where the CFPB, not alone, in connection with the states, was really beginning to succeed and that’s precisely what scares them.

SHARMINI PERIES: All right, Bill. Thank you again. I appreciate you on The Real News and looking forward to your next report.