Albert Woodfox of the ‘Angola 3’: The US Hasn’t Really Changed

Speaking with Eddie Conway at the Millions for Prisoners March in D.C., Albert Woodfox, a recently released political prisoner held in solitary confinement for over 40 years, says that most of the changes in America have been "superficial"--but the fight goes on

Speaking with Eddie Conway at the Millions for Prisoners March in D.C., Albert Woodfox, a recently released political prisoner held in solitary confinement for over 40 years, says that most of the changes in America have been "superficial"--but the fight goes on 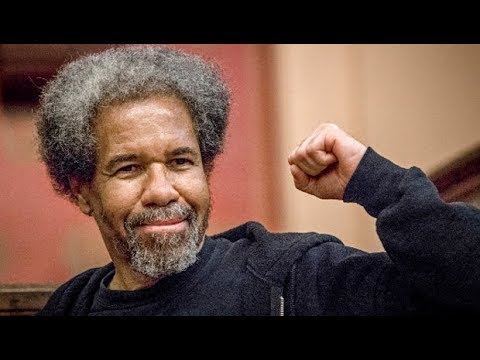 Eddie Conway: Okay it’s very few people I’m honored to have the opportunity to interview. This brother here, is a brother that I respect and he exemplifies what the strength of a political prisoner is. So, thanks for agreeing to do this for a minute.

Albert Woodfox: Thank you. My name is Albert Woodfox; W-O-O-D-F-O-X. I’m the last member of the political group The Angola Three to be released from prison. I was released February 19th, which was also my birthday, 2016. Since that time, I’ve been … along with the other surviving member of The Angola Three, Robert Hillary King, going around the country speaking about the horrors of solitary confinement, the institution of racism of prison systems and court system, and the clause in the 13th Amendment would legalize slavery in America.

So, that’s pretty much what I’ve been doing since I’ve been out.

Albert Woodfox: You know, when I was released last year, I think one thing that being in solitary confinement did was … it sharpened my sense of observation and one of the questions I was asked the most was, “How had things changed since … spending 44 years solitary confinement and in prison.” And from the observation of my surroundings and people, I felt that there was no real meaningful change in America, that all the changes were all superficial and then along comes Donald Trump, to prove that my observation was correct.

So … my task all of a sudden has become much more harder, much more difficult than I imagined it would be, but I’m a dedicated soldier, revolutionary, former member of the Black Panther party and until the ancestors tell me it’s time to come join them, I will be doing this.

Albert Woodfox: Yeah, of course. There’s still of course Mumia, Leonard Peltier, Sundiata Acoli, Mutulu Shakur, and the list goes on and on. One of my biggest concerns is that the American people are not realizing that there are political prisoners in America and it’s probably a direct result of the Federal program, COINTEL program. So you have a lot of these brothers and sisters that’s been in prison for decades because of that and as Robert is fondly saying “If you’re not a political prisoner, then you’re a political victim”.

So I think this rally today is very important because it gives prisoners and former prisoners and their families an opportunity to speak in one voice and to start demanding, first of all, a congressional hearing on the 13th amendment in which the clause that legalizes slavery can be removed and to address the institutional racism that exists in the police forces around the country, the district attorney offices in both state and federal levels and the court system itself.

When a person who breaks the law or who is accused of breaking the law, when he walks into a court room the first thing they see is color of his skin and his hair texture and his physical features and his ethnicity. And that’s not the way it’s supposed to be. We have a judicial system now where guilt and innocence, is no longer a factor. Everybody seems to be concerned with due process. So if you send an innocent man to prison, or an innocent woman to prison, or an innocent child, it doesn’t matter guilt or innocence; what matters is that you do it right. Those are the type of things that we are speaking out on and trying to start a national and international dialogue on.