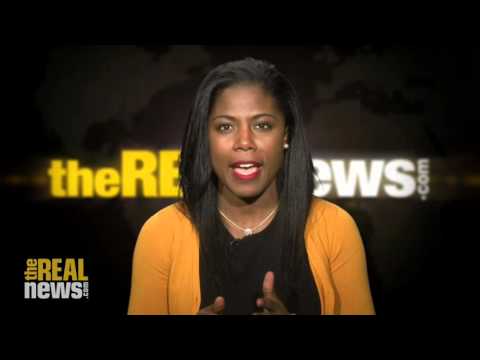 It’s no surprise to those living along the U.S. Eastern seaboard that flooding has become a major issue during storms. What may come as more of a surprise is that according to a recent study published in the Proceedings of the National Academy of Sciences the sea level rise in the 20th century saw the fastest rise in sea levels over the past 3,000 years. That’s faster than any of the previous 27 centuries. The authors of the scientific study also concluded that without global warming the sea level rise in the 20th century would have been between -3 centimeters and +7, as opposed to the 14 centimeters they observed.

Our next guest has taken it one step further in a report and made a link between the sea level rise caused by climate change and U.S. coastal flooding, the latter now a regular occurrence that has been labeled a nuisance by the media. Joining us from New York City to discuss his recent report and why this flooding represents more than just a nuisance is Benjamin Strauss. He serves as the vice president for sea level and climate impacts at Climate Central. Thank you so much for joining us, Ben.

BEN STRAUSS: Jessica, thank you so much for having me.

DESVARIEUX: So, Ben, let’s talk a little bit about the conclusions that your report drew. How did you come up with those conclusions?

STRAUSS: So we basically took records from 27 time gauges around the United States. Those are devices that are in the water by the shore and measure the water height, many of them every six minutes. And we took hourly records, and we looked since 1950 how many times the water at each of them has risen high enough that we could call it a flood. And to call something a flood we use the definition from the National Weather Service of nuisance flood. So in each city, the National Weather Service, through their observations, they know when the water gets to a certain height, local streets start to flood in some neighborhoods. Maybe the sewers back up. There are problems.

So they define this level around the country in different areas, and we counted the number of times in real life and real history those thresholds were exceeded. So in other words, how many floods were there in Annapolis, Maryland, or Wilmington, North Carolina, or New York, or San Francisco, all around the country. Then what we did was we took the analysis that came from the Proceedings paper, and we subtracted out the global sea level rise caused by humans. This was such an important paper that just came out, because it really gives us a great deal of confidence in being able to know how much sea level rise came from people, and to quantify it, put a number on it. We’ve known for a long time that people and green–through greenhouse gas emissions and global warming, we’re causing sea levels to rise. But this puts a number on it in a new way. And we have a year by year estimate.

DESVARIEUX: Okay. What were the key hotspots in the U.S., where coastal flooding has become a major issue based on your research?

STRAUSS: Well, it’s really a little bit everywhere, but I would say especially the southeast–well, mid-Atlantic and Southeast U.S. from Florida up through New Jersey, New York City. And there are also pretty sharp increases in California and even Honolulu, Hawaii. But especially the leader was at Annapolis, Maryland, had the sharpest increase in floods. They’re almost up to one per week over the last decade, and it was more like once per three months around 1950. And almost all of that change has been driven by human-caused sea level rise.

DESVARIEUX: Well, that’s the capital of the state that we’re in right now, Maryland. And that’s very interesting.

But I want to talk about who gets affected by these floods. I mean, typically sort of in the past you have this image of, you know, wealthy people who have seafront properties, and they being affected primarily. But in the case of what you discovered, did you find that more disenfranchised groups were being affected, for example, in the case of Hurricane Sandy? What did you come up with?

STRAUSS: So, we haven’t done that analysis in this study. But I will tell you, you know, when you hear about sea level rise and you see it on TV, like, often the video will cut to images of waves crashing on a beach where you might see nice homes on the beachfront, and the big storm comes in, and there are big waves and damage on the beach. And certainly sea level rise affects beaches and beachfront homes. Really it’s more big storms and erosion events.

The kind of flood that I’m talking about is the kind of flood that gets in the road and blocks you on the way to work, or blocks you on your way coming back home. It could flood your car if you park it in the wrong space. And it tends to happen, you know, we’re talking about back bay floods, these nuisance floods tend to seep in not on prime real estate but, you know, to neighborhoods like in Norfolk where people, definitely in lower income brackets, can get trapped living in homes that may now flood a couple times a year, and never used to flood before.

DESVARIEUX: Gotcha. So, then the question then becomes are we prepared for what’s happening, and what potentially can come? At the very least, Ben, are we getting prepared?

STRAUSS: New York City has invested a lot in understanding this problem, and is starting to take action. The Southeast Florida counties have gotten a climate change compact together that’s looking very closely, and they’re taking some action. Miami Beach has invested hundreds of millions of dollars, and this is a wealthy community, in pumps to push the salt water back off the street and into the ocean. But I would say that we’re really at the very beginning of truly grappling with this problem. We’re at the less than 1 percent level of where we’re going to need to be, as sea levels continue to rise.

DESVARIEUX: Where do we need to be? Let’s expand that a little bit. What sort of plans would you propose cities adopting?

STRAUSS: That’s a good question. I–and it does stray from my particular expertise and focus. I would say, you know, let me put this challenge in a little bit of context. This has never happened before, right? None of our laws, none of our legal institutions, none of the way we built our cities, anticipates what do you do when land disappears? What do you do when water rises? This is, this is one of the oldest and most profound stories that human beings have, when the flood comes. It’s very destructive. Some places will be able to, you know, we can do something by protecting our coastal wetlands, protecting our dunes, protecting natural, call it natural infrastructure, natural systems which help protect us against storms.

At some point we’re going to need to transition more and more into built solutions, or maybe levees, berms, walls. There will be some places that need to relocate over time. And some places may, we may figure out ways to engineer neighborhoods so they can live with the water. The flood comes, and that’s okay. It goes, and it doesn’t do damage, because of the way things are built.

DESVARIEUX: And some folks would say, you know, we just have to fight climate change more aggressively, as well, that this isn’t necessarily, how should we say, a doomsday report. Can this be reversed? Is this just inevitable?

But we’re seeing this–you know, three out of four floods in the United States over the last decade happened because of human-caused sea level rise, in our analysis. Three out of four floods. We’ve seen about five inches of human-caused sea level rise, and I’m telling you our best-case scenario is another one to two feet for the rest of this century. We’re inches into a problem that’s going to be measured in feet. That said, one or two feet is going to be much more manageable than three or four.

So it’s really not an either-or. We are, unfortunately, in a position where for many of our coastal neighborhoods to survive we’re going to need to both aggressively fight greenhouse gas emissions, carbon emissions, fossil fuels, and also prepare for the rising water.

DESVARIEUX: All right. Ben Strauss, joining us from New York City. Thank you so much for being with us.

Benjamin Strauss,Ph.D, serves as Vice President for Sea Level and Climate Impacts at Climate Central. He is a national expert and author of numerous scientific papers and reports on sea level rise, as well as architect of the Surging Seas suite of maps, tools and visualizations. Strauss has testified before the U.S. Senate and presented…