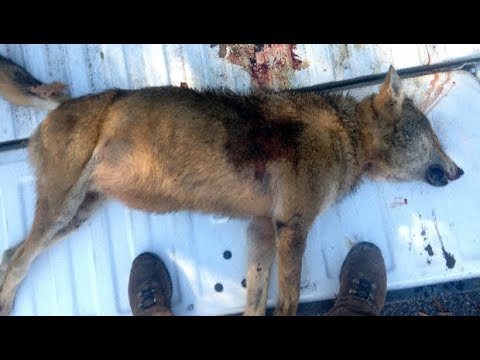 DHARNA NOOR: Welcome to The Real News Network. I’m Dharna Noor, joining you from Baltimore. The Endangered Species Act, enacted by Congress in 1973 has been praised by many. The Center for Biological Diversity has said that 99% of the species protected by the Endangered Species Act have survived, but in recent months, the Act has come under attack. To discuss this, I’m here with William Snape III. He is the senior counsel with the Center for Biological Diversity and he’s also the editor of the book Biodiversity and the Law. Thanks so much for joining us today Bill.

WILLIAM SNAPE: Thank you for having me.

DHARNA NOOR: Your organization has said that since January we’ve seen at least 39 legislative attacks seeking to strip federal protections from specific species or undercutting the Endangered Species Act as a whole. Could you elaborate a bit on what those attacks have been?

WILLIAM SNAPE: Well first of all, this is, the context is the sort of worst political situation that the Endangered Species Act could possibly hope for. You’ve got a hostile president, a hostile executive branch, and you have both houses of Congress controlled by a part that for the best, last 25 years, has made weakening the Endangered Species Act one of their main tenants.

When the election occurred and when the transfer of power was occurring, the same old people that have always complained about the Endangered Species Act, the developers, the loggers, the miners, began complaining more loudly. So much so, that Rob Bishop, the House Natural Resources Committee Chairman, a Republican, said publicly that we should just get rid of the Endangered Species Act. We don’t need it. In language very reminiscent from Don Young 20 years ago, the Congressman from Alaska who said the same thing when he chaired the House Natural Resources Committee.

I think these attacks are going to continue. I think it will be up to Congressional Democrats to hold the line. I think the more important question is going to be, when the administration, when the Trump administration starts to do some of the bidding of the special interests, the oil and gas industry, the real estate development industry and some of America’s most cherished species are harmed, I think that’s where the rubber will meet the road, because the Endangered Species Act is incredibly successful amongst both parties, and all parties in the United States.

We’re, we’re seeing something we’ve seen in cycles over the 20, 30 years. We’re just in another intense version of it, where we have some politicians in power who want to get rid of the Endangered Species Act and they have to be reminded, no, that’s not how it works.

DHARNA NOOR: Could you talk more about some of the restrictions that have been placed on industries like oil and gas as you said, and logging and mining. Why does the Trump administration or the Republican-led Congress, what do they have to gain? I assume that they don’t just really hate cute animals?

WILLIAM SNAPE: I think they, sometimes you wonder about this gang, on the cute animals front, but on the larger policy front, look at public lands and look at the amount of oil, gas and coal that is on our public lands. Oil, gas and coal that we believe needs to be kept in the ground. In fact, there’s the legal framework to begin that process, but you now have an administration that wants to extract every last drop of it, even when it’s not economical to do so.

On public lands, you’ve got species like the sage grouse. You’ve got species like lizard species that get in the way of oil and gas development, again on our federal lands. I think you’ll see a lot of battles over our public lands and whether they’re for preserving and preserving the beauty of these lands and these species or whether we’re going to open them up to the lowest bidder to export more oil and gas all over the world.

DHARNA NOOR: Beyond sort of maintaining the beauty of the landscape and sort of operating from a place of empathy, talk about why it’s important practically that we don’t have these species go extinct? Why is biodiversity important?

You’ve got people that are just not thinking rationally, maybe not even capable of rational thought, but the Endangered Species Act does provide a very effective security blanket for these species, and the fact that some are complaining very loudly really to me is a sign of the political times, not a sign that the Endangered Species act has anything wrong it.

DHARNA NOOR: Scientists have concluded that we’re now in the middle of what has been dubbed “The Sixth Extinction,” of species worldwide due to the loss of habitat and illegal trade of endangered animal parts and also climate change. Are we seeing a larger number of species going extinct or nearing extinction in the US as well?

WILLIAM SNAPE: We are. I read a recent article where extinctions are occurring and it is very worrisome, but we’re losing populations of species. Lots of populations so that a lot of extinctions are sort of being teed up right now, particularly in Africa, particularly in South America, but also in the United States. Our short grass prairie system is a fraction of what it used to be. Our coastal forests, a fraction of what they used to be, which is why we have protections there where we do.

Yes, this extinction crisis is hitting the United States and it why we believe that we need the Endangered Species Act as that ultimate habitat backdrop and security blanket. The interesting thing about the Center for Biological Diversity Study on Recovery Plans, is that in well over 90% of the instances, the species, when they’re actually given the protection and money that the act gives them, that these species, they’re on the road to recovery. They’re doing exactly what the recovery plans say those species should be doing. It just happens to take 10, 15, 20, 30, 50 years sometimes. It took many decades to get these species to this point.

What’s interesting is when the Act actually turns its attention to these species, with the recovery plans, our study showed that the species do exactly what we thought they’d do and they recover the way we thought they could.

DHARNA NOOR: What are some examples of these species we’re losing here in the US?

What’s interesting also about the southeast is that traditionally it’s thought to be a Republican hotbed, a place where Republicans can always win. I think what we’re starting to see, at least with the Endangered Species Act and with rivers and all these freshwater species, is that all people want to protect these rivers. All people want to protect these species. We’re beginning to see in Alabama, Mississippi, Arkansas, a change in how these issues play out, where unlikely allies are speaking out very strongly on behalf of these rivers.

DHARNA NOOR: Are there any upcoming related legislation in the US or actions that viewers should be aware of?

WILLIAM SNAPE: Well I think as always now, with Congress sort of a do-nothing Congress, Congress is barely able to agree on the color of the sky on a given day. The only thing that Congress has really shown itself able to do over the last decade or so is pass spending bills, bills to keep the federal government open. In those spending bills or the appropriations bills, frequently they will put on riders that will effectuate favorite policy goals of the Republicans.

The wolf has been in the crosshairs of these riders. The sage grouse to a lesser extent. Some California water issues, but I expect we will potentially see an attack on wolves in that appropriations process when the Congressional leaders behind closed doors come up with their spending bill that no one even reads but then votes upon.

We’re expecting some endangered species hits there, but we’re working hard to prevent them, but I think that’s the next big point in Congress will be around the end of September when they’re going to have to do something to keep the federal government open.

DHARNA NOOR: All right Bill. Well, we hope to get an update from you and thanks so much for joining us today.