Brazil: An Honest Politician Will Be Removed By the Most Corrupt says Legal Scholar

Prof. Boaventura de Sousa Santos says if the process moves to President Dilma's impeachment, Brazil's Supreme Court is able to intervene on procedural grounds but not on the merits of the case

Prof. Boaventura de Sousa Santos says if the process moves to President Dilma's impeachment, Brazil's Supreme Court is able to intervene on procedural grounds but not on the merits of the case 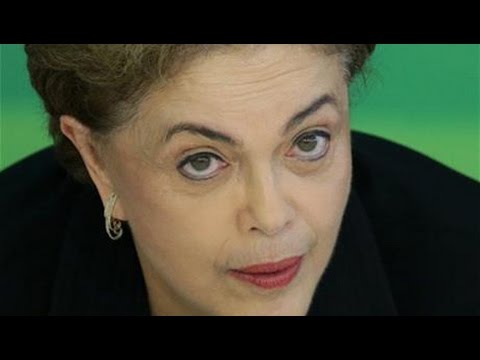 In the latest twist in Brazil’s spiraling political crisis, Waldir Maranhao, speaker of the lower house of Brazil’s Congress; on Monday another impeachment vote that they had taken a few weeks ago on President Dilma Rousseff and then he backtracked on his decision in less than 24 hours. The Brazilian Senate is expected to take a vote on Wednesday to remove President Dilma from office while the proceedings of her impeachment is underway. Now she has simply been charged with alleged corruption and alleged financial statement misrepresentations. So many people are questioning whether this is legitimate ground for the impeachment proceedings itself.

PERIES: So let’s start with a quick rundown on what happened on the last 24 hours.

SANTOS: Yes, the new speaker of the house took this kind of surprising decision to annul the decisions of the lower house in the previous sessions. Evoking some procedural errors that nullified, in fact, the decision and sent the message to the Senate saying precisely that. Therefore, the procedure, impeachment procedure should just go back to the lower house. Of course it was very surprising and in fact he didn’t even consult his colleagues at the coordinating board of the lower house. Only [inaud.] a little bit problematic [whether] the speaker could do the way he did and second of all he did that at the point in time in which the process was already in the Senate. So the president of the senate just said well you have no jurisdiction over the process anymore, the impeachment process is now in the house, in the senate and we’ll go ahead with that.

Okay then all of a sudden legal [intricacies] here which eventually can go up to Supreme Court. But this case shows basically that the state of exception exists now in Brazil. The institutions are in a sense in a situation of almost chaotic type of deliberations that make it very difficult to predict what is going to happen. And probably the one institution that still keeps some calm and some idea of the rule of law is the Federal Supreme Court. Even the Supreme Court has already been you know having some behavior that is doubtful, particularly some of the public declarations by some of the judges. But it looks like that the Senate is going to handle the impeachment.

In fact, the speaker of lower house annulled his own decision which is also a little bit almost comic and bizarre in a sense and therefore everything now seems to be back on track. That is to say this parliamentary coup, there is no question in my mind that this is a parliamentary coup because after all Dilma may be a very incompetent President but for that she should of course be defeated in the next elections, she has not committed any crime of responsibility that would justify the impeachment. As a matter of fact, I think that we are going to have a case in which probably the most honest politicians in Latin America is going to be impeached by the most corrupt politicians in Latin America. So it’s a bit tragic what’s going on in Brazil now.

PERIES: And you mentioned judges who had publicly come out. What are they saying?

SANTOS: Well what they are saying is basically there is no coup. That there is the normal democratic development and in fact in the end there will be a trial that will start as soon as the Senate decides to go ahead with the impeachment trial. They have 180 days, 6 months, to decide. In fact, this process is presided over by the President of the Supreme Court. So it is a mixture of the Supreme Court and the Senate and they are going to invite people and expense international expense and so on to decide and of course President Dilma will be suspended.

So I think all the judges of the Supreme Court, some of them have been saying things. Some of these basically on the idea that we Supreme Court are not going to intervene in this process because it is a lawful process but of course we are going to make sure that all of the procedures are respected. So on the procedure of grounds we can intervene. Not on the matter. That has been so far, the main idea that is coming out of the court. The current President [Lewandowski] is a very important and very respected judge in Brazil and so the next President which is Carmen, she’s a woman who’s also highly respected. I know both of them very well and they are respected judges. So we’ll see if the Supreme Court keeps democracy on track which is basically what we need now in Brazil.

PERIES: Professor, are you saying that even if the Senate takes a vote to I guess to temporarily suspend Dilma Rousseff’s presidency, put somebody else in place and decides to proceed with the hearings related to the impeachment that that particular process might be intervened on by the Supreme Court?

SANTOS: Of course. The defense lawyer for the President which is the lawyer for the Union has already indicated that he may bring or complain to the Supreme Court. Presides all the same grounds that he presents to the lower house. The idea that in fact there were some procedural errors that were committed during the impeachment process. I think basically the idea that the votes on the lower house was based on everything except the legal grounds for impeachment because none of the deputies mentioned actually the questions of these supposed crime which is some illegality to all the Presidents have been committing. It’s a kind of budgetary type of manipulation that they do and that the government has been doing as well. So nothing of that was discussed in the lower house. So the lawyer hopes the Dilma is going to present this in Supreme Court. Supreme Court may decide to go ahead with it should the senate should go ahead with the trial.

So now within this period the current Vice President will take office, will be the new President. Now there is some uncertainty about what President Dilma will do because she has been saying that she will not renounce. So she will be suspended, she will stay. Other people, myself included, will think that probably the best move to sustain democracy in Brazil would be for her to renounce showing that in fact there is a parliamentary coup and she’s the most lawful person here. If she renounces, but before doing that she should send a proposal for a constitutional amendment to the Congress to call for new elections in the fall because that’s now I think the start of from now on will be I think, it should be made in most of the social movements in progressive forces are thinking along these lines should be focused on the legitimacy on the new government.

Therefore, it is important that President Dilma has renounced and the new President is legitimate because it was never put to a vote and the coup, the parliamentary coup is still going on. So calling for new elections, that’s the only way to restore democracy is new elections very soon. And I think that is probably a long shot but even a constitutional assembly to reform the political system so that these things this corrupt political system is really a completely eliminated and replaced by a more healthy political system.

PERIES: Professor I thank you so much for joining us today and we’ll be following this situation and hope to have you back on very soon. Thank you.

PERIES: And thank you for joining me on the Real News Network.