As the new police commissioner names an outside investigator to look into death of Det. Sean Suiter, Det. Daniel Hersl's brother says he knows the answer

As the new police commissioner names an outside investigator to look into death of Det. Sean Suiter, Det. Daniel Hersl's brother says he knows the answer 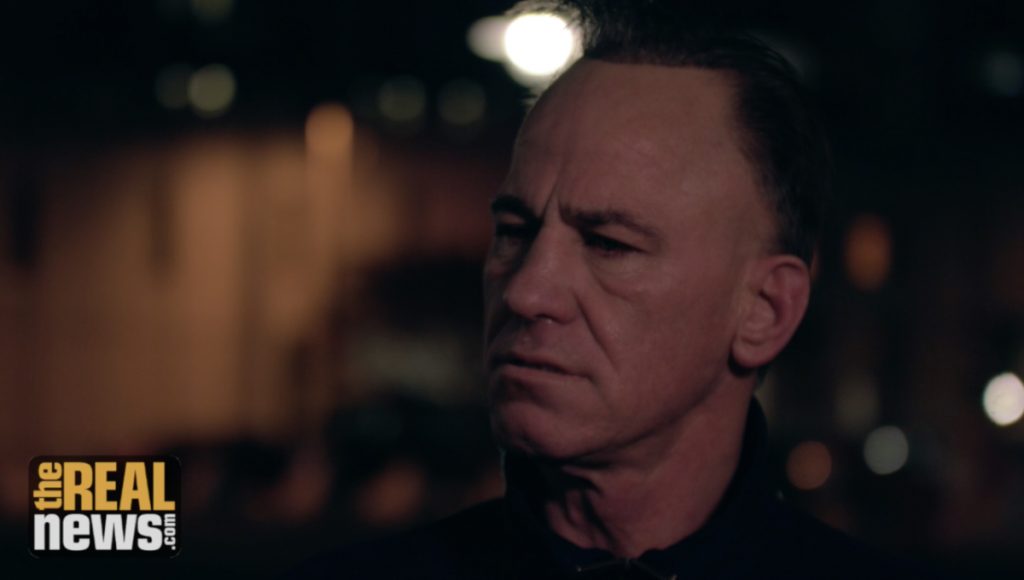 BAYNARD WOODS: The trial of two members of the Gun Trace Task Force revealed widespread corruption in the Baltimore Police Department. Among those implicated through officers’ testimony in stealing from citizens was Detective Sean Suiter, who was shot and killed in November the day before he was supposed to go before the Grand Jury in the case. His death, which resulted in a nearly week long lockdown of a predominantly black neighborhood, was followed by a hero’s funeral. But as the months have dragged on, his death remains a mystery.

Newly appointed Police Commissioner Darryl DeSousa told ABC2 News that he would bring in an independent consultant to help determine what happened to the detective. Immediately following the conviction of Task Force Officer Daniel Hersl for racketeering and robbery, his brother, Steve, indicated that the disgraced detective knew what happened to his former colleague.

SPEAKER: Do you know what happened?

BAYNARD WOODS: Steve Hersl was referring to Deputy Commissioner Dean Palmere. Momodu Gondo, one of the officers who pleaded guilty, testified that his long time partner, Jemell Rayam murdered a man in 2009 because he didn’t feel like chasing him. “Palmere,” Gondo said, “came to the scene and concocted a story to cover up the crime.” Palmere announced his retirement a few hours after Gondo’s testimony.

BAYNARD WOODS: So, you’re saying that about Palmere and people, is that stuff that he told you or is that stuff you’re hearing in court?

BAYNARD WOODS: It’s unclear whether or not DeSousa’s outside investigators will talk to Hersl, but they should. Former Baltimore Police Commander Neill Franklin says that investigations regularly function by turning criminals into witnesses.

NEILL FRANKLIN: Now we have police officers who are the criminals on the stand under the gun to give more information, to give up more names of who they’re involved with, who’s committing other criminal acts, and they’re doing it, but we can’t believe them? Why is it that we can’t believe them,but we believe, as criminal investigators and police officers when we go after gang members and others, and we charge them, and then they start telling about their accomplices and so on. We believe them. And they’re what we call career criminals. But now we’ve got criminals in uniforms doing the same thing, but we can’t believe them because they’re talking about other people in uniforms.

Cop Caught on Body Cam Arresting a Man for Talking

When a Cop Pulled a Gun on an Unarmed Teen, This Mom Fought Back—and Won