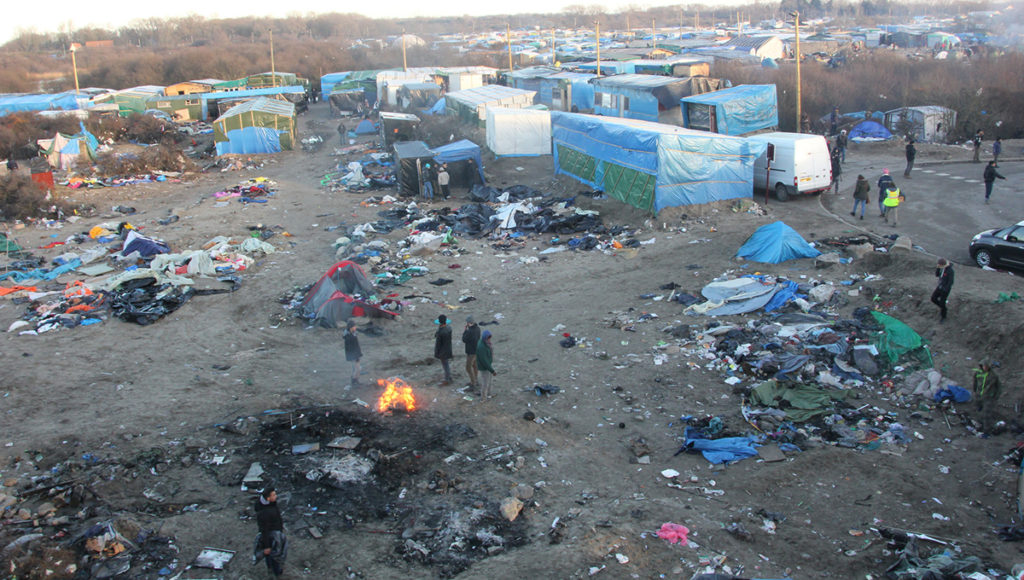 THERESA MAY: President Macron and I have both confirmed that the UK and France remain committed to the principles of the long-standing Le Touquet Agreement, under which the UK is able to carry out full border checks on French soil.

SHIR HEVER: Britain will pay £44.5 million extra to establish anti-refugee security on French soil. British Prime Minister Theresa May and French President Emmanuel Macron met on Thursday to discuss cooperation between the countries, despite the looming Brexit, the intention of Britain to leave the Common European Market. Although the loan of the Bayeux Tapestry to the UK, a piece of art commemorating the conquest of the British islands by the Normans a thousand years ago, was presented as the main result of the meeting, the actual key point of the discussion was security measures along the English Channel.

THERESA MAY: And today we have agreed additional measures, which will work in the best interests of both France and the UK, increasing the effectiveness of our cooperation. We will reinforce the security infrastructure with extra CCTV, fencing and infrared technology at Calais and other border points.

SHIR HEVER: Britain offered to increase by £44.5 million, about $62 million, the budget for security installations in France established to keep refugees away from the sea. In 2016, French security forces assaulted the Calais refugee camp, nicknamed “The Jungle,” dispersing and arresting thousands of asylum seekers. French forces bulldozed the camp. The Calais refugee camp was on the edge of Europe’s land mass, where refugees from many different war- and famine-stricken countries lived in poverty, willing to risk their lives for the chance to jump on a passing truck or train on its way to Britain.

In the face of the flow of refugees, world leaders such as Macron and May have many policy options to consider. They could take responsibility for their own military and corporations contributing to the refugee crisis. They could show compassion and offer shelter for asylum seekers. They could make efforts to protect the peace and the environment in the countries of origin of the refugees. Instead, Theresa May of the UK and Emmanuel Macron of France have taken a page from the politics of U.S. President Trump and from Israel: When faced with a complex social and political challenge, build a wall.