Over 100 economists sign petition to raise the minimum wage

Over 100 economists sign petition to raise the minimum wage 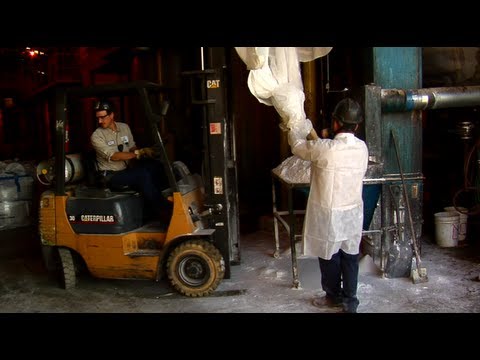 JAISAL NOOR, TRNN PRODUCER: Welcome to The Real News Network. I’m Jaisal Noor in Baltimore. And welcome to this latest edition of the PERI report.

Now joining us to talk about the latest news around the minimum wage is Bob Pollin. He’s the founder and codirector of the PERI institute in Amherst, Massachusetts, and a regular contributor to The Real News.

Thank you so much for joining us, Bob.

PROF. ROBERT POLLIN, CODIRECTOR, POLITICAL ECONOMY RESEARCH INSTITUTE: Thank you very much for having me.

NOOR: So, Bob, there’s been a lot of talk of the minimum wage recently in the media. There’s been workers striking around the country and one-day strikes. And Republicans have said we should eliminate the minimum wage altogether to boost jobs. But you kind of have a different take. You’re one of 100 economists calling for an increase in the minimum wage to $10.50 an hour. Can you talk about why you say the minimum wage needs to be increased?

POLLIN: The minimum wage in the country right now, at $7.25 an hour, is about $3 an hour–more than $3 an hour below what it actually was in 1968 in this country. In 1968 in this country, the minimum wage, after we properly adjust for inflation, was $10.65 an hour. That means in 1968–let’s take a young girl in Texas walking into her job at McDonald’s on the first day. Legally she would have to have been paid $10.65 an hour. That’s in 1968. So the proposal by Congressman Alan Grayson is basically just to bring the United States minimum wage today back to where it was in 1968.

NOOR: A lot of critics of raising the minimum wage say that the cost will hurt these fast food establishments. What’s your response to such claims?

The only problem with that argument is that it’s inconsistent with the evidence and has been for generations. First of all, one piece of evidence. In 1968, when the minimum wage was $10.65 an hour, the U.S. unemployment rate was 3.7 percent, not 7.5 percent, what it is today. So, clearly, we can operate an economy with a very low level of unemployment along with a decent minimum wage. So that general point is also true.

But then, if you get into more specifics, what actually happens when the minimum wage goes up? Does it cause unemployment in, say, the fast food industry, where you have a high concentration of low-wage workers? And the answer is, from the research, is that it does not.

The question is: well, why doesn’t it? Because, okay, you are raising the business’s cost. Then why doesn’t it cause higher unemployment, businesses laying off workers? The answer here, I believe, is that–we’ve done–myself and my coworker Jeanette Wicks-Lim have done research, along with other researchers, that find that the overall cost increase that, say, a McDonald’s would experience due to a minimum wage increase is generally modest. So, for example, if we go from today’s minimum wage of $7.25 to $10.50, how much would it cost an average fast food restaurant like McDonald’s? What Jeanette Wicks-Lim and I found is that the average fast food restaurant would experience a cost increase equal to 2.7 percent of its total sales–2.7 percent of sales. Well, that’s something, but it’s not that much, just to put it in some perspective. For a McDonald’s, say, if you’re charging $4 for a Big Mac and you wanted to absorb the cost of the wage increase through the price of the Big Mac, you’d raise the price of the Big Mac from $4 to $4.05, $4 to $4.05. That would cover half of the entire cost increase for all the workers at McDonald’s getting a wage increase to $10.50. Now, yes, you would still have to cover the other half, and that could come through the firm becoming modestly more productive. That–and here’s how you get modestly more productive. You have less turnover and you have less absenteeism. You have the workers more committed to the job. And then, yes, modest cuts, relative cuts for the owners. The owners would have to absorb maybe 1 percent of that cost. And through that combination, you could cover the entire cost increase to bringing workers up to a $10.50 minimum wage at fast food restaurants. At other types of businesses, the adjustment would be much less.

NOOR: One of the other things you hear thrown around Fox News and by conservative pundits is that, you know, these low-wage minimum wage workers are all teenagers, and we know that’s not true. Ninety-one percent of minimum wage workers are not teenagers, in fact. That being said, the U.S. boasted the highest share of young people with jobs in 2000 among wealthy countries. Now the opposite is true. The employment rate of 25- to 34-year-olds is the lowest among wealthy countries according to The New York Times. Bob, could the U.S. non-employment rate among young workers be related to the low minimum wage?

NOOR: Bob Pollin, thank you so much for joining us.

POLLIN: Thank you very much for having me.