In a milestone decision, a Florida court ruled that Bolivia's ex-President Gonzalo Sanchez de Lozada (aka Goni) is liable for civilian deaths during his presidency when he ordered protests to be repressed

In a milestone decision, a Florida court ruled that Bolivia's ex-President Gonzalo Sanchez de Lozada (aka Goni) is liable for civilian deaths during his presidency when he ordered protests to be repressed 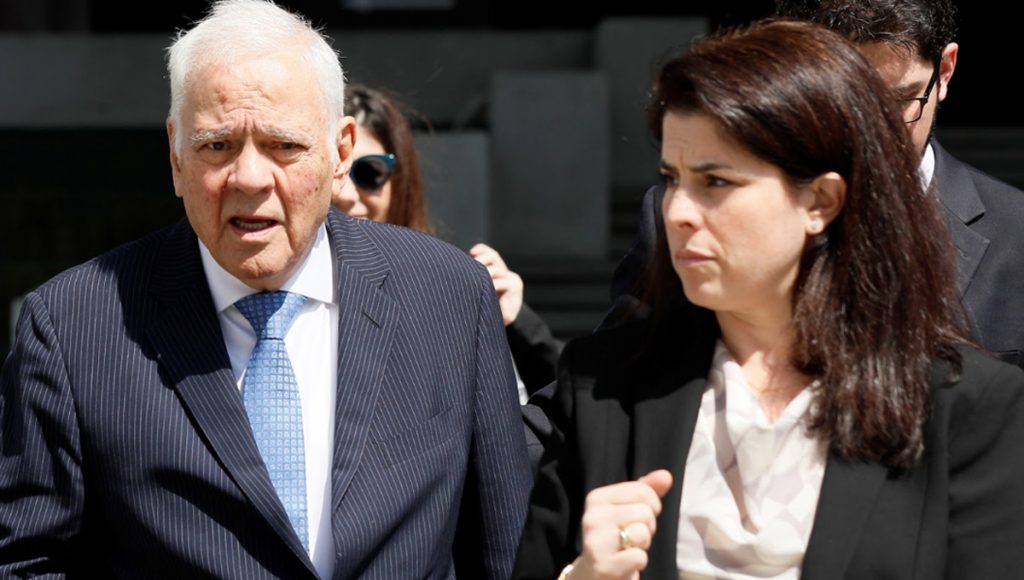 NOAH FRIEDMAN-RUDOVSKY: On April 3, 2018, a U.S. federal jury found the former president of Bolivia, Gonzalo Sanchez de Lozada, responsible for extrajudicial killings in a landmark decision. In October 2003, indigenous groups in Bolivia shut down the nation’s highways for weeks, demanding the nationalization of the nation’s gas reserves. Bolivian President Gonzalo Sanchez de Lozada deployed the military to repress the largely peaceful uprising with deadly force. More than 60 civilians were killed, and hundreds injured. In the middle of the bloodshed, Goni sought refuge in the U.S., fleeing Bolivia in a dramatic helicopter airlift.

ELOY ROJAS MAMANI: They fired on the entire community–it was a military operation. The man responsible was President Gonzalo Sanchez de Lozada. He’s the head of the government and the capitan of the armed forces. From the day they killed my daughter, I decided to fight for justice. That’s why we are here pursuing justice.

SONIA: At that moment, you don’t know what you are feeling. Because with the pain and desperation you feel like you might scream out, “He is responsible for this killing!” To scream, “Why didn’t you resolve the conflict, and my husband wouldn’t be dead.” To me, he is a killer.

THOMAS BECKER: It’s so rare you have a smoking gun. These leaders these generals they don’t say, they don’t issue orders, kill all indigenous people, shoot them, so you have to find tons of circumstantial evidence. And a lot of this evidence is hard to get into a U.S. court. A lot is destroyed by the time you actually make it to trial. These lawsuits are incredibly, incredibly difficult.

NOAH FRIEDMAN-RUDOVSKY: Fifteen years after the gas war, nine Aymara plaintiffs walked out of a Florida courtroom with a verdict.

THOMAS BECKER: I’m very excited to say that today a jury of 10 members unanimously decided that Bolivia’s ex-president and defense minister were liable for the deaths of these people’s family members.

JUDITH CHOMSKY: The Torture Victim Protection Act was passed to make sure that the United States couldn’t be a safe harbor for foreign rulers who use torture or extrajudicial killing, which is basically a kind of murder, against their own citizens.

ELOY ROJAS MAMANI: I am very proud to have forced a millionaire to sit in the chair of the accused. We sat face-to-face, on the same playing field. That was the most important thing to me. Now I’m ready to go home to my country.