Bart Lubow: There are many proven alternatives to incarceration

Bart Lubow: There are many proven alternatives to incarceration 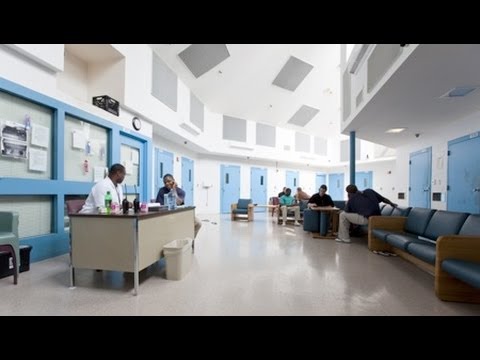 PAUL JAY, SENIOR EDITOR, TRNN: Welcome to The Real News Network. I’m Paul Jay in Baltimore. We’re continuing our series of discussions with Bart Lubow. He is the director of the Juvenile Justice Strategy Group at the Annie E. Casey Foundation in Baltimore. Thanks for joining us again.

JAY: Alright. So if you get to be–what can we say?–king of the youth justice system in America, what would that system look like? What would the reforms look like?

JAY: It seems to me someone named Jesus said something like that. But go on.

LUBOW: Well, that wouldn’t be bad company, I suppose, from a moral standpoint. But we don’t operate our justice system that way. We have a justice system that is primarily responding to the behavior of poor youth of color. And then we have what happens to kids from more privileged backgrounds, and especially white kids from privileged backgrounds, which, unless their behavior is really egregious–I took out a gun and shot somebody–they get dealt with in a totally different way. So the first thing is I would try to make real this standard that if the system cannot meet the my-child test, then the system needs to be changed, in fact, to do that. [crosstalk]

JAY: Okay. Let me just say a counterargument you might get from some people. I’ve raised my kids well enough, and I put a lot of time into it, and my kids are mostly well behaved, and why should I suffer the consequences of families who don’t know how to raise their kids.

LUBOW: It would have far fewer kids in it, and they would not be in ridiculously expensive lockups that have hideous rates of recidivism that result in great victimization of other members of society. So let me say that when it comes to money, juvenile justice does it with the best of public systems. So I don’t think the my-child test means more expensive–. And I think the my-child test, if applied to juvenile justice and effectively implemented, would in fact result in benefits for the community at large. There would be less victimization. There would be less taxpayer dollars wasted on interventions that may satisfy our retributive instincts but don’t do anything in terms of preventing crimes.

JAY: So is there any model that’s–approximates what you’d like to see?

LUBOW: No. There’s a collage of things that we would like to see, bits and pieces of which apply in different jurisdictions around the country. But if you are asking me to define a model system, I would have a system where far fewer kids are pulled into it. So juvenile crime has been on a serious decline for over a decade now in the United States, and yet the overall docket of the juvenile court has not decreased proportionately. Why? Because of things like zero tolerance in school, which have given us a whole new array of cases to prosecute, but not necessarily because there have been real changes in behavior patterns on the parts of kids. I would have far fewer kids locked up. Right now we lock up large numbers of kids for relatively minor offenses, oftentimes because they frustrated or angered us, failed to follow a rule, failed to abide by a court order, that sort of stuff. I don’t mean to minimize those things, but the notion that the proper response to repeated truancy is a lock-up just isn’t borne out by any of the evidence. I would refocus our work in the community of juvenile justice considerably. I would make it much more focused on the family. There are things that teach parents how to be better disciplinarians, how to set better limits, how to respond in a more timely way to their adolescents’ behavior. We know what those interventions are. We even have a whole movement in this country around them that’s referred to as evidence-based practices. We just do them very marginally. The institutions of the system that have been in place for decades, like probation, continue to be the primary things we fund, even though there’s very little evidence for their efficacy. The things that we have studied scientifically for which we have evidence of efficacy we tend to fund marginally.

JAY: What about drug policy? How does that factor into your dream juvenile justice system?

LUBOW: Drug policy? I think our drug policy in this country makes very little sense and has obviously had very little impact in terms of minimizing drug abuse and addiction in our country. I think the drug problem is essentially a public health problem. And we’ve tried to deal with it by criminalizing it the same way we did with alcohol in early parts of the last century. And the consequences have been the same: lots of crime, lots of criminal justice expenses.

JAY: So what would you do? I mean, people are–I mean, I guess the question someone might ask you is: number one, what are you going to do with kids if there’s less restrictions on drugs, that you might have even more kids into drugs? And that would be one argument. And then the second argument will be: what are you going to do with really violent kids, this–your system of not detaining people?

LUBOW: First of all, I’m not saying nobody gets detained. I’m saying if we detained youth who really posed a threat to public safety, we would have far fewer kids detained today than we currently do. Okay? So I’m not saying let’s tear down all the jails and let’s abolish detention or incarceration as an option. I’m saying let’s use it appropriately, prudently, and in a restrained way. We tend to use it in a wholesale way in this country and in ways that make no sense. Half of the kids who are arrested and admitted to a secure detention center, the juvenile equivalent of a jail, are in and out in five days. Now, either they’re giving some kind of magic pill to the kids during those five days that eliminates the risk that they pose to public safety, or the system simply doesn’t know how to make these decisions in a timely way and in a smart way.

JAY: In terms of a more rational drug policy, how would you deal with all these kids that are getting busted for pot, which seems to be one of the number one reasons young people are getting arrested in Baltimore?

LUBOW: Well, again, I would do more in the way of prevention, more in the way of treatment, although I don’t think the kids that you’re describing are ones that really–the majority of them will not have treatment needs. They’re just doing what adolescents do, and they’re no different than the entering freshman class at Harvard in terms of the frequency with which they smoke pot.

JAY: Alright. Let me ask you this. Is there [incompr.] evidence-based drug policy, is there any evidence that arresting kids for pot has a positive effect on society?

LUBOW: There is none, and the volume of arrests for possession of marijuana is the best indication that the threat of arrest is not a deterrent.

JAY: Are there any examples of models or practices in the US where you start to see something that looks like a more sensible approach to juvenile justice?

LUBOW: Missouri operates the best youth corrections system. The facilities are small. The largest one has no more than 50 beds. Most of them are 35 beds or fewer. The environment is normalized. That is, you don’t feel like you’re in a correctional setting. Kids are safe to be teenagers and to experience the developmental milestones that kids need to experience in order to become healthy adults. The staff are highly trained, highly motivated, virtually all college-educated. They stay. They have one staff member with the kid throughout their entire time, both in the institution and then when they return to the community. It’s just a much more rational system that’s really aimed at helping the kids grow.

JAY: And is there evidence that there’s better results in terms of the recidivism?

LUBOW: Sure. Lower recidivism, lower cost, all the things that people want, there’s evidence in Missouri.

JAY: You would still argue, while that model is a far better model than other detention centers, you still think the better alternative is less detention.

JAY: Well, what’s wrong with that?

LUBOW: Well, I think kids do better when they’re raised at home.

JAY: Even if the home is in such terrible situation?

LUBOW: Well, I think we haven’t done nearly enough to strengthen the families.

JAY: So put the money where the families are.

Mr. Lubow worked for the New York City Legal Aid Societyâ€™s Criminal Defense Division and as director of Special Defender Services for Legal Aid, where he developed interventions and strategies to enhance representation in criminal cases. Mr. Lubow was named director of Alternatives to Incarceration for New York State and, during his tenure, 175 new…