Bill Black: Operation involving drug money carried on for almost a decade before being charged; much bigger crimes on Wall St. go unpunished

Bill Black: Operation involving drug money carried on for almost a decade before being charged; much bigger crimes on Wall St. go unpunished 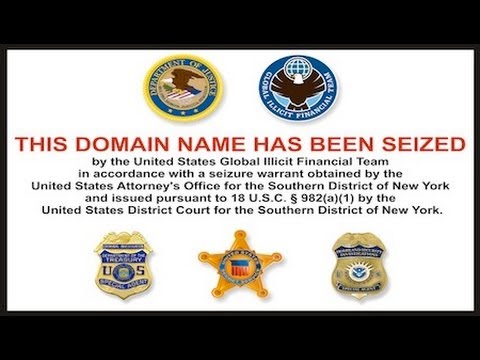 PAUL JAY, SENIOR EDITOR, TRNN: Welcome to The Real News Network. I’m Paul Jay in Baltimore. And welcome to another edition of The Black Financial and Fraud Report with Bill Black, who now joins us from Kansas City.

Bill is an associate professor of economics and law at the University of Missouri-Kansas City, and he’s the author of the book The Best Way to Rob a Bank Is to Own One.

JAY: So what finance and fraud has captured your attention?

BLACK: Well, this is my white-collar criminology hat and former financial regulator. We have Liberty Reserve, which the government has arrested a number of its principals and is seeking others who are fugitives at this moment. And the government alleges that they have been a criminal operation, laundering money for druggies and for child pornographers, etc., etc. For seven years they say they’ve been operating, to the tune of laundering over $6 billion. And the government alleges that once they finally got somebody inside the outfit using the services, that they deliberately used names like “Bogus Account” and that Liberty had no problem at all with those kinds of monikers to describe the transaction.

So this is being, of course, touted as a great success. And it’s also interesting in that Liberty used a digital monetary system to aid in its money laundering. And as a collateral matter, not that Bitcoin was involved, but it ended up shutting down some of Bitcoin’s operations as well, because apparently they use the same server and such.

JAY: Yeah, that’s what–Liberty was an online money exchange. Is that it? And then the authorities are saying that they helped 1 million people essentially launder, what, $6 billion.

BLACK: Yeah, $6 billion. And they claim that it’s–front to back basically catered to criminals. So they caught the principal guy who set it up doing a digital currency exchange scam involving money laundering seven years ago, whereupon he promptly started a new online operation, but he did it in Costa Rica. And he gave up his citizenship after a confrontation with a U.S. official, because he said his citizenship could get him arrested.

Now, the combination of the prior felony and the fact that he gave up his citizenship to be able to run an operation that had just been found to be unlawful might, you think, have tipped off U.S. authorities that maybe it should investigate and shut down this operation, or maybe even Costa Rican authorities, but it did not. Costa Rica finally shut down the operation, apparently roughly a year ago, whereupon they again went semi-undercover with just a slightly leaner staff, according to the allegations, and ran the same scam, continued it in Costa Rica.

So this is the kind of thing that if the allegations are true, then literally hundreds, actually probably thousands of people knew about this scam who were committing crimes. And when you have that many people, they’re being arrested all the time. And we couldn’t get intelligence from any of these people on, you know, good old let’s make a deal to shut down this operation. It’s wildly improbable.

So this is in the context of HSBC, the massive European bank; Standard Chartered, another huge European bank; that were found to have money-laundered for a decade, including, in the case of one of them, the most violent cartel in Mexico, and they got off with nobody arrested.

But this one, well, this is not prestigious people at major banks, so, you know, we will finally arrest them. We’ll just wait seven years and $6 billion later and hundreds of thousands of felonies later before we do it. In other words, law enforcement’s usual stuff we’ve been seeing: one rule for the big banks; another rule for other folks. But even the rule for other folks when it comes to massive money laundering for purely criminal operations [incompr.] enormous degree of practical immunity, such that you can do $6 billion of illegal transactions before you’re put out of operation. Bottom line, again, is we have essentially the ability of elite white-collar criminals to commit massive frauds for a better part of a decade with complete impunity.

JAY: It seems rather bizarre given the homeland security and the antiterrorism financial regulation laws that seem very strict. I know when we wired money once to a freelance journalist, he had a middle name that was the same name as a fairly notorious Colombian drug trafficker, and they held up the wire transfer for about two weeks to make sure he wasn’t the drug trafficker. So, I mean, they have–in some ways they have very strict regulations. But then all of a sudden you look at something like this and there seems to be none at all.

BLACK: Right. We have very strict regulations that bind a great deal on relatively honest smaller banks, but it turns out that they bind not at all on the largest banks and that they bind only very, very, very–after a huge delay, with the outright criminal operations.

JAY: So what else caught your attention this week?

BLACK: Well, I did a new piece comparing and contrasting the wonderfully named Operation Swill. Operation Swill was an operation by New Jersey’s Alcoholic Beverage Control folks with aid from their state attorney general. The investigation took over a year. It was prompted by a whistleblower who became a confidential informant and aided them in targeting which restaurants and bars that were serving allegedly top-shelf alcohol, but people were actually getting cheap brands or diluted brands or rot-gut type stuff. Allegedly, in one case they got rubbing alcohol plus [kArm] sold as scotch.

And they got the aid–they being New Jersey–for this investigation of the industry. Now, let me be clear on which industry. They certainly didn’t get the aid of the restaurateur industry; they got the aid of the makers of premium booze, because, of course, the people that make premium booze, if their brand gets sullied, then it’s pretty much useless. So they’re willing to spend a lot of money, and they have expertise and even technology.

So people went in and they ordered surreptitiously drinks neat–carefully ordered them neat. And they tested, using modern technology provided by the high-quality producers of booze, samples in the field. And this new technology allowed them to get results back almost immediately that indicated that there was a lot of this booze switching.

So how much of the booze switching was there? Well, about one-third of the places they went to to 40 percent, somewhere in that range, they, New Jersey alleges, were switching booze, and roughly one in five drinks was phony according to New Jersey. Again, this went on for a full year, the investigation. New Jersey says it involved over 100 investigators. And it was prompted by a whistleblower.

So let’s contrast that to something, you know, trivial like the massive wave of fraud that drove the current crisis. As recently as fiscal year 2007, the FBI put a grand total of 120 agents working nationwide. That’s the total working on mortgage fraud. There were over 2 million cases of mortgage fraud, and they were driving the largest financial crisis in four generations. There were whistleblowers available, but the Justice Department took no steps to take advantage of them, to go after the elite institutions. The FBI did try to use the industry, but, of course, they went to the equivalent of the restaurateurs association. They went to the Mortgage Bankers Association, and the Mortgage Bankers Association refused to even make criminal referrals when it discovered fraud, so they were active opponents of any effort to regulate. There was no Justice Department effort to get whistleblowers to come forward. There was no followup when whistleblowers did come forward against the elite institutions. There were a trivial number of FBI agents, roughly the same [snip] that New Jersey was able to muster to look at 63 restaurants to see whether they were switching booze. And, you know, that’s not a nice felony, and it’s a fraud, but in the grand scheme of things, this demonstrates how absurd the FBI’s priorities were and the Justice Department priorities were.

And what New Jersey found, as you would expect, is clustering. In other words, there were a whole bunch of a particular chain, T.G.I. Friday’s, 19 of them, allegedly, that engaged in this practice. So, again, New Jersey did an intelligent investigation. It looked for the networks. It looked for where the frauds were worse. It suspected that there would likely be clustering, you know, that if a single guy owned all the franchises in New Jersey–and there is a guy that owns most of them–that if they had problems at a number of those shops, probably they should look at all of those shops, and they were a very substantial source of failure.

Had we done the same thing, we would have quickly identified places like Ameriquest and Countrywide and Washington Mutual and IndyMac as these hotspots of fraud that we could have put the FBI agents in undercover in the same way that was done in New Jersey and actually do testing as was done in New Jersey. In other words, you could have–you could hire people who go in and take out mortgage loans, and they could report back on whether the loan officers and the brokers are telling them to inflate their incomes. And then you could have a criminal operation against a place like Washington Mutual.

Remember, the warnings came in September 2004 from the FBI, the twin warnings that there were an epidemic of mortgage fraud and that it was likely to cause a financial crisis if it were not contained. Again, three years later, 2007, in response to that crisis, they had put a grand total of 120 FBI agents, roughly the same as were used in New Jersey to go after 63 restaurants in an investigation of booze switching. It is a travesty.