Gender Wage Gap is Shrinking – Male Wages are Going Down 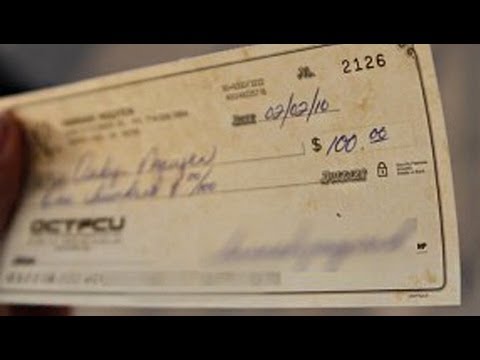 And now joining us from Kansas City, Missouri, is Bill Black, where he’s an associate professor of economics and law at the University of Missouri-Kansas City. He’s a white-collar criminologist, a former financial regulator, and author of the book The Best Way to Rob a Bank Is to Own One.

JAY: So what have you been thinking about, working on this week?

BLACK: Well, this week has had two studies come out on the gender wage gap. And they both look at only one portion of that wage gap. And so I’ve been thinking about this and channeling to some fair extent my spouse’s work and her coauthor, Naomi Cahn’s. This is June Carbone and Naomi Cahn.

The general thing is that the gender wage gap overall over the last, say, 30 years has shrunk. But most of that so-called improvement doesn’t come so much from women who are relatively less wealthy doing fabulously in terms of income; it comes from the fact that men in lower income brackets are doing horrifically. They’ve just fallen off the cliff over the last 30 years or so. And so the gender wage gap has fallen, but it’s not exactly something that anybody wants to celebrate.

Meanwhile, the gap in gender has actually grown and grown substantially for people that have college degrees and beyond. And what’s going on here, I think, is two aspects of the same overall phenomenon, and that is the enormous rise of finance in the United States and in much of the world.

So finance, which is just supposed to be this kind of pretty small middle-man activity, is now back up to record levels it was at before the crisis of having 40 percent of the total corporate profits in America, roughly. Now, that’s terrible news, to begin with, for the economy, because you don’t want the middlemen to get rich; you want the productive people to be getting rich, and the middlemen are supposed to just be helping them get the money to be productive. Instead, they’re obviously, you know, functioning largely like parasites under the modern system.

But it is finance that is largely driving the push for globalization, which is a word that means many things to many different people, but in this context I’m talking about the race to the bottom in terms of wages. And I mean wages as opposed to salaries, typically, but sometimes salaries as well.

And so what we’re seeing is–and this first study, which was by Third Way, which is this group that pretends sometimes to be center-left but is actually completely a creation of Wall Street–it’s run by Wall Street for Wall Street with this false flag operation as if it were a center-left group. It’s nothing of the sort. Well, they hired an economist to do a study about the gender gap, and they ballyhooed it as, hey, good news, the gender gap is falling. Then you have to actually read the study to see that, well, no, it’s actually bad news. It’s what’s happening to males.

And then their spin on the story–remember, this is supposedly a center-left group–is, see, the Democrats are wrong in concentrating on jobs and employment; this is really a cultural matter. So that was the spin put on this study.

And I did quite a piece on the Third Way exposing this and the fact that it really is economics. It’s the economics of change, and to some extent the wave of incarceration of African Americans, but basically these two things coming together to devastate the working class in the United States. So yet again it’s finance largely driving it on the bottom of the income distribution.

But it turns out it’s also finance driving the ever-expanding gender gap at the top of the income distribution. So the American Association of University Women have just come out with a study on what’s behind the gender gap, and they showed that upon graduation it’s already significant. There’s a 20 percent differential simply as men and women come out of university. But after that, as they get more experience, the gender gap widens.

JAY: Now, Bill, is this particular to people working in the finance sector? Or it’s throughout corporate America?

And what’s particularly fun is that there was a third study that came out in this same week, and this third study says, you know what, actually, women make far better senior managers than men, that if there’s no woman on the board of directors, there’s a 20 percent increased chance that a corporation will go into bankruptcy.

JAY: I’m not sure why it would apply to doctors, but in finance I could offer a theory. This is of course just a speculation. But at any rate, there was a study done of the Vancouver stock exchange by a doctor Elliott Barker, who had developed this criteria for deciding or measuring, judging whether someone has a sociopathic personality or not and found–I think it was–the number was extraordinary–more than half–I think it was almost 60 percent of the Vancouver Stock Exchange measured in the sociopathic area. And maybe if men do–a higher percentage of men do tend to be sociopaths, and maybe sociopaths do better in finance. So maybe that would–may be why they want to hire more men.

BLACK: Well, they don’t do better. They do worse. They cause massively greater losses. But they get higher incomes and they get promotions. That’s the terrible thing, right?

JAY: Well, do better in terms of the criteria of management that are going to share in the short-term spoils.

BLACK: That’s right. They follow strategies. And that’s actually the fourth study. So the fourth study I’ve alluded to before is by–but, again, it’s very recent. It’s by conservative finance professors, and it finds that at our most reputable, quote-unquote, banks, fraud was pervasive and that the banks made a ton of money through their fraud for the officers–not for the banks, of course. And so all of these things come together.

You are correct that when we look at senior executives throughout industry, we do find that there’s an unusually heavy percentage in the senior leadership of sociopaths. Now, that’s still a relatively small number. So I’m not familiar with the Vancouver Stock Exchange.

But yes, most people have the sense that finance gets the worst of the worst personality types. And in terms of the gender gap, it is one of the areas throughout the elite world which is the most viciously sexist. And so this the studies and the lawsuits show, and of course the expose books, like Liar’s Poker and such, help reveal just how nasty these entities are towards women.

But it turns out, if we flip it around, of course, we have a potential win-win-win. If we reduce the gender disparities, which are enormous in the upper ranks of finance, by bringing many more women in, we get fewer sociopaths, we get fewer folks with extreme narcissism, we get increased altruism–and there’s another new study that says the way to be a better manager is to help people. Well, that’s altruism at its extreme and such. And we get better decisions, right, less fraud, better investment decisions, so that the economy tends to grow and be more stable. So what we have is modern finance is driving both aspects of gender inequality, and of course over [crosstalk]

JAY: And it’s a very deliberate thing. I’ve talked to people that go to work in finance, and there is a kind of a boot camp approach, I mean, military style boot camp approach, like night after night of sleep deprivation and crazy amounts of work thrown at people in order to prove they can make it to the higher echelons. And it’s kind of weeding out anybody with any kind of normal human sensibilities about things, and if you’re not absolutely totally committed to making the maximum amount of money and you don’t care about your family or anything else, if you’re not that kind of person, you’re not likely to rise in those organizations. And it’s a very deliberate filtering, as people rise to the top, for certain kind of personality types.

BLACK: And that’s the good organizations, because you also get at the worst organizations exactly that self-selection. So I gave a speech down at Texas once. The people that arranged it took me out to lunch the next day because they were intrigued by something they said. And the guy said, you know, I was the guy that hired in the elite MBA program for Exxon. And he said, it is true that when Enron was at its peak, we lost a number of folks who chose to go to Enron with its higher salaries instead of Exxon. But in a number of cases, I’d get a phone call three months later, six months later, from the guy or gal that went to Enron, asking, is that job still available.

In other words, Enron was a pervasive fraud. Anybody in the senior ranks had an open brain knew about it, and the people least comfortable with assisting a fraud tended to get out of those organizations. So over time, the worst organizations–again, this is why it’s so scary–at the supposedly most reputable banks in the world, conservative finance scholars have now documented that fraud was, to use their word, pervasive.