London and Wall St. in a dangerous competition to create a more unregulated environment for finance

London and Wall St. in a dangerous competition to create a more unregulated environment for finance 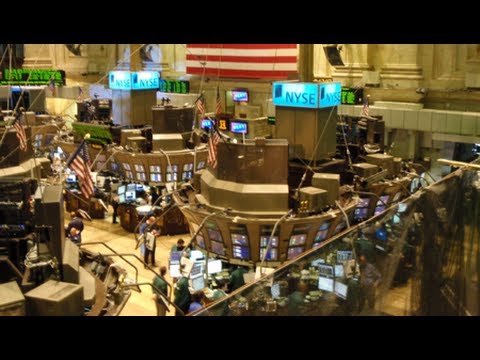 PAUL JAY, SENIOR EDITOR, TRNN: Welcome to The Real News Network. I’m Paul Jay in Baltimore. And welcome to this week’s segment of The Black Financial and Fraud Report.

[inaud.] is Bill Black. He teaches at the University of Missouriâ€“Kansas City. He’s a white-collar criminologist. He teaches law and such. And he is also the author of the book The Best Way to Rob a Bank Is to Own One. Thanks for joining us again, Bill.

BLACK: Well, I’ve got something from your backyard. In Baltimore, Maryland, there was a conference at the University of Maryland, and the keynote speaker was Brooksley Born, one of the great heroes of this whole crisis, the one who tried to protect us from some of these financial derivatives and got squashed by Alan Greenspan. What she had to say that was particularly interesting was a theme that we’ve talked about in the past, and that is the race to the bottom, the competition in laxity in regulation.

And here was the key thing that she told us, that they used to have good regulator relationships with the United Kingdom, but once the FSA, the financial services administration, was created to be sort of the one-stop regulator doing everything in finance in the United Kingdom, the senior leadership began flying over to America for industry trade association meetings and explaining to the American financial firms that they should relocate to the City of London because they could have much weaker regulation. And, of course, some of them did exactly that. And that’s why it’s no surprise that you’re seeing scandal after scandal after scandal originating in the United Kingdom.

JAY: And this was under Blair?

BLACK: This was under Blair, and this was one of his big ideas. It was under Blair, and, of course, under Brown, who was his guy in charge of what we would call the treasury and then succeeded him as prime minister after some grumpy relationships between him and Blair. So this was, you know, really bad and helps explain why as bad as the U.S. is, even more of the scandals originate in the City of London.

And then another speaker, who hadn’t had anything toâ€”hadn’t even been there when Brooksley Born was talking, so this was independent, brought up the fact that in what we call initial public offerings, IPOs, which is when you take a private company public and issue shares for the first time, that what they saw there was again the City of London deliberately competing for laxity, saying, you know, do your initial public offering in the United Kingdom, because our rules are much weaker than the Securities and Exchange Commission in the United States. So that was real-world oomph to what we’ve been warning about.

And, again, we have one of the two parties, Greg Mankiw, who describes himself as a principal economic adviser to Governor Romney, saying, yeah, we’re all for that; what we want to do is reintroduce that competition in laxity among governmental units, even though it’s proved disastrous.

That was the first area.

The second area I wanted to bring to folks’ attention: a different way that the right is becoming radical. I mean, you know, you probably think of all the conservative ways, but the right has become radical, or at least part of the right that deals with finance, in almost the opposite direction. So we have the new book by Sheila Bair, a pretty conservative Republican who is, among other things, the head of the FDIC, that just rips Treasury, and Geithner in particular, but not on the usual sort of Republican analysis, but on the analysis that the Treasury and Geithner are way too close to the biggest banks, particularly Citicorp, that they ran the bailout completely for the largest banks, not for the public, even though the public was frequently innocent and the banks had the great culpability. So this is just an absolute blast at Geithner. And again I would remind people: Geithner was a registered Republican until he was going to be head of Treasury and as a fig leaf became an independent. So this is a fight within at least fairly conservative Republican mindsets, saying, you sold out to the big banks.

Then we had the recent book by Barofskyâ€”again, not a sort of a liberal type, but a green eyeshade type prosecutor and suchâ€”who absolutely lays out Geithner and says that these are guys that didn’t want to prosecute anything that were there to protect the banks and were not there in the bailout to protect the American people.

BLACK: And we have Hoenig from my area, Kansas City. So he was leading part of the rebellion against Ben Bernanke. So people think of him as very conservative. And he is. But what his famous statementâ€”and I was there to hear it in a group of about 20â€”was that when we pick our Treasury secretary in America, now and about the last 25 years, he says, we hold an auction and bid him off to the highest bidder among the giant banks. And then he said, of late, you know, Goldman Sachs has been winning that auction.

So these are, again, very conservative people who now have a really radical view of the economic and financial system and are saying our biggest banks dominate our administrations, dominate all the organs of political power, and use that power for their own benefit to harm the American people. They get wealthy by being predators against the public.

JAY: And, Bill, you know, the debate’sâ€”the first debate’s coming up next week. What difference, if any, do you see in reality between a President Obama and a Romney administration in terms of regulation of finance?

BLACK: Well, the Romney campaign officially says that they will repeal all of Glassâ€“Steagall. And there are some good parts of Glass-Steagall, even though I think overall the bill was notâ€”.

BLACK: I’m sorry. Doddâ€“Frank. You’re quite right. And they have said, as I just explained, that they want to introduce theâ€”reintroduce the competition in laxity and they want to win that competition with the City of London. Well, everybody loses when you have a competition in laxity. So as bad as the Obama administration has been, and it’s been very bad on financial regulation, you have Governor Romney, and Ryan, of course, arguing they’re going to be even worse. So I guess there actually is going to be a difference, even though going into the election you might not have thought about it.

It seems a curious political position. For example, the Tea Party doesn’t like that idea at all. And, of course, Romney is usually completely subservient to that aspect of the base. But you can see what happens when push comes to shove: he goes with the donors, not with the base of his party.

JAY: Right. Thanks very much for joining us, Bill.

JAY: And thank you for joining us on The Real News Network. And Bill’s with us every week. And if you’d like to see more of this, there’s a button over here, ’cause if you don’t do that, we can’t do this.