Bill Black: A group of Democrats called "The Third Way" are working with President Obama towards the "grand betrayal" on social security

Bill Black: A group of Democrats called "The Third Way" are working with President Obama towards the "grand betrayal" on social security 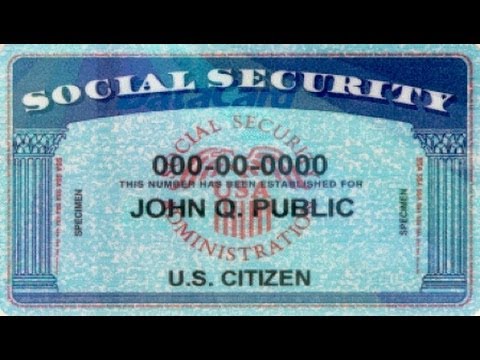 And welcome to this week’s edition of The Black Financial and Fraud Report with Bill Black, who’s an associate professor of economics and law at the University of Missouriâ€“Kansas City. He’s a white collar criminologist, a former financial regulator, and author of the book The Best Way to Rob a Bank Is to Own One. Thanks for joining us again, Bill.

BLACK: Well, last time we talked there was the problem that I pointed out, that Obama was promising, if he were reelected, that he was going to enter into what he calls the grand bargainâ€”and what I call the great betrayalâ€”in which they would put cuts in the safety net on the table and begin the process of gutting Social Security, which is, of course, Wall Street’s greatest dream.

So the first thing that happened, even before the election, there’s a group called the Third Wayâ€”which styles itself as moderate Democrats but has a board that is completely dominated by Wall Streetâ€”said, oh, you know, this is terrible, this talk of it being a betrayal; it’s the only choice we have to save America. And then as soon as Obama wonâ€”in fact, as soon as he was projected to win, commentators began talking about the very first thing the president needs to do is to enter into this supposed grand bargain (to me, great betrayal). And now we have a flurry of written stuff saying that that’sâ€”it’s vital that Obama do just that.

Out of the box we have, of course, leading the way, as it always does, The Washington Post, whose greatest goal is to start the privatization of Social Security. And they have a prominent op-ed by Erskine Bowles, he of Bowlesâ€“Simpson. This was the BS report that said before the election we needed to start the process of privatizing Social Security and cutting back the safety net.

JAY: For peopleâ€”Bill, for people that don’t know the issue that well, what does that mean, privatizing Social Security? How would that affect people?

BLACK: So Social Security is an exceptionally well-run program with incredibly low administrative costs that has gotten people, you know, a healthy retirement. And it’s changed old age in America from about 50Â percent of the time being in poverty to a life that you can lead with some degree of dignity.

But Wall Street’s idea is, instead of the money coming from the government, let’s take all, or at least a big chunk of it, and put it in the equivalent of individual retirement accounts, IRAs, through Wall Street. And, of course, this would be trillions of dollars of investment, and every year they would get scores of billions of dollars in fees off of it. So this is the unholy grail of Wall Street.

JAY: And then, of course, if the marketâ€”I shouldn’t say ifâ€”when the market takes another enormous nosedive again, people then lose even more of their retirement income.

BLACK: Well, they would, except, of course, that you couldn’t have an institution that had large numbers of these retirement accounts fail, because politically it would be devastating. You can imagine if 3Â million people suddenly lost all of their retirement savings and there was no Social Security backup, and they’d be reduced to literally eating cat food again, like the old days. America would go berserk.

And so that’s another part of the dream of the big banks. They realize that if they get many of these accounts, they would be so far beyond too big to fail that you can’t imagine it. You know, no one will even dare criticize them.

BLACK: Oh, yes, and catastrophic. You would have no safety net left as a result of this, or a grossly inadequate safety net left. And to give people a real-world example, today, 22, almost 23 years after the Japanese twin bubbles in real estate and the stock market popped, the NIKKEI, which is their equivalent of the Dow Jones, is roughly 25Â percent of peak value. And that’s ignoring inflation. Right? In other words, it’s like the Dow Jones lost three-quarters of its value and stayed that way for over 22 years. You can imagine what a catastrophe it would be for anybody, where we had privatized Social Security in a system like that. So this idea is obscene on multiple levels, but is the greatest thing, and it’s going to make them hundreds of billions of dollars in fees.

JAY: Okay. There’s one thing I don’t get about this, which is this is all supposed to do because of the debt crisis and such. But I thought Social Security was primarily funded by employer and employee contributions. So what the heck has it got to do with reducing the debt anyway?

BLACK: It really doesn’t have anything to do with reducing the debt now. And if we were to reduce the debt now, that would beâ€”try to reduce it, we wouldn’t succeed. We’d just throw the country back into recession, like Europe. So the whole idea is to both adopt austerity and to start taking a whack at the safety net, which means both aspects of it are absolutely crazy.

And, of course, the crazier idea is that the election results show that that’s what people want. And there’sâ€”of course, that wasn’t an issue at all, and the coalition that elected Obama is opposed to this idea on the order of 80Â percent to 20Â percent, according to the polls. So this is a pure financial establishment. It’s what I call, you know, the Wall Street wing of the Democratic Party.

JAY: Okay. I got a question for you. As a financial regulator, how did you feel about the election of Elizabeth Warren? And number two, if Elizabeth Warren lives up to the hopes and expectations that have been placed in her as someone that’s actually serious about financial regulation, what can one senator do? And two, if she does do something, doesn’t that put her at odds with the Obama administration?

BLACK: So I was thrilled. I was certainly a personal supporter. And our family, you know, sent a small contribution to her, in terms of full disclosure during this discussion.

And, you know, we talked about Erskine Bowles. One of the rumors is that Erskine Bowles will replace Timothy Geithner as Treasury secretary. So you may have an immediate conflict there.

What can one senator do? Well, one senator can’t do much, especially a junior senator. The tradition of spending your first year saying nothing in the Senate, which was a very long tradition, is somewhat broken, but it’s still going to be difficult to accomplish much. Look for what committee assignments she’s given. You know, is she put on things like the judiciary committee and such? Will she have an opportunity to engage in her famous intensive questioning of the regulators and the prosecutors who are refusing to prosecute the elite frauds? These are the near-term things that you want to look for especially.

JAY: Thanks very much for joining us, Bill.

JAY: And thank you for joining us on The Real News Network. Don’t forget there’s a Donate button over here. If you don’t click it, we can’t do this.