Bill Black: Bank of America facing civil charges but BOA and other major financial fraudsters off the hook from criminal charges

Bill Black: Bank of America facing civil charges but BOA and other major financial fraudsters off the hook from criminal charges 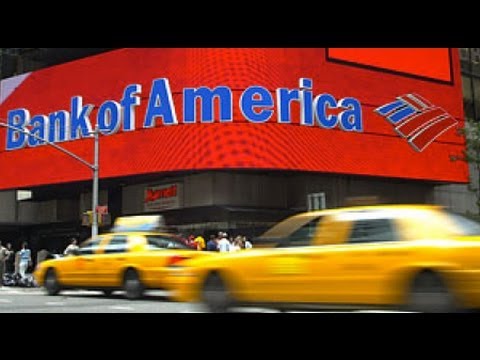 On Tuesday, the Department of Justice announced that it’s suing Bank of America for mortgage-backed securities fraud conducted in 2008. In a public statement, U.S. attorney Anne M. Thompson said, “Bank of America’s reckless and fraudulent origination and securitization practices in the lead-up to the financial crisis caused significant losses to investors.”

Now joining us to talk more about this is Bill Black. He’s associate professor of economics and law at the University of Missouri-Kansas City. He’s a white-collar criminologist and a former financial regulator, author of The Best Way to Rob a Bank Is to Own One. And he’s a regular contributor to The Real News.

NOOR: So, Bill, can you summarize this latest news and give us your reaction to it?

BLACK: Yes. So this, first, is a civil suit, not a criminal prosecution. And even in a civil suit, the Department of Justice has refused to sue any of the senior officers who, according to this complaint, became wealthy through leading this massive fraud by Bank of America.

The fraud allegation are that Bank of America, very late in the game, as you are emphasizing–so these were put together, these mortgage-backed securities, very late in 2007–now, that’s a year after the housing bubble has already begun to collapse–and actually being sold, these securities, in 2008 to two particular entities. And those are Wachovia, a very large bank that also failed and had to be acquired, and the Federal Home Loan Bank of San Francisco, which is a quasi-governmental entity. And in terms of full disclosure, I used to be the senior vice president and general counsel of the Federal Home Loan Bank of San Francisco, but a long time ago, so none of this, you know, involves me even remotely directly.

The allegation of the nature of the fraud is that Bank of America knew that it was selling product that was often fraudulent and was–mortgage product that was often fraudulent and was, in any event, of very poor quality, and that it lied in its representations to Wachovia and the Federal Home Loan Bank of San Francisco in order to induce them and others to purchase the alleged best portion of this mortgage-backed security. These portions are something that in the trade we call tranches. And this was the AAA tranche, in other words, the highest credit rating you can get that is supposedly reserved for the absolute bestest stuff with very low risk and such. And instead, the loans blew up at a rate where they caused very substantial losses and suffered a huge rating downgrade.

And there are some more interesting allegations along the way, interesting because I think the Department of Justice doesn’t explain how–understand how embarrassing they are to the Department of Justice. So one of the allegations, for example, says that Bank of America, after it realized that one of its loan officers was working with a borrower to commit a fraud, fired the loan officer, made a criminal referral to the Department of Justice. That loan officer, former loan officer, is under indictment (in other words, he’s going to be criminally prosecuted), and that they still–they being Bank of America–still sold that loan under representations and warranties that it was a great loan, even though they knew it was in fact a product of multiple frauds. And, of course, the loan blew up and caused substantial losses.

Now, of course, the question that everyone in the world except the Justice Department would ask is the complaint goes on to say that Bank of America employees came under intense pressure from senior officials at the Bank of America to deliberately make bad loans and to approve bad loans made by loan brokers, that they were specifically instructed that their job was not to find fraud, that their bonus packages depended on approving really crappy loans. And they got extra big bonuses if they exceeded their quotas. And the only way to do that was to approve all kinds of terrible loans.

NOOR: So, Bill, also on Tuesday, four former directors of failed Premier Bank were arraigned on criminal charges of defrauding the government of $70 million while participating in the TARP bank bailout. Following last week’s jury conviction of Fabrice Tourreii, a young mid-level Goldman Sachs trader, Dennis Kelleher of Better Markets was quoted in The New Republic as saying the SEC must stop chasing minnows while letting the big whales of Wall Street go free. Your response.

BLACK: Yeah. They’re probably actually mostly chasing the bacteria that live in the minnows. So Fab wasn’t even really mid-level in any serious sense within Goldman Sachs. And note that he was specifically charged with aiding and abetting Goldman Sachs fraud. So why isn’t Goldman Sachs being sued–I’m sorry, prosecuted criminally for its fraud, just like the current complaint, which, by the way, is the second civil complaint filed by the Justice Department alleging that the Bank of America’s senior officials committed fraud? So these are multiple-time losers, and that both complaints show that they committed these frauds over a very long time period. And apparently they are too big to prosecute. The fact that that other prosecution occurred because of alleged crime against TARP is also significant, ’cause that is the only folks allegedly even remotely involved in the crisis–and as you say, they’re pretty small-time–who are being prosecuted. There was also an earlier case against Taylor, Bean, a mortgage bank, and that occurred only because the special inspector general of TARP, Neil Barofsky, forced, virtually, the Justice Department to prosecute.

NOOR: And finally, Bill, all this news comes on the heels of Michael Bresnick’s resignation as head of President Obama’s financial fraud task force. He’ll be joining a private boutique lobbying firm. Now, do you interpret his departure as a signal of mission accomplished by the Obama administration, or a civil servant frustrated by the lack of prosecution at the Department of Justice? What do you make of this?

BLACK: It’s the mission accomplished in the same sense as when President Bush appeared on the aircraft carrier and declared victory before, you know, Iraq further went into the hellhole.

Of course, this task force was announced with big publicity just before the election season, because the Obama administration had received, rightfully, so much criticism for its refusal to prosecute any of the major players. And now, a year later, it has prosecuted zero of the–in fact, it’s prosecuted no one. So it’s been a complete failure. It has only brought civil actions and only brought civil actions against companies for–in essence to try to get fines. It refuses to hold any of the senior bankers who grew wealthy through these frauds and drove this economic crisis accountable criminally for their actions. Indeed, it refuses to even hold them individually responsible civilly. So they’re allowed to keep the wealth they got for destroying the global economy. Again, if you wrote it up in a novel, people would say, you know, that’s not realistic. Surely the government would prosecute some of them. Well, no, the answer is, at this date, zero.

NOOR: Bill black, thank you so much for joining us.