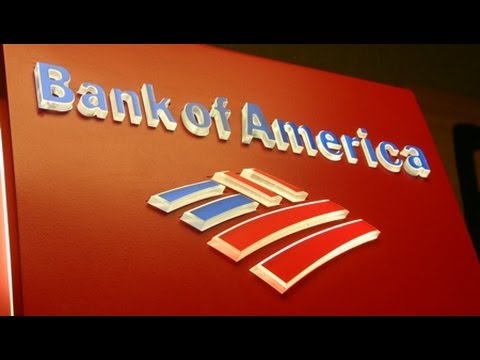 Now it’s time for our weekly report with Bill Black. Bill Black is an associate professor of economics and law at the University of Missouriâ€“Kansas City. He’s a white collar criminologist and former financial regulator. He is the author of The Best Way to Rob a Bank Is to Own One and a regular contributor to The Real News. Good to see you, Bill.

DEVARIEUX: So what do you have for us this week? What are you working on, Bill?

BLACK: Well, we have the new civil fraud suit just filed on Wednesday by the Justice Department against Bank of America that describes, to use the words of the prosecutors, a brazen fraud that went on for about three years, that caused billions of dollars in losses to the taxpayers, and they’re not going to prosecute.

DEVARIEUX: Okay. Okay. And what does that mean for us everyday citizens, that they’re not going to prosecute? Are they just going to get away with it? What happens next?

But there is a civil suitâ€”not against the individuals who caused the fraud and got rich through it, but only against the Bank of America. And the interesting news in all of this is that this was prompted by a whistleblower, and not just a whistleblower, but a whistleblower who tried to prevent this disaster who was an executive vice president within Countrywide, warned them that if they did this it would produce massive fraud, then did a study that proved that it resulted in massive fraud, and in the case of liars’ loans documented a 70 percent fraud rate, which everybody knew was going to be sold to Fannie and Freddie, which everybody knew was going to be bailed out by all of us. So it comes out of our pockets as well. And when he went to his bosses, this whistleblower, whose name is Mr. O’Donnell, with this evidence that it produced massively fraudulent lending, the bosses suppressed his study and ordered an expansion of the fraudulent loans, which they then, as I said, sold to Fannie and Freddie.

And the Justice Department knows all of this, but not only didn’t prosecute, but apparently wasn’t even asked by the mainstream media why it wasn’t bothering to prosecute things that it described as brazen frauds that went on for years and were led from the absolute top of the organization.

DEVARIEUX: Well, Bill, I have a question for you. Even when there isâ€”they are prosecuted and there is a settlementâ€”as you remember, about six months ago there was that $25 billion settlementâ€”there’s been a study that was released that only half of those funds have actually gone to housing-related issues, you know, to prevent foreclosures, building communities, things of that nature. What do you make of that study?

BLACK: Well, first, those people were not prosecuted. There was a deal to have zero prosecutions, which is a complete outrage.

So that’s not a surprise at all, what the study is finding. Again, it’s what people warned from the beginning.

DEVARIEUX: Always good to see you, Bill. Thanks for being on.

DEVARIEUX: And thank you for joining us on The Real News Network.