Kansas Board of Regents Undermine Academic Freedom at State Universities

Bill Black: Draconian measure enacted by Kansas Board of Regents that effectively ends tenure and limits academic freedom could be replicated at colleges nationwide

Bill Black: Draconian measure enacted by Kansas Board of Regents that effectively ends tenure and limits academic freedom could be replicated at colleges nationwide 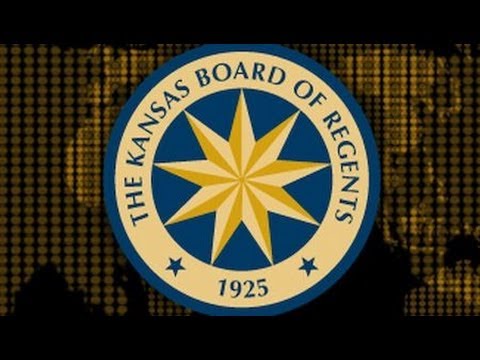 We’re now joined by Bill Black. He’s an associate professor of economics and law at the University of Missouri-Kansas City. He’s a white-collar criminologist, former financial regulator, author of The Best Way to Rob a Bank Is to Own One, and a regular contributor to The Real News.

So, Bill, what do you have for us this week?

BILL BLACK, ASSOC. PROF. ECONOMICS AND LAW, UMKC: Got a slightly different one. It’s why I would be fired if I were a mile to the west, in terms of where I worked, in our neighbors in Kansas.

So the background is that Kansas has gone way beyond red in the red/blue state division. It’s now an infrared state. And the Republican Party has become a party, in Kansas, of cannibals, in which they eat their own and only the absolute most extreme folks are allowed to stay in office.

In the midst of all of this, a professor at what–it’s called KU, the University of Kansas, did an angry and very intemperate Tweet in connection with the Navy Yard’s attack by the disgruntled employee, that criticized heavily the NRA and such.

And the state legislature in Kansas went crazy because they love guns. And, in fact, one of their priorities is changing the rules and the law so that people can have concealed weapons in universities, in the classrooms and in the dorms, with the drunken frat parties and all those good types of things. And so criticizing the NRA was really bad.

And the state–these were top people in the state legislature–were demanding that the professor be fired. But, of course, he was tenured and they couldn’t fire him. And this was intolerable. So the Kansas regents, who run all the universities, public universities in Kansas, have just with no real discussion and no involvement of faculty, effectively ended tenure for faculty and academic freedom. They adopted right near the holidays, the last meeting, with minimum publicity a rule that purports to apply to social media, but when you read “social media”, it turns out that anything posted online in written form or on YouTube is, quote-unquote, use of social media. And as modern academics, we put almost all the things we write online, so essentially everything we do.

And it says that the CEO–and by the way, it calls the president of these universities CEOs. And there’s no pretense that they believe in tenure. There’s no pretense they believe in academic freedom or vigorous debate or any of that stuff. This is the business model of the University, and the CEO is the boss, and the professors work for the boss, and they’re supposed to do what the boss tells them.

So under this new provision, if the boss, the CEO, gets upset with anything you do and decides that it is contrary to the best interests of the University, he can fire you. But not to worry: you get to file a grievance, which is decided by him. Alright?

And other provisions say that they can fire the professors if they say or do anything that gets in the way of the efficiency of the university or the harmony of the university. It’s very zen, kind of strange for evangelical Christians, but hey.

And all of these provisions are designed and are going to have the effect of chilling any controversial statements, so the kind, you know, that I make all the time about people who could be potentially large donors to the universities.

You can also be fired, by the way, if you’re simply arrested for a felony, even though you’re not convicted, in fact, were found innocent of the charges, and there’s no provision for reinstating you in those circumstances. Either they can just fire you if you, say, go to a protest and get arrested by the police and the police decided to overcharge it as a felony originally–boom you’re out of there as a potential faculty member. So I’ve got a couple of articles already explaining how this works. And it’s clear that they adopted the most draconian provision their lawyers told them they could get away with.

NOOR: Hey, Bill, so is their fear that this, you know, draconian measure, as you called it, blow to academic freedom, will be adopted in other universities across the country?

BLACK: Yes. Kansas is the home, in many ways, of the Koch brothers, who are, of course, behind ALEC, the American Legislative Exchange Council, that does all of the ultra right wing legislation. And there is every reason to fear that Kansas is simply the trial bed, and that if they get away with it in Kansas, they’ll try to do this in every state.

NOOR: Now, so, what’s the response been at the University? I assume the faculty belongs to a union. Has there been an official–any reaction? Or what’s the next steps?

BLACK: Well, you assume incorrectly, because, in fact, unions are quite rare in academia. But there is AAUP, an association of university professors. They have come out against it. There’s the Facebook page at Kansas University, University of Kansas, in which opponents are bringing together their arguments.

But as I say, this is something they deliberately dropped just before the holidays and scampered out of town because they knew it was going to be so controversial. And again, it is so vague–notice the statement you make as a professor of that the CEO can fire you for, A) it can be true, right? There can be no dispute that the statement you made is true. There can be no dispute that you made the statement in all good intent to try to make the world better and even to help your University.

It doesn’t matter. And there is no standard–or at least there’s no meaningful standard–because it’s whatever the CEO decides would change the harmony or the efficiency or the best interest of the school. So there’s no way of knowing what statement you could make or not make that could get you fired.

And, of course, putting my legal hat on, that’s precisely why First Amendment jurisprudence says that you can’t have these vague standardless standards, because you will chill an enormous amount of speech. And, of course, speech at the universities is precisely where it’s supposed to be most vigorous and open.

NOOR: Well, Bill, this certainly is alarming, and we’ll keep following this story. Thank you so much for that report.

January 29, 2020
Sign Up for Our Newsletter
Help Us Make Real News!