Bill Black: Federal judge Jed Rakoff criticized the Justice Department's failure to prosecute Wall Street executives for the financial crash, saying high-level government officials fear that they too may be revealed as bearing some responsibility

Bill Black: Federal judge Jed Rakoff criticized the Justice Department's failure to prosecute Wall Street executives for the financial crash, saying high-level government officials fear that they too may be revealed as bearing some responsibility 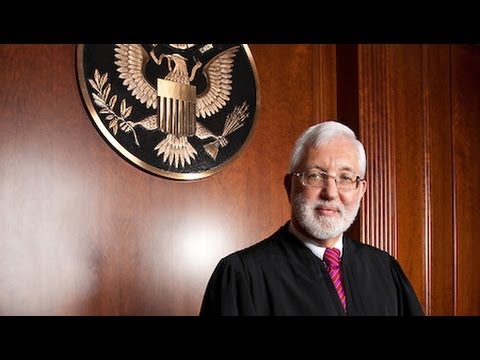 JESSICA DESVARIEUX, TRNN PRODUCER: Welcome to The Real News Network. I’m Jessica Desvarieux in Baltimore. And welcome to this edition of The Black Finance and Fraud Report.

Now joining us is Bill Black. He is an associate professor of economics and law at the University of Missouri-Kansas City. He’s a white-collar criminologist and a former financial regulator, and author of the book The Best Way to Rob a Bank Is to Own One. And, of course, he’s a regular contributor to The Real News.

Thanks for being with us, Bill.

DESVARIEUX: So, Bill, what major story are you tracking this week?

BLACK: Well, it’s a really extraordinary thing. It’s a followup on a speech that Judge Rakoff gave. And Judge Rakoff is a judge that hears many cases involving sophisticated financial frauds and has a background in prosecuting. And he excoriates the Department of Justice for the failure to prosecute the elite individuals that the Department of Justice says drove the frauds that drove much of the crisis. And he goes through the excuses that the Justice Department has offered for failing to prosecute, and he says that each of them makes no sense.

It was a powerful speech, a bit off-the-cuff, which he’s now put in article form. And, you know, if anything’s going to pressure the Justice Department to at least bring a few prosecutions, this is the type of thing.

Obviously, your regular listeners know that we’ve been trying to keep the Department of Justice’s feet to the fire for years, but we’re still at a point where there are zero prosecutions. So Rakoff–this is an extraordinary thing for a judge to do. He hasn’t violated any of the judicial canons. He hasn’t talked about any pending cases. He’s made sure to keep it in policy terms. But he points out that these cases can be prosecuted and that they should be prosecuted as a matter of justice if the Department of Justice believes what it says in its complaints, and that you will not get effective deterrence unless and until you prosecute the elite individuals, so, many things, again, that the listeners to this program had been hearing for years now adopted and emphasized from one of the most prestigious district court judges in the entire federal judiciary.

DESVARIEUX: And, Bill, shouldn’t there be a sense of urgency? Because the statute of limitations is running out, right?

BLACK: Yes, it’s already run on everything that occurred that drove the crisis, unless it involved an insured financial institution, where there’s a special ten-year statute of limitations, which actually we got in the FIRREA legislation in 1989. But even if you’re within the statute of limitations, simply memories fade and such. So they should have a sense of urgency anyway.

And Matt Taibbi has a recent article where the Justice Department simply, the courts decided, waited too late in terms of the statute of limitations. These are not the frauds that drove the crisis, and they’re more minor people, but even in that context, the Department of Justice simply has not gotten its act together and acted like a group of professional prosecutors against these elite frauds.

DESVARIEUX: Alright, Bill Black, regular contributor to The Real News, always a pleasure having you on.

BLACK: Thank you very much.