White collar criminologist Bill Black says it's a very severe problem for consumers who are going to lose not only their cars, but also their credit ratings

White collar criminologist Bill Black says it's a very severe problem for consumers who are going to lose not only their cars, but also their credit ratings 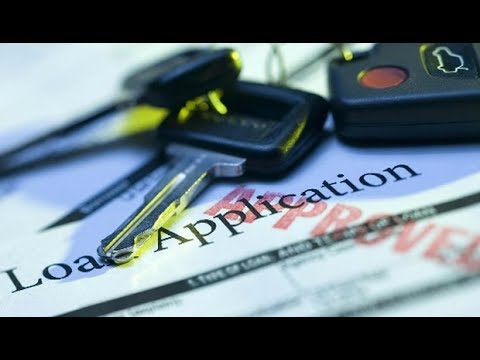 SHARMINI PERIES: It’s The Real News Network. I’m Sharmini Peries coming to you from Baltimore. Earlier this month, Bloomberg News published an article analyzing the problem of subprime auto loans. According to Bloomberg, the $1 trillion auto loan business could cause problems for investors more generally because many of these auto loans are subprime. Just as with the subprime mortgage loans, these loans are given to individuals who normally might not be able to afford them and who are at a higher risk of default. As a matter of fact, auto loan defaults have been increasing recently. Also, the volume of subprime loans have increased tenfold since the Great Recession of 2008. Joining us now to analyze the issue of subprime auto loans is Bill Black. Bill is a white collar criminologist, Associate Professor of Economics and Law at the University of Missouri-Kansas City. He is the author of The Best Way to Rob a Bank is to Own One. Thank for joining us again, Bill.

SHARMINI PERIES: Bill, just how serious is this problem with the subprime auto loans? Bloomberg makes it look like it could be a real problem. We’re dealing with about a trillion dollars’ worth here.

BILL BLACK: It’s a very severe problem for consumers who are going to lose not only their cars, but their credit ratings. It’s a moderate problem for some of the banks. It’s not a systemic problem on the order of the Great Recession and the financial crisis that drove it. For one reason, it simply doesn’t create the same kind of bubble dynamics in the housing context by allowing large numbers of people to buy homes — that can’t afford to repay the homes. Effectively, you create much more demand. All other factors held constant, that means price goes up. You don’t really get the same kind of effect, except in the very modest proportions in the auto market. So A, it’s a much smaller market. B, it doesn’t have this bubble, so it’s not going to cause a systemic crisis.

SHARMINI PERIES: An important issue in this kind of risky investments, even if it’s a small section of this $1 trillion business, how are these risks assessed? The mortgage crisis was largely because it was attributed to bad rating agency assessments. How does it look in this area of auto loans?

BILL BLACK: Bad credit rating were important to the financial crisis involving housing, but still a sort of third-order concern. In other words, you could have had the crisis be every bit as big with the banks simply holding, we call it, in portfolio, rather than reselling the securities. Here, first thing we need to clarify is what these terms are supposed to mean. Subprime is supposed to mean that you either don’t have a credit rating, because you simply haven’t borrowed in the past very much, or you have a credit rating that is below some numerical value that they choose that says, “You have a record of defaults and probably a number of late payments.” That isn’t really what drove the housing crisis, and it’s not what’s driving the auto crisis, so it’s a case of bad names, in part, that flows from bad analysis.

In both of these crises, far more it’s liar’s loans. A liar’s loan is where the lender deliberately says, “Hey, I’m not going to check your income, so if the loan application says that you have an income of $50,000 a year, we’re just going to treat it like you have $50,000 a year.” Right? By the way, there’s also, it’s not mutually exclusive. You can have a liar’s loan that is also a subprime. In other words, you can fail to verify the borrower’s income, and you can loan to people that have, you can tell right from the credit score that they have a high probability of not repaying you, and that’s where the massive losses are occurring in both of these crises. That’s why if you look at a graph of defaults in both of the crises, the graph starts looking like this, where you get losses, experiences five, 10, 15 times greater than when you make prudent loans.

The question that isn’t being asked by the regulators and the prosecutors is, “Why are the lenders doing this? After all, they’ve just seen that it causes massive losses. Under economic theory it produces massive losses. Under economic history, not just looking at the last crisis, but looking at 200 years of experience or more, it’s what causes crises. It always causes crises. It has to cause crises.”

SHARMINI PERIES: Why are the investors doing this? Why are they investing in subprime loans?

BILL BLACK: Yeah, well, that’s what they’re not asking. They’re not asking that in the Bloomberg column, which, again, how do you want to evaluate it? It’s the best column on the subject in the major papers. It’s also wholly inadequate, so do you praise it? Do you criticize it? Well, both, it strikes me. They’re not asking why, in particular, one bank, Bank Santander, largest bank in Spain, made these kinds of loans as its big, that was its plan, to make loans that it knew would be primarily fraudulent. The article explains, or notes but doesn’t really analyze, that right away, when they started, they, Santander, started making these loans, dozens, maybe hundreds of fraudulent auto dealers started creating liar’s loans in massive amounts, and right away, delinquency shot up.

Even if you thought Santander was so terminally stupid that it couldn’t figure out 200 years of history, everything you’re taught as a banker, that sort of should have prompted them. Then Bloomberg notes, “Hey, the states,” and isn’t it sad that it had to be the states again, as opposed to the Feds? Because the states have so dramatically fewer resources, and they still manage to beat the federal banking regulators to the switch on these auto loans.

Now, I know personally, from a friend in senior level at the OCC that the Office of the Comptroller of the Currency, which regulates the national banks, and which are involved in all of this, said five years ago, “This is a really big problem,” but they were captured by this mindset that, “We don’t really regulate. We just natter at people. We say, ‘You know, this is probably imprudent,’ but we don’t say, ‘You know, this is insane. This has to lead to fraud. We just saw it lead to fraud. We have 200 years of experience saying it leads to fraud. Don’t do it. You are ordered to stop doing it.'” The Feds have absolutely refused to do that under the Obama administration.

BILL BLACK: With the Office of the Comptroller of the Currency saying, “This is a disaster waiting to happen.” Not only are these loans fraudulent, where the lenders want to overstate the borrowers’ income massively so that it will look like the loan is safe so that it’s easy to sell it to the secondary market … Right? That’s the fundamental dynamic, but on top of that, to optimize the scam, you want to look for the people that you can charge the absolute highest interest rates to, and in particular, you’d love to charge higher interest rates to people who, maybe they’re not really strong credit scores but are not all that awful. This is, in English, predation, and it was a massive part of the story of the last financial crisis, and of course, it’s the same people. It’s the same bankers. They learned how these fraud schemes work, and none of them were sanctioned. Not a single one of the people that led the fraud schemes that caused the prior financial crisis involving home mortgages was sanctioned.

BILL BLACK: So now they have all this expertise in how to not only do fraudulent loans, but predatory loans, and that’s exactly what they’re doing, and you are correct, and Bloomberg, to its credit, was correct. The primary victims are actually the borrowers.

SHARMINI PERIES: Right, and how is it that this is happening once again and not regulated in terms of these risky loans?

BILL BLACK: Because that’s the word people use, “risky,” when they should be saying “fraudulent,” and that goes back to President Obama, who said, “Well, a lot of these things are probably not illegal.” He said it at a point there had been essentially zero investigations. And Geithner, Timothy Geithner, his Treasury Secretary, was saying, “No, don’t look at banking. Don’t prosecute the banks, and most particularly, don’t prosecute the bankers.” Right? That the key to financial stability was to leave the fraudulent bank CEOs in charge of the banks. Well, gosh, they got rich by leading frauds. They paid no penalty for leading frauds. Guess what they started to do immediately with the financial crisis? New frauds. And this is only one of them. We haven’t talked about the frauds that they exercised against the FHA, the Federal Housing Administration, which stepped in in the most acute phase of the crisis and was pretty much the only entity providing liquidity to the housing markets.

In case after case, you could see the settlements and the charges, and it’s devastating, where they didn’t lie, they, the bankers, the top bankers didn’t lie a little bit to the FHA. They lied massively, caused enormous losses to it, and that was a bailout effort to save them from themselves, from the frauds they left, so why wouldn’t the frauds continue, especially when you put people like Tim Curry, this is an Obama appointment to run the Office of the Comptroller of the Currency, who said, “I don’t want my agency to be a law enforcement agency”? Well, okay. What’s the alternative? To be an anti-law-enforcement agency? Why wouldn’t you want it to be a law enforcement agency? You’re a federal financial regulator, you moron!

SHARMINI PERIES: All right, Bill. I thank you so much for joining us today.