Former financial regulator Bill Black offers bankers a challenge: Step forward if you support the new rule issued by The Consumer Financial Protection Bureau allowing consumers to bring about class-action litigation against banks who defraud them

Former financial regulator Bill Black offers bankers a challenge: Step forward if you support the new rule issued by The Consumer Financial Protection Bureau allowing consumers to bring about class-action litigation against banks who defraud them 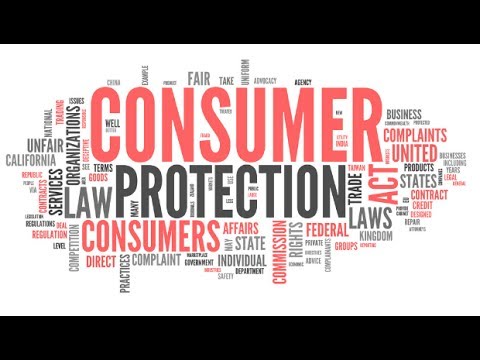 SHARMINI PERIES: It’s The Real News Network. I’m Sharmini Peries coming to you from Baltimore. The newspaper Politico has published a column about new steps taken by Consumer Financial Protection Agency that makes you want to do a double take on its headline, which is titled, “In a major setback for businesses, CFPB opens door to consumer class actions.” Now let me remind you that CFPB stands for the Consumer Protection Agency. Our next guest believes that it should have read, “In an important step forward for consumers, investors, and honest bankers, and lenders, CFPB begins to restore the rule of law to banking.” On to talk about this with me is our regular guest here on The Real News Network, Bill Black. Bill is a white collar criminologist, associate professor of economics and law at the University of Missouri, Kansas City. He is the author of ‘The Best Way to Rob a Bank Is to Own One’. Thanks for joining us, Bill.

SHARMINI PERIES: So Bill, you say you’re driven nuts by the headlines. Why?

BILL BLACK: Because it gets it completely wrong. The problem in consumer finance, lending, is that it is so easy for unscrupulous lenders to cheat, as we’ve just seen with Wells Fargo and we saw all through the crisis. Well if they cheat, economic theory tells us this creates a Gresham’s dynamic, in which bad ethics drives good ethics out of the marketplace. In other words, you gain a competitive advantage by cheating, then market forces will cause the cheaters to dominate the industry, which is why finance is so corrupt. So when you stop them from cheating, and the rule that the bureau adopted is one way of reducing the incentives to cheat, then you actually help not just the consumers who directly deal with the lenders, but also all the honest bankers who would like to do the right thing and can’t unless we restore the rule of law.

SHARMINI PERIES: So Bill, you say that the Consumer Financial Protection Bureau adopted these new rules that the reporting is about in Politico is actually a good thing, but several problems have led to them taking the steps. What were the problems?

BILL BLACK: Sure. People know the two big problems and both of them are based on myths that are taught in Econ 101 in bad economic programs, and the two myths are this. One, it is that consumers have perfect information, which is preposterous that we understand all these complex things. And the second is consumers have all the power. This is in Econ 101 referred to as consumer sovereignty and the claim that there’s a ruthless consumer that drives everything. You know, all of us, we click on the software contract, it’s 120 pages long, and we click, “Yes, we read it. We agree with it,” because A, there’s no chance anyone’s going to read it and B, even if you did, you can’t change it. You can’t change the contract, the basic contract with a bank or a lender. You can’t say, “I want to negotiate whether I can sue you or not.” They’ll just say, “Nah, take it or leave it.”

So when you bring those two factors into conjunction, it means that it’s really easy to cheat people. You have in jargon, a really big asymmetry of information. The banks know a heck of a lot more and B, you have a whole huge difference in power. The banks have all the power, and the result is a number of them cheat. Well when the leaders cheat, they create a Gresham’s dynamic that we were talking about, where bad ethics drives good ethics out. So one of the ways that you improve the functioning of the marketplace, you make it more efficient and fairer, and just much more honest, let honest bankers prevail, is to adopt rules like the CFPB is doing that say, “Wait a minute, banks can’t say ‘If you take a loan from us, you can’t sue us.'”

And that’s what they say now, “You can’t sue us, and in particular you can’t sue us in a class action,” which is the only way that a suit could typically be brought for run of the mill borrowers like us. We’re not talking about a Donald Trump with $12,000,000 at stake, where he can afford to hire a lawyer. For us, maybe $600 is at stake, but hiring a lawyer would cost thousands and thousands of dollars. So the CFPB has taken a perfectly logical step. It’s a win for consumers, it’s a win for honest bankers, and guess what. It also creates a test. So how many honest bankers are out there supporting the rule? And the answer is, every single financial trade association is dominated by the most unethical types that want a criminogenic environment, that want a corrupt culture of banking. Every single one of those trade associations is trying to kill the CFPB rule.

So this is by opportunity, my offer to honest bankers. Come forward publicly, say that you’re for this rule, explain why you’re for this rule, and I will add your names to a list of honor in the things I write, and in future programs here, on The Real News Network. We will praise you if you do the right thing, but this is also the test. How many honest bankers are left in banking?

SHARMINI PERIES: All right, so I guess a question to you is, are there any bankers that you think are more likely to come forward and embrace this? Are there cooperatives? Are there other like state banking systems that might be willing to take the step forward?

SHARMINI PERIES: All right Bill, really important step forward for us. I thank you for highlighting it and thank you so much for joining us today.