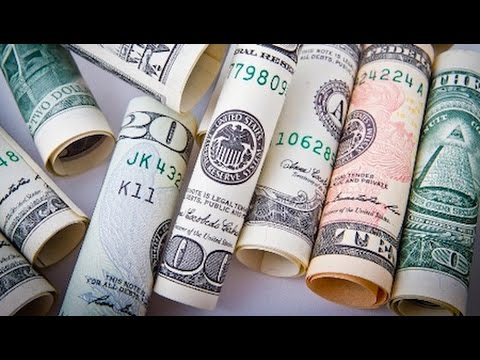 PAUL JAY, SENIOR EDITOR, TRNN: Welcome to The Real News, and welcome to the Black report on The Real News. And joining us again is Bill Black, who joins us from Kansas City, Missouri, where he is an associate professor of economics and law at the University Missouri-Kansas City. He’s a white-collar criminologist, a former financial regulator, and author of The Best Way to Rob a Bank Is to Own One.

JAY: So what’s on your mind in this report?

BLACK: Well, so a mini-correction. I’m actually in Bloomington, Minnesota, about eight miles from where another black man, young black man, was shot to death by the police.

So let me talk about what criminologists know and are distressed about: the lies that are propagated–and most recently propagated in The New York Times, unsurprisingly, in the context of the book review by Barry Friedman.

He set it up as a supposed contest between the right and the left on crime and policing. And Barry Friedman’s areas of expertise are blue-collar crime and policing. The book, supposedly on the left, by Malcolm Sparrow–Sparrow is or was a Brit who was involved in being a police official and then became a public policy scholar at The New York Times, but in fact is best known for being a major supporter of the efforts to destroy effective regulation and supervision under the Clinton and Gore Reinventing Government stuff that created such a criminogenic environment and helped produce the fraud epidemics that drove the crisis. So he’s hardly a representative of the quote-unquote left. And the person on the right I won’t even mention, give her publicity, but she is a wacko. She has no expertise, her background, in criminology, and basically her pitch is women get raped because they dress like sluts and blacks get arrested a lot because blacks are far more likely to be criminals and we really need to crack down on these things.

The thing that drove me crazy about this review by Dr. Friedman is that he allowed to go with no rebuttal the claims of this wacko that there is no discrimination in policing–the police simply arrest far more blacks because blacks commit far more crime; and then a second, allied statement–or paraphrase by Friedman–that said the response of the New York Police Department when studies showed that their stop-and-frisks were overwhelmingly people of color was, well, actually we don’t stop them enough; compared to the percentage of complaints we get on people of color, we should be doing even more stops and frisks of blacks and Latinos.

And this is pretty appalling if you know anything about criminology, because what of course this professor has done (and the New York Police Department, and the wacko) is conflate a crime with blue-collar crime, for one thing, and second, to take whatever is reported to the police as if that was a real–the indication of how much crime was actually committed. And neither of these things is true. Elite white-collar crimes simply are not even counted. And the fact that we don’t even count them, of course, is the final demonstration of how trivially we treat these things. And these white-collar crimes are far more numerous, cause vastly more dollar losses, and kill and maim probably more people than blue-collar crime.

JAY: How does the white-collar crime kill and maim?

BLACK: Well, take the example of the Takata airbags. These explode and kill and maim people. Or take the VW: 11 million frauds where they dramatically understate the pollution. Well, that pollution kills people. When you have frauds about building materials in China and when you have them in Turkey and such, thousands–indeed, tens of thousands, cumulatively–of people die because of the frauds about those building materials. Corruption, of course, does the same kind of thing.

So we actually know that in places like the United States, these white-collar crimes are committed amazingly disproportionately by people who aren’t of color, people who look a whole lot more like me and such. And we know that the tiny subsection of crimes that are reported, as I said, don’t even include these things.

So I was appalled by this and did an article explaining why, that this helps create this culture in which we see and, more importantly, police the people of color–and let’s be particular: blacks and Latinos; and more particular: black and Latino young males, to put it in the real truth–as different and dangerously different people, so that here again, only about ten miles from our home, someone allegedly was driving in a condition that literally millions of people are driving in at any given time: with a taillight out. And so, you know, probably all of us have had a taillight out if we’re any age, driven for any years. The police would never come up to regular white drivers (as they would define them) and say, “Put your hands in the air,” if they stopped us for a taillight. Right?

And I would urge people to focus on the police officer in the video of the Minnesota encounter, right? The police officer is freaking out. And I’m not making fun of him, but he plainly didn’t want to shoot somebody, right? But he followed a course of action that he would never follow for whites. And that course of action, quite possibly through this miscommunication, right–I’m telling you, don’t move, but I just told you to give me your ID. Which of those things is going to happen? Right? And then somebody ends up shot. Well, again, that is because police officers have inculcated this belief system that young black and Latino males are uniquely dangerous people, and they escalate in far too many occasions instead of doing what they do with people like me, which is de-escalate.

BLACK: Yeah, if violence means what you do to people. Again, the CEO probably doesn’t want the people to die, so the intent element may not be there, but they are quite willing for people to die if it makes them a few extra bucks when they commit these crimes. I’m not, obviously, saying all CEOs, but the CEOs willing to lead these frauds are willing to have people die–and in the China case of the fake infant formula, infants die, and have 300,000 hospitalized for kidney stones.

BLACK: It’s very high, and it is most particularly high among people who aren’t documented who are afraid to have–.

JAY: Uh-huh. But this is all amortized in the cost of doing business, and that’s the real violence. This is the conscious factor. We know so many construction workers–.

BLACK: And the net is that they save a lot of money.

JAY: Yeah, and we know that many construction workers will die every year. But the cost of doing business, it’s OK.

Anyway, thanks very much for joining us, Bill.