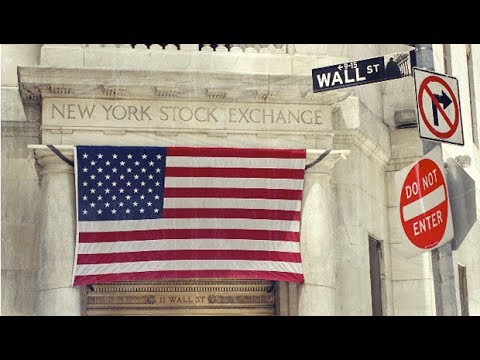 On Monday, the Trump administration presented its plan to rollback federal financial regulations that were implemented with the so-called Dodd–Frank Act of 2009. The plan intends to dramatically scale back the regulations that were passed shortly after the Great Financial Recession of 2007, 2008 and compliment similar rollback efforts in the House of Representatives.

As a matter of fact, last week, the House also passed a repeal of the Dodd–Frank Act regulations. Here are two excerpts from that debate by House Majority Leader Paul Ryan and Democratic Congressman Keith Ellison.

PAUL RYAN: Small business are struggling. They have been unable to hire, invest, or get the loans that they need to get off the ground. Families looking to keep their money safe are hit with fees that they cannot afford. Why is this? Our community banks are in trouble. They’re being crushed by the costly rules imposed on them by the Dodd-Frank Act. This law may have had good intentions, but it’s consequences have been dire for Main Street. Let me put it this way. It is more than 1,000 pages long and has more rules and regulations than any other Obama-era law.

KEITH ELLISON: Since Dodd-Frank’s passage, the economy has created over 16 million jobs over 85 months of consecutive job growth. Business lending has increased 75%, and banks large and small are posting all-time record profits. Community banks are outperforming larger banks. Credit unions are expanding their membership. And because of the work of the Consumer Financial Protection Bureau, 29 million people have seen $12 billion get back into their pocket and not into those of improper and illegal practicing financial services firms.

GREGORY WILPERT: Now the repeal goes to the Senate where it faces a much tougher battle to pass. Joining us to analyze the financial regulation repeal is Bill Black. Bill is associate professor of economics and law at the University of Missouri at Kansas City. He’s author of The Best Way to Rob a Bank Is to Own One. Thanks for being here again, Bill.

GREGORY WILPERT: As we saw in the clip, Dodd-Frank Act regulations are really complicated. They encompass over 1,000 pages, so we’re going to have to limit ourselves to a few key areas that it covers. Let’s start with the Republicans’ main claim, though, that the law and its regulations are too complicated and that this is strangling small businesses and small bank loans. Representative Keith Ellison challenges this claim by presenting numbers that would indicate that there’s no relationship between the regulations and the state of small banking. What do you say to this debate?

BILL BLACK: All right. The first part of Ryan’s critique is obviously correct. The regulations are enormous and ultra-complicated, and they are a field day for lawyers that have made big law firms very, very rich. So what can we say in general about this? First thing is the Republicans are not stupid in this regard. They understand the politics, which is claim that you’re doing things for small banks, which are much more popular with people, and actually use this as your pretext to relieve the largest banks of any kind of regulations they don’t really like.

What I can tell you as a former financial regulator is it is always the case that when you see a rule that is exceptionally complicated, it is complicated in that manner because the industry wanted it that way. In particular, the biggest, in this context, banks wanted it that way. They like complex rules because, of course, it’s much cheaper for them to hire a lawyer to do it once for the operations of what are literally $2 trillion banks than for a small bank to be able to do that work. So it creates a competitive advantage for them if they make the rules very complicated. So that’s the first reason.

Second reason is Dodd-Frank was largely stupid in the sense that there was no coherent understanding of what caused the financial crisis or past financial crises or future financial crises. The individual ideas were not necessarily stupid. Here’s a sort of good idea. Here’s another sort of good idea. And then you have hundreds of legislators coming up with this stuff from thousands of lobbyists, and they throw it all together, and there’s nothing coherent about it, and it doesn’t deal with the underlying causes very well. So that was the second major problem.

A third major problem is Dodd-Frank simply wasn’t bold, and it was, again, stupidly not bold. It needed to be bold to deal with the most significant problems, many of which were old problems that we had fixed in the past. For example, they refused to reinstate Glass–Steagall even though Glass–Steagall had worked brilliantly for over a half century. Even though ever since we started to gut Glass–Steagall, which we did by regulatory interpretations long before it was effectively repealed under President Clinton, it has produced one problem after another.

Similarly, one of the true outrages is when Brooksley Born, then the chair of the Commodity Futures Trading Commission, tried to protect us from financial derivatives, and a bipartisan coalition came together to produce one of the worst acts of legislation ever, Commodity Futures Modernization Act, under Clinton again that removed all ability to regulate financial derivatives. Instead of simply repealing that obscene act, they spent 70 pages doing something in between, and then they created half-assed sort of kind of approaches to this, which are nowhere near as effective. Because they’re not clean exclusions because they try to carve out really complex situation, they go on for hundreds of pages, and they’re still going to be ineffective because they’re easy to evade.

But Representative Ellison is also correct that none of this has anything to do with the economy. The economy is not being constrained by lack of lending. In fact, the banks are sitting on tons of money that they could lend. It’s being constrained by the fact that businesses don’t see very productive investments that they’re going to make. You’ve seen all the reluctance even to simply hire people back full time and to bring people who had became so discouraged that they dropped out of the labor force back in. You’ve seen that wages have stalled for all these years. These are the problems, not anything to do with Dodd-Frank as slowing down the recovery. So it’s a non sequitur, but it is true that the legislation is often poor.

Now, at the Treasury-

GREGORY WILPERT: Sorry. Bill, let me just interrupt you for a second. I just want to focus on one of the things that has gotten a lot of attention, which was the so-called Volcker Rule, which I guess is supposed to in some ways replace the idea of the Glass–Steagall Act. Can you describe what it’s about and what eliminating this so-called Volcker Rule would do?

BILL BLACK: Yeah. That’s the one I was talking about where they refused to simply bring back Glass–Steagall. Instead, they tried to do this ultra-complicated carve-out. No criticism of Volcker. This is the best he could do. They refused to bring back Glass–Steagall, so he said, “Well, you should prevent proprietary trading by banks.” Proprietary trading is when you trade this kind of investment banking, so this is where you are not making loans as a bank, you’re taking an ownership position. You’re buying stock or derivatives. Excuse me. Say you should allow that because that’s much riskier and creates conflicts of interest, but then you have to distinguish proprietary trading for when they trade for their customers and that gets into intent, which they can easily mask.

So then there are hundreds of pages to try to prevent evasions, and then the big banks came back and said, “But in this situation, that would be unfair.” So then they created hundreds of pages of exceptions to it, and the result is something that is exceptionally expensive, is still easy to evade, won’t achieve its purpose. Yes, I can understand why you would go after the Volcker Rule, but what you should do is simply bring back Glass–Steagall.

More broadly, they’re creating something very dangerous. This is particularly in the Treasury variant. As you said, there are two initiatives. One by the House now in the Senate to basically repeal everything. Then Treasure is saying, “Well, no, no, no, no. Just change some two really big things.” The one really big thing is that they’re going after the Consumer Financial Protection Bureau, and the reason they’re doing this is it is by far the most effective, most important part of Dodd-Frank. Of course, it was so effective because it was designed by now-Senator Warren, then-Professor Warren, Elizabeth Warren. The finance industry hates them with a purple passion, so they’re going to gut the CFPB.

The second thing is going to be the get-out-of-jail-free card for the big banks from all effective regulation. It’s an idea that sounds neat to a number of folks. It’s, hey, why don’t we distinguish between banks that have a very high capital levels and banks that don’t have such a high capital level? If they got a real high capital level, A, they got a protection against loss, and B, they should have the right incentives. They’ve got a lot of their own money at risk not to do wild and crazy things. So if they have high capital, why don’t we just let them do pretty much whatever they want?

The problem is all the fraud schemes that actually produced the huge losses and our recurrent financial crises, what do they do? They create huge reported capital that is fictional. In other words, in precisely the situations you most need effective regulation, they’re about to get rid of effective regulation on the basis of supposed capital that will prove to be fictional capital whenever there’s actually a serious problem. So this is a disastrous idea that’s getting almost no attention in the press, the fact that the implications for fraud.

GREGORY WILPERT: Just before we have to go, I just want to know how do you see the chances that this financial regulations rollback will pass? As a law, it still needs to go back through the Senate where it will probably need 60 votes, and there’s talk of bypassing the Senate. What do you think will happen there?

BILL BLACK: The Republicans can create a bill that is purportedly oriented toward small banks that will pick up at least 10 Democrats, maybe more, in the Senate and in the past when they’ve done this has picked up as many as 40 or 50 Democratic votes in the House. So we’ll have to see how far they push it. If they’re really want legislation to get through, there is a way to draft it, as I say, using the pretext that you’re doing it for small banks that will cause material defections from Democrats.

GREGORY WILPERT: We’re certainly going to continue to follow this story. We were talking to Bill Black, professor of economics and law at the University of Missouri-Kansas City. Thanks so much for your time, Bill.

GREGORY WILPERT: And thank you for watching and supporting The Real News Network.