Wells Fargo’s Board Investigation of Itself Amounts to a Farce 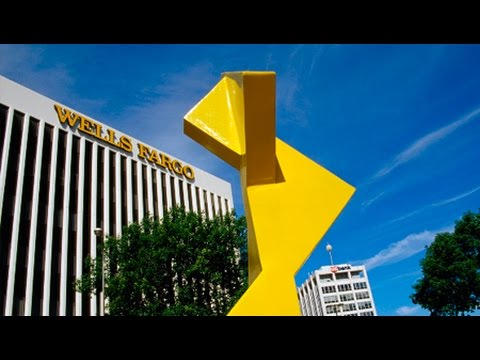 SHARMINI PERIES: It’s The Real News Network. I’m Sharmini Peries, coming to you from Baltimore, and this is the Bill Black Report.

It’s been an interesting week at Wells Fargo. First, it released a report about itself that found misdeeds dating back to 2004, related to its cross-selling mania. We’re going to find out what that is in a minute, but it also announced that these misdeeds will mean a clawback of $75 million from two senior executives, John Stumpf and Carrie Tolstedt.

John Stumpf has already paid $47 million back, and Carrie Tolstedt has paid $90 million in clawbacks. Now, she’s being retroactively terminated, for aggressively understating the problem for years.

On to talk about this with me, is Bill Black. Bill is Associate Professor of Economics and Law, at the University of Missouri Kansas City. He’s a white-collar criminologist, and a former financial regulator, author of, “The Best Way to Rob a Bank is to Own One.”

Thank you so much for joining me, Bill.

SHARMINI PERIES: Bill, give us a brief sketch of what the scandal was in the first place, in other words, what is cross-selling, and what are fake accounts, and what did they do?

BILL BLACK: Well, let me first address what I know is at the top of every viewer’s mind — the fear that the former CEO and Head of Community Banking at Wells Fargo, are going to be left penniless and homeless. It’s estimated that Stumpf, the former CEO, will be able to keep 80% of the total compensation he got at Wells Fargo, which is in the hundreds of millions of dollars.

And Miss Tolstedt will be farther behind, but he with investments should be a billionaire, and she should have several hundred million. So, we should keep them in our prayers, but that they probably will be all right.

We have what’s new at Wells Fargo that allegedly prompted this — but probably didn’t — is the report of the independent directors. Now, the idea that any of these directors at Wells Fargo are actually independent is a hee-haw type thing, but let’s go with it. And the thing you do is hire prestigious outside counsel, the counsel that gave us the former Attorney General, and head of the Criminal Division, under President Obama, that refused to prosecute any of the bankers that committed the frauds, by the way.

And they come in and they say, oh, gosh, there were bad things, but of course, the CEO isn’t personally responsible for any of them. And the board of directors, gosh, they tried to do everything right, but people just didn’t tell them the things that they needed to do. That’s always the game: to get them out of liability.

So, for example, this report says there’s not a single act of retaliation against whistleblowers at Wells Fargo. Because, if you said that there was, well, then, that would create liability, and the whole idea of this is to avoid further civil liability. So, here is the principle finding, the root cause of sales practice failures, was a distortion of the community bank sales culture and performance management system. Which when combined with aggressive sales management, created pressure on employees to sell unwanted, or unneeded, products to customers, and in some cases to open unauthorized accounts.

Well, how could this happen? Second line. Wells Fargo’s decentralized corporate structure, gave too much autonomy to the community bank’s senior leadership, who were unwilling to change the sales model. Or even recognize that as the root cause of the problem. Community bank leadership resisted, and impeded, outside scrutiny or oversight. And when forced to report, minimized the scale and nature of the problem.

What was the CEO’s problem? He relied on the head of community banking. What was the board of director’s problem? They relied on community Banking. Who got thrown under the bus? Well, here’s a shock. The senior woman in the organization… (laughs) …Miss Tolstedt is the evil person responsible for all these things, and this is a perversion of this otherwise wonderfully benign culture.

However this is no perversion. This is the defining way in which Wells Fargo ran itself. And ran itself from the very top of the organization, which is to say the CEO and the board of directors. What was unique about Wells Fargo was the degree to which it relied on cross selling.

Cross-selling means you come in to open a deposit. I say, “Great! And here are these seven other things you should open, as well.” Those things that — to go back and read — that was unwanted, or unneeded products to some customers. And in some cases to open unauthorized accounts.

Now, first, in some cases, there’s actually a number and it comes from Wells Fargo, and that number is 2 million times… (laughs) …2 million felonies, right? Ah, but, you know, it’s just some cases. Some is not dishonest, right? It’s just a big sum of sums.

Second, they are acknowledging for the first time what I’ve been emphasizing from the beginning. Yes, the 2 million pure frauds are horrible, but they are the tip of the iceberg. The vastly greater money, the thing that was off the charts, Wells Fargo cross-sold more than twice as successfully as any major bank competitor. Which is to say, as to most major banks, it was four and five times their level. Which is to say, it was way too good to be true.

Well, how do you get that done? By brutal incentives and firing. So, it’s a combination of, we create this extraordinary sales quota for everybody in the office, right? We call every two hours –- imagine that! –- To see how are you doing today? And meeting your sales quota, and we fire you if you don’t meet these sales quotas, which can only be met by, at the very least, selling -– and we’re talking about tens of millions of times -– product that you know are bad for your customer, that your customer doesn’t really want, but you’re going to overpower them in the sales business. Right?

This is not a distortion of Wells Fargo. This is the absolutely inevitable consequence. And it wasn’t peripheral to Wells Fargo. It was the defining element, and one that they took credit for. They talked about cross-selling hundreds of times. Right? In their annual reports at times, it’s throughout the annual reports. They were named, or Stumpf was named the best CEO, Bank CEO, in the country. Because of the cross selling. And now it’s, well, who knew, you know?

SHARMINI PERIES: And apparently he had said that his colleague Carrie Tolstedt, was the best banker in the country. So, obviously, they shared each other’s styles here, and appreciated them.

But, Bill, you said something very important, very early on, the independent nature of this inquiry, or the report. Now, it does say independent board members did this report. Now, this industry is so interested in self-regulation. If it has to throw a few of its own to the sharks, they do so in order to preserve that right to self-regulate.

Now, give us a sense of how deep they went, in terms of the report, and what still remains to be unraveled, and will there be any investigations conducted by real outside independent sources?

BILL BLACK: First, what was really going on? Well, there’s this thing called the Institutional Shareholder Service — the ISS — that makes recommendations about board members’ performance, whether you should vote to re-up them as members of the board. And it just came out -– and I mean just like, as in last week -– and said 12 of the 15 members of the Wells Fargo board should be booted. (laughs)

So… which is to say, that the supposedly independent members of the board, were highly motivated to come out with something that said, oh, it’s not us, and of course it’s not the CEO, because after all we’re really responsible for the CEO. It’s for this other person, and how could we possibly know? Because we have a culture that says, we don’t second-guess people. We delegate responsibility out to, you know, these junior officers who make $8 million a year — like, they’re a junior officer.

SHARMINI PERIES: All right, Bill. I thank you so much for joining us. And the comments…

BILL BLACK: Can I mention one other thing?

SHARMINI PERIES: Of course you may, yes.

So, when they try to sell you this crap, you live in a hyper-meritocracy, where CEOs are paid bazillions of dollars, because they’re so much better than the rest of us, go, “Yeah.” (laughs)

SHARMINI PERIES: All right, Bill. I do want to name this the Black Comedy Hour. Thank you so much for joining us.

BILL BLACK: Yeah. I don’t write the material. They do.

How White Collar Criminals Get Away with Murder