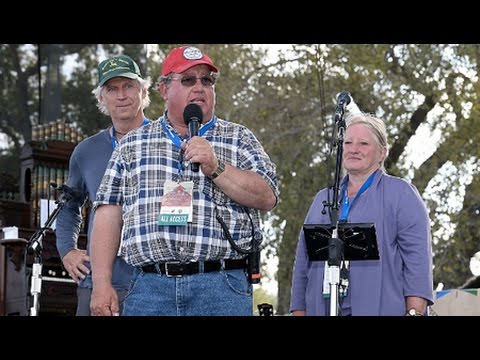 Donald Trump, on Friday, unveiled his Administration’s official go-ahead for the Keystone XL Pipeline, a controversial project that was rejected by his predecessor, former President Barack Obama.

Here is the President now making his announcement in the Oval Office, with his economic advisors, union officials of the building trades, and Russ Girling, the President of TransCanada, the builders of the proposed pipeline.

DONALD TRUMP: It’s a great day for American jobs, and a historic moment for North America and energy independence. This announcement is part of a new era of American energy policy that will lower costs for American families, and very significantly reduce our dependence on foreign oil, and create thousands of jobs right here in America.

And I also would like to add, I think it’s a lot safer to have pipelines than to use other forms of transportation for your product. When completed the Keystone XL Pipeline will span 900 miles, wow, and have the capacity to deliver more than 800,000 barrels of oil per day, to the Gulf Coast refinery. That’s some big pipeline.

KIM BROWN: Some big pipeline indeed, but will it in fact lower costs for American families, reduce our dependence on foreign oil, or even create thousands of jobs right here in America, as they stated in the press conference, as Donald Trump says?

Well, with us to help break this down is Art Tanderup. Art is a farmer. He’s also a retired schoolteacher from Neligh, Nebraska. The proposed pathway for the Keystone XL Pipeline is set to cut right across his entire farm, from northwest to south. He’s also a member of the Cowboy Indian Alliance, made up of Native American tribes, and landowners that live along the proposed pipeline route; and who have engaged in rallies in Washington D.C., opposing the construction of the Keystone XL.

So, Art welcome to The Real News, we’re very glad that you’re able to join us.

KIM BROWN: So, Art let’s take a look at another clip from today, on Friday — an exchange between Donald Trump and Russ Girling, who is the President of TransCanada, the builders of the Keystone XL Pipeline.

ROSS GIRLING: Well, we’ve got some work to do in Nebraska, to get our permits there–

ROSS GIRLING: …so, we’re looking forward to working through that–

RUSS GIRLING: We’ve been working there for some time, and I do believe that we’ll get through that process; but obviously will have to engage with, you know, local landowners, tribal communities. So, we’ll be reaching out to those over the coming months, to get the other necessary permits that we need. And then we look forward to starting construction.

DONALD TRUMP: Okay. I’m sure Nebraska will be good; Pete is a fantastic Governor. He’s done a great job, but I’ll call him today.

KIM BROWN: So, to be clear, Nebraska is still the only state on the Keystone XL’s proposed route that has not given permission. Is that far from a done deal, as far as you know, Art — with Donald Trump merely having to call Nebraska’s Governor, Pete Ricketts, to change his mind on that?

ART TANDERUP: Well… The President can call Pete Ricketts and they can have a wonderful conversation — but that’s not going to change the process that needs to happen. In Nebraska, it has to go through the Public Service Commission, and that means that TransCanada has to file an application. And then, like, we landowners and others can become interveners in that process; and we can present evidence, and so forth about, you know — why this pipeline should not go through the Sand Hills of Nebraska, and over the Ogallala aquifer.

And the Commission will then have to make a decision. They can reject the current route. They can place the route someplace else in Nebraska. Or, they can deny the route totally from Nebraska. So, they have one of those three options to do. And we obviously hope that they decide that the route should not exist in Nebraska.

KIM BROWN: So, you’re talking about the Public Service Commission in Nebraska. But give us some other possible legal obstacles that might hinder, or possibly block outright, the building of this pipeline.

ART TANDERUP: Well, obviously the process that the President went through, by… with a very speedy process; and to the State Department and not going through a new EIS. You know, President Obama had rejected this, which meant we needed to start over at the beginning. And we understand there will be legal action against the President, and the State Department on this, so that whole decision will probably be in court very soon.

KIM BROWN: So, the pipeline’s proposed route would cut across your farmland, Art. So, why are you so concerned about the effects that a spill could have? What would a spill of that pipeline do to your property?

ART TANDERUP: On our property, we’re in the eastern Sand Hills and over the Ogallala aquifer, which means that we are in a very fragile environment. If we have a leak, it goes through our sand, and down into the water that’s just a few feet under our feet, you know? It’s very close to us. So, you know if there’s a leak there it gets into that aquifer, it cannot be cleaned up. It’s just impossible to clean it up.

KIM BROWN: So, let’s take another look at a clip of Russ Girling, President of TransCanada.

RUSS GIRLING: We’re going to use the best technology. It will create thousands of jobs. And important tax revenues in local communities, that’s something that is often overlooked in projects like this. Local communities benefit greatly from these projects. It gives them tax revenues which they can invest in schools, hospitals, roads, teachers, nurses — all of those things — build the fabric of communities, and make those places better for those folks to live. So…

KIM BROWN: So, Art what about what Russ Girling says, in terms of the economic contributions to the community from the tax revenues? I mean, what would you say to that?

ART TANDERUP: They promise some property tax relief; it’s personal property, which means that it gets less and less over a period of 15 years — where it turns into nothing. So, after 15 years there’s no property tax, except for the locations where they have pump stations, which TransCanada will own.

And there they’ll have to pay property tax on those, which will be minimal. So, you know, the tax issue is very limited and it’s not, you know — does not justify the pipeline.

KIM BROWN: So, some of the other promises coming from the Trump Administration, along with TransCanada officials, is the promise of jobs — tens of thousands of jobs. So, will the construction of the Keystone XL Pipeline really be the job-creating project, the way Donald Trump describes it?

ART TANDERUP: Actually, no. Yes, there will be some temporary jobs, but you know, once it’s built, there will be 35 permanent jobs, and then you know, when the pipeline leaks, there will obviously have to be some clean-up jobs. There will not be one job from TransCanada in Neligh, Nebraska. There won’t be any jobs up and down this route. We’ll be lucky if any of those 35 jobs for this pipeline will be even in Nebraska.

KIM BROWN: So, Art talk to us about TransCanada, and their dealings with landowners and property owners in Nebraska. Has TransCanada made you an offer on your farmland?

ART TANDERUP: Yes. Back in the spring of 2012, after they announced this route, we had a land agent that came and they made it sound so wonderful. They never told us there were tar sands in this. We didn’t know a whole lot about it. And so, obviously we weren’t ready to jump on the bandwagon. And once we did the research, you know, we discovered there’s no way we want anything to do with this. And as time progressed, we have become extensively involved in working against this pipeline.

KIM BROWN: And what was their tone when they came to you, or even after you rejected their offer, was it still amicable, as it were? Or, did they become hostile?

KIM BROWN: So, Art talk to us about the response from your neighbors and from other Nebraskans, who have… are also being confronted with this possibility of this pipeline being built. What has been the response from the community around you?

ART TANDERUP: Well it’s a mixed response. Some people, you know, see the money as an opportunity to help pay some bills. Other people, you know, are like us and did the research, and found out that this isn’t a good thing.

So, you have a mixed environment. And you know, there are about 100 of us landowners across the state that have said, “No, we don’t believe this is a good thing, and we don’t plan on allowing TransCanada to put their pipeline through our land and water.”

KIM BROWN: So, can the Keystone XL Pipeline still be stopped, in your opinion? And what are some of the obstacles in the way of it being built?

ART TANDERUP: Well, we feel we have an opportunity in the Public Service Commission, as I stated earlier. And you know, we were able to beat it before. We don’t have as friendly a president, and he’s already done, you know, what he did today; so, you know, we have more strikes against us.

KIM BROWN: So, Art, some would possible argue that Donald Trump made the construction of the Keystone XL Pipeline a promise of his presidential campaign, and that he is simply fulfilling this promise. And Nebraska was one of the states that voted for Donald Trump.

So, are the majority of Nebraskans in support of this, because this is a campaign promise that he made? And that is the candidate that your fellow Nebraskans selected?

ART TANDERUP: Well, like you said, most in Nebraska voted for him. Some of us did not. And, you know, he’s fulfilling a promise he made; and he likes to fulfill his promises, he says. But I think he’s running into a little bit of a roadblock here; and he doesn’t understand how things work in Nebraska. And you know, I’m hoping we have a fair democratic process in our Public Service Commission, and they’re able to present facts and shut this thing down.

KIM BROWN: And lastly, Art what was your reaction and the reaction of your wife and your family when the announcement came down that Trump is indeed green-lighting this project?

ART TANDERUP: Well, we had early warning signs; we knew it was going to happen — we just didn’t know when. And so obviously, we’re very disappointed, but yet we, you know… We know we have to move forward, and we have to fight this thing, and hopefully we can beat it again.

KIM BROWN: All right. Well, joining us from Neligh, Nebraska we’ve been speaking with Art Tanderup. He is a farmer. He’s also a retired schoolteacher. And the proposed pathway for the Keystone XL Pipeline is set to cut across his entire farm.

So, Art, we appreciate you joining us. We hope to stay updated on further developments, because this pipeline was stopped once before; so we will see how the fight shakes out. And just know that we are pulling for you, okay?

KIM BROWN: Thank you. And thank you all for watching and supporting The Real News Network.