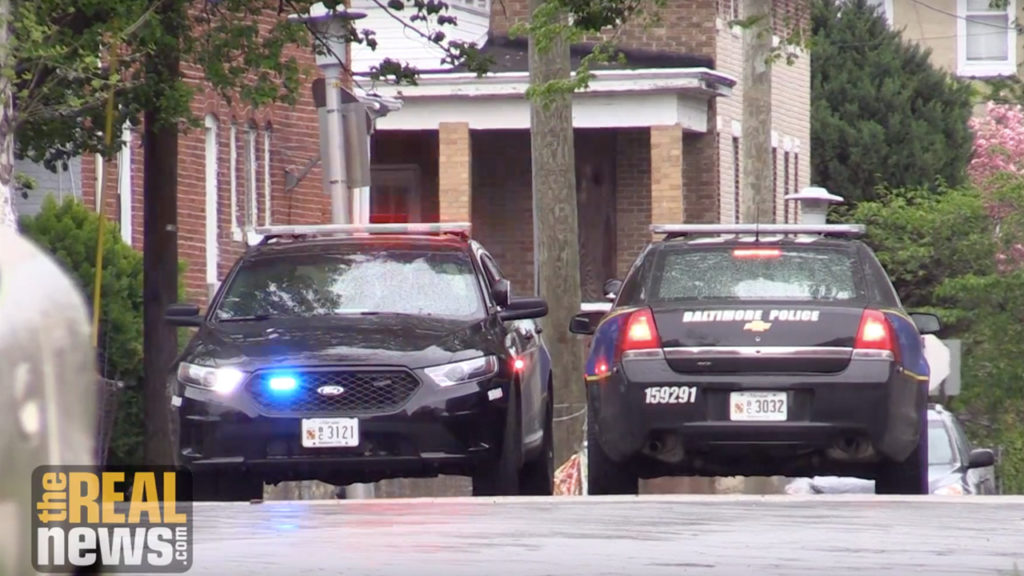 STEPHEN JANIS: This is Stephen Janis, reporting for The Real News Network in Baltimore City, Maryland. Could the Baltimore Police Department be robbing one of the poorest cities in the country? That’s what a new report implies. Stunning news about overtime spending and the Baltimore Police Department. In a city that suffers from entrenched poverty, a just released audit reveals what Mayor Catherine Pugh characterized as fraud and abuse of overtime.

CATHERINE PUGH: Is there overtime abuse? I believe so. Do we have the number of officers in the police department that we should? Absolutely not.

STEPHEN JANIS: Her conclusions are based on this just released audit, which reveals a culture where officers racked up overtime with little oversight or justification.

HENRY RAYMOND: The internal controls are insufficient to ensure that overtime expenditures are necessary, appropriate and it’s undetermined whether the present internal controls can prevent waste fraud and abuse of overtime.

STEPHEN JANIS: The report reveals that officers did not have to attend roll call or work full shifts to get overtime and that supervisors did not monitor the hours worked, and that ultimately, there was little justification for the near record 47 million in overtime officers racked up last year, a doubling of spending in just under four years during which the department spent a whopping 180 million dollars on overtime pay, all of which led city officials to conclude overtime is being fraudulently obtained by officers.

HENRY RAYMOND: One of the things we’re recommending is that all officers be required to report for roll call every morning so that BPD can determine that all staff have shown up on time.

STEPHEN JANIS: It’s troubling findings for a city plagued by poverty and for a community which funds the police department at twice the rate of schools, which is why Councilman Brandon Scott said the department needs real civilian control.

BRANDON SCOTT: Going to a structure that has a Board of Police Commissioners of which the chair of that board will be a citywide elected compensated official that citizens directly can hold them accountable, in addition to some appointees who will oversee that person who’s the law enforcement. And this is a process that’s done in Los Angeles, it’s done in Kansas City and St. Louis and Detroit.

STEPHEN JANIS: The overtime audit is another scandal for the Baltimore police that is currently under a federal consent decree with the Department of Justice for practicing unconstitutional and racist tactics. An agency that has endured withering criticism for the Gun Trace Task Force scandal, a group of eight officers who either pled guilty or were convicted of robbing residents, dealing drugs and earning overtime while on vacation. But the audit also raised a critical question of who will be held responsible, a query we asked the mayor.

It’s not like the command staff were just out to lunch. Who are you going to hold accountable for this?

CATHERINE PUGH: The next police commissioner and the command staff.

STEPHEN JANIS: Which would be who?

STEPHEN JANIS: Her response, perhaps indicative of the power of policing in a city that can least afford it. This is Stephen Janis and Taya Graham, reporting for The Real News Network in Baltimore City, Maryland.