Does Sarah Palin believe in the Anti-Christ? Does she believe true Christians will be whisked up to heaven sometime in the near future? Does she expect Jesus to come back to earth in our lifetimes and battle the armies of Satan? Would biblical prophecies about Armageddon influence her foreign policy positions on Israel and Russia? These are urgent questions the media have failed to ask. According to Chip Berlet, a leading expert on the Christian right, mainstream reporters tend to view apocalyptic fundamentalists as a "silly little side show" in American political life, when, in fact, one of their own may soon be a heartbeat away from the most powerful office in the world.

Does Sarah Palin believe in the Anti-Christ? Does she believe true Christians will be whisked up to heaven sometime in the near future? Does she expect Jesus to come back to earth in our lifetimes and battle the armies of Satan? Would biblical prophecies about Armageddon influence her foreign policy positions on Israel and Russia? These are urgent questions the media have failed to ask. According to Chip Berlet, a leading expert on the Christian right, mainstream reporters tend to view apocalyptic fundamentalists as a "silly little side show" in American political life, when, in fact, one of their own may soon be a heartbeat away from the most powerful office in the world. 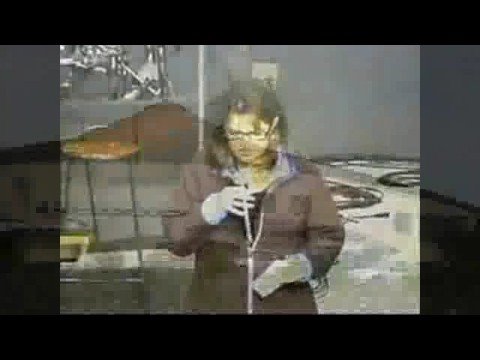 VOICEOVER: Does Sarah Palin believe that human history as we know it is destined to end soon? It’s a question worth asking. Does she believe the current conflict in the Middle East is the beginning of an apocalyptic war between the forces of God and Satan? She just might, and it would be a good thing for voters to know before election day. Millions of American fundamentalists are convinced that mankind is living in what they call "the last days" or "the end times." Millions also believe that someday soon, true Christians will be transported to Heaven in an event called the Rapture. They disagree over whether they’ll leave their clothes behind, but believers in the Rapture expect to leave the rest of us, leave us to a world ruled by the Antichrist and ultimately destroyed in the battle of Armageddon. Sarah Palin’s religion is often described as Pentecostal. And although most Pentecostals are socially conservative, they’re diverse enough to include Barack Obama’s director of religious outreach and the CEO of the Democratic National Convention. Soon after the Republican convention, the McCain campaign put out a statement saying Palin no longer considered herself Pentecostal, but for most of her life, Palin has attended churches in a very conservative branch of Pentecostalism known as the Assemblies of God. Their website states plainly that "Jesus is coming soon," the Rapture is on the way, and that all but the saved will suffer "everlasting punishment." The video on the website features the preachings of Pastor Thomas Trask.

THOMAS E. TRASK, FMR. GENERAL SUPERINTENDENT, ASSEMBLIES OF GOD: This matter of Jesus coming again is so very real it could happen any moment. We’re living at that very moment in this world’s time clock today. But what does Sarah Palin believe regarding the end times? We don’t know. She’s been asked about the "bridge to nowhere," her hockey mom life, and her political experience, but she’s faced very few questions about her religious beliefs.

CHIP BERLET, JOURNALIST AND AUTHOR: The role of the media, the mainstream media, has been very bad so far, because they simply are ignorant about religion and Christianity and where these boundaries between faith and public life are.

VOICEOVER: Chip Berlet is a leading expert on the Christian right.

GOV. SARAH PALIN (AK), US VICE PRESIDENTIAL CANDIDATE: I grew up at the Wasilla assembly. Nothing freaks me out about the worship service.

VOICEOVER: On June 8, Palin spoke at the Wasilla Assembly of God, the church where she was saved as an adolescent. By now, millions of Americans have seen the video clips where Palin connects God to some very earthly deeds, like a $30 billion gas pipeline.

PALIN: God’s will has to be done in unifying people and companies to get that gas line built.

VOICEOVER: She also credits an African evangelist for prophesying her success in the governor’s race.

VOICEOVER: And she praised the Iraq War will be revealed as a task from God.

PALIN: —that our leaders, our national leaders, are sending them out on a task that is from God. That’s what we have to make sure that we’re praying for, that there is a plan, and that that plan is God’s plan.

VOICEOVER: In the video, Palin doesn’t mention the last days, but the man standing beside her, Pastor Ed Kalnins does.

PASTOR ED KALNINS, WASILLA ASSEMBLY OF GOD: And I believe Alaska’s one of the rescue states—come on, you guys—in the last days.

VOICEOVER: Alaska’s place in biblical prophecy is something Kalnins talks about a lot.

KALNINS: I know that people from around the world will be coming to the state of Alaska to get something from God. There are some states that God considered as refuge states, I’ve heard prophesied over the years. One is Wisconsin, and the other one is—. There’s one other one [inaudible] 48, and the other one that was prophesied years ago and has been echoed along the way is Alaska.

VOICEOVER: Kalvins runs a school for missionaries called the Master’s Commission. One of its tasks is to prepare young people for the last days. He recruits them with this video.

VIDEO VOICEOVER: Master’s Commission, Wasilla, Alaska, has one purpose: to know God and to make him known.

KALNINS: God has a destiny for the state of Alaska.

VIDEO VOICEOVER: The Master’s Commission is one of the keys in God’s plan for Alaska, the United States, and the entire world.

VOICEOVER: In the video from June, Palin is addressing a graduating class of the Master’s Commission. Here she urges them to spread the spirit of prophecy throughout Alaska.

VOICEOVER: But if Palin truly believes we’re in the end times, it could have implications far beyond Alaska. The Assemblies of God, like many fundamentalist churches, endorses what’s known as Christian Zionism.

TRASK: You see, I believe that Israel is God’s time clock. Keep your eye upon that little piece of real estate called Israel.

PASTOR JOHN HAGEE, CORNERSTONE CHURCH: Jesus said in Matthew 24:32 that look at the fig tree, and when it blooms again, you will know that my coming is nigh at hand.

VOICEOVER: Christian Zionists believe that the creation of the state of Israel was prophesied in the Bible, and some say that Christ will return only when Jews take complete control of the Holy Land.

BERLET: This scenario is scary enough. But for some people it becomes a self-fulfilling prophecy. They become so wound up that we’re facing an end-times battle with the forces of evil that they began to aggressively pursue Islam as a power that’s destabilizing the world. They become more bigoted towards Muslims. They push American foreign policy towards a more aggressive stance in the Middle East. They are not at all afraid of serious military confrontation with Iran and other states in the Middle East. And, in fact, some of them even talk about, you know, nuclear war perhaps being the endgame of the end times.

BERLET: And some of them are praying that this will come sooner rather than later.

TRASK: And the church of Jesus Christ is the only institution that has a front-row seat to understand what’s happening with world events and to wait with anticipation and expectation as a "yes, yes" as we see these things happening. The world is frightened, the world is paralyzed, and the church is mobilized. There’s a world of difference.

VOICEOVER: It would have been nice if Katie Couric or Charlie Gibson had asked Palin if she’d second-guess Israel if it launched a nuclear attack against Iran or if her support for Israel had anything to do with her belief in prophecy, but they didn’t. And there’s another issue where the media have dropped the ball regarding Palin’s religion: Russia. End-times evangelists like Jerry Falwell, Pat Robertson, Tim LaHaye, and John Hagee have long claimed that Russia is destined to attack Israel and start the battle of Armageddon. It’s a belief rooted in Cyrus Scofield’s 1909 translation of the Bible, the most popular version of scripture among fundamentalists for the past century. The book of Ezekiel tells that a land known as Magog will lead a group of nations to war against Israel. The actual identity of Magog remains a mystery, but Scofield pointed his finger at Russia, and Russia’s been a staple of end-times prophecy ever since. In her interview with Katie Couric, Palin spoke about Russian Prime Minister Vladimir Putin as if he were a beast, not the leader of the world’s number-two nuclear power.

PALIN: As Putin rears his head and comes into the airspace of the United States of America, where do they go? It’s Alaska—it’s just right over the border.

VOICEOVER: In the ABC interview, she didn’t flinch at the idea of war with Russia.

CHARLIE GIBSON, ANCHOR, ABC WORLD NEWS: —NATO treaty, wouldn’t we then have to go to war if Russia went into Georgia?

VOICEOVER: Once again, Gibson and Couric missed their chance to ask Palin if biblical prophecy had influenced her views. For 2,000 years, Christians have been waiting for Christ to return to Earth. Many believers, from the founding fathers to Martin Luther King, to today’s Catholic Church have interpreted the idea of the apocalypse as a metaphor for a coming epoch of justice, when hidden truths will be revealed. But in recent decades, those who claim to take the Bible literally have won huge followings and political clout. With Sarah Palin’s nomination they are closer than ever to the Oval Office. John McCain seems to have realized that the people he once branded "agents of intolerance" are indispensable to his presidential ambitions.

BERLET: The idea that some of these apocalyptic fundamentalist preachers actually have the ear of Republican Party strategists and political figures and elected officials is very true, and it’s not at all the kind of silly little sideshow that the mainstream media pretends that it is.

VOICEOVER: In these last days of the Bush administration, believers and non-believers alike will ask Sarah Palin many questions. Let’s hope someone asks her if she believes in biblical prophecies about Israel, Russia, the Antichrist, and Armageddon, and if she thinks the world as we know it will last much longer.