Communities crushed by the foreclosure crisis are dealing with hundreds, and sometimes thousands, of abandoned and deteriorating houses. As local governments scramble to grapple with the problem, Congress, who bailed out Wall Street to the tune of $700 billion, has provided little relief. Four billion dollars has been set aside by Congress to help communities buy up and repair foreclosed houses, but will it be enough?

Communities crushed by the foreclosure crisis are dealing with hundreds, and sometimes thousands, of abandoned and deteriorating houses. As local governments scramble to grapple with the problem, Congress, who bailed out Wall Street to the tune of $700 billion, has provided little relief. Four billion dollars has been set aside by Congress to help communities buy up and repair foreclosed houses, but will it be enough? 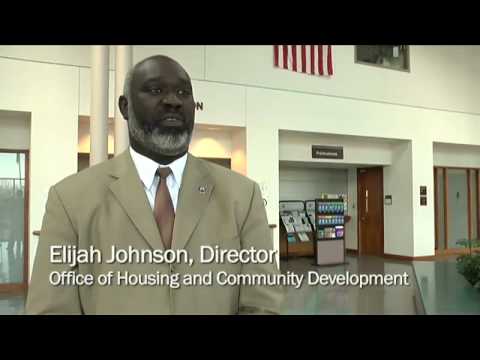 VOICEOVER: Around Washington, DC, Prince William County in Virginia is ground zero for the foreclosure crisis. Just this summer, Congress was patting itself on the back for passing a mortgage rescue bill that included $300 billion in guarantees for refinanced mortgages. Another $4 billion of housing and urban development money was set aside to help communities buy up and repair foreclosed houses. Prince William’s share may be too little too late.

MARY KANE, REPORTER, THE WASHINGTON INDEPENDENT: You take an area like Prince William County. They’re expecting 7,000 foreclosures this year. Their share of that $4 billion is going to amount to about $2 million or so to buy up some foreclosed homes. And when you break that down, we’re talking about 50 to 70 homes versus 7,000 foreclosures coming down the pike. But that’s not the only problem. Houses that are left to sit vacant for a long time have a lot of damage. It costs a lot of money to get a foreclosed house into shape to be sold again, and it costs a lot for the county or the city where they’re located to take care of them, to clean up the vandalism and clean up the trash in the yard.

KEITH M. ELLIOTT JR., REMAX REALTOR: It’s a nice subdivision. I think a lot of families live here, and they’re very comfortable living here. There is, you know, problems like this, where you’ve got a home that is bringing down the other values of the neighboring homes. Alright. So this may have been a rec room type of scenario.

KANE: Oh, I see. They put that in. Who would buy this house? Honestly, who would buy a house like this?

ELLIOTT: There’s been many foreclosures in this subdivision, as well as all over the county.

KANE: Is there possibly enough money to fix up all these? I mean, we’re talking millions and millions of dollars you’d need to fix up all these foreclosed properties and get them back on the market. I mean, it would be a huge cost, whoever’s going to do it.

ELLIOTT: It could be a tremendous cost for whoever’s going to do that.

VOICEOVER: Prince William County has yet to see any of the $2 million in federal funds. They are looking forward to getting the money in February.

KANE: The way that neighborhoods and towns and communities are looking at the money is that even though it’s a small amount of money, it’s a start. They’re looking for anything to help them restore some confidence in the market and get their housing stock moving again. So even though it’s not a lot of money for them, it’s better than nothing.

VOICEOVER: For local officials the $2 million will be just one element in a long struggle for stability.

ELIJAH JOHNSON, DIRECTOR, OFFICE OF HOUSING AND COMMUNITY DEVELOPMENT: We want to get that sense of community back and revitalize the markets so that we can get homeowners purchasing units and getting families moved into units. Our current proposed plan is to use the funds for down payment and closing cost assistance, along with rehab assistance, for families looking to purchase homes in the targeted areas.

VOICEOVER: A lot of foreclosed homes in Prince William County are new homes, built in the boom years when people were moving further and further into the rural areas outside of Washington, DC.

KANE: You also have foreclosures in very high-end areas. There was a lot of new development in Prince William County, a lot of subdivisions filled with, you know, big mansions. And those are having their own foreclosure problems as well.

KURT SEASTEAD: They broke the [inaudible] and they took all the cabinets with them. They left the oven cabinet, but you can see the oven’s gone too. Cooktop does still work. The sink sort of works, but it leaks at the same time.

VOICEOVER: Kurt Seastead recently bought a foreclosed home that previous owners trashed before leaving. Seastead expects to pay $20,000 to repair the kitchen and other damage to his new home, but it’s worth it to him, since he will be getting out of a big mortgage payment.

SEASTEAD: Well, I had sold our house. I’d actually sold a larger house, so I’m downsizing. I basically laid off the square footage. I couldn’t lay off employees, but I can lay off square footage. So I went from probably about a 6,000-square-foot house to this one, about 3,000. But it cut my mortgage payment in half, cut my taxes in half. I had to get out of my house in 30 days, so we were looking for one that was vacant that was foreclosed so that we could move right away.

KANE: Okay. And were you moving right away to get out from under mortgage payment, basically?

SEASTEAD: Yeah, to get to a lower mortgage payment. Yeah. Yeah.

KANE: And if you hadn’t been able to get out, was your house going to get foreclosed on?

VOICEOVER: That discomfort is likely to spread as communities wait in vain for relief to arrive from Washington.