The recently signed stimulus sets aside billions of dollars for the Department of Housing and Urban Development to address the needs of low-income families, but new HUD Secretary Shaun Donovan is inheriting an agency crippled by years of neglect.

The recently signed stimulus sets aside billions of dollars for the Department of Housing and Urban Development to address the needs of low-income families, but new HUD Secretary Shaun Donovan is inheriting an agency crippled by years of neglect. 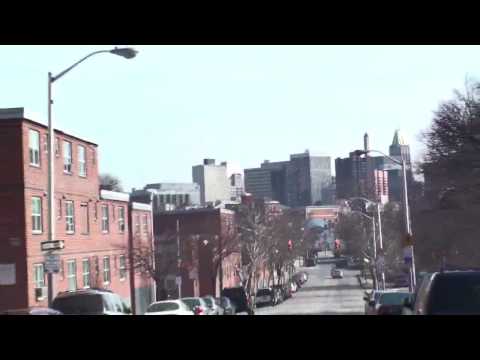 SHARON: This was my first place ever, and I stayed here for 28 years.

VOICEOVER: For most of her life, Sharon ["BUR-lee"] lived in the Beaufort Crest Apartments in Baltimore, run by the Department of Housing and Urban Development. She is among the nearly 5 million low-income Americans dependent on HUD for their housing, and she’s part of an especially vulnerable group: renters struggling to find a place in a market wrecked by the foreclosure crisis.

SHARON: I really didn’t think it was going to affect me like that. You know what I’m saying? I haven’t been here since 2006 I drove through. But to actually see that they done tore them down. I’m really going to miss it.

VOICEOVER: Three years ago, Sharon and 40 other households were forced to move after the Beaufort Crest complex failed numerous HUD inspections. Critics claim under the Bush administration HUD was at best a neglected stepchild, wracked by scandal and mismanaged by political appointees. Now, with so much attention focused on homeowners and the mortgage crisis, renters are more vulnerable than ever.

JOHN TAYLOR, PRESIDENT, NATIONAL COMMUNITY REINVESTMENT COALITION: We have this obvious, immense housing problem, a growing homeless population, renters without the capacity to rent, Section 8 certificates that are totally inadequate in terms of the number of the population, public housing that’s falling down around people. And, you know, it’s getting worse; it’s not getting better.

SHAUN DONOVAN, SECRETARY, DEPT. HOUSING AND URBAN DEVELOPMENT: If we can’t ensure access, equal access to housing, I frankly think we can’t fulfill the promise of opportunity that this country holds out.

VOICEOVER: The new HUD secretary, Shaun Donovan, comes to the job after four years of running New York City’s housing department. Hopes for Donovan are high, but he has a tremendous task ahead of him.

TAYLOR: The first challenge for HUD is to do something that we really haven’t seen recently from HUD, and that is to develop an actual national housing policy. Even though there might be something on paper that’s stated by previous administrations, this one is going to have to be very clear about what that housing policy is.

VOICEOVER: The Obama administration’s stimulus bill adds an extra $13 billion to HUD’s $40 billion budget. But the backlog of needed repairs to HUD housing is estimated to be at least $22 billion. All over America in cities like Baltimore, public housing advocates are waiting to see when and where the stimulus money will flow.

GREG COUNTESS, BALTIMORE LEGAL AID: Baltimore has an extremely [snip] for housing which is affordable to the folk who live here.

COUNTESS: As an advocate, I’m hopeful that he will make the issues of housing preservation, affordable-housing production a priority because the need is just so great. And on any given night, there are probably about 3,000 families who are homeless and out there searching for housing.

VOICEOVER: Around the country, 2 million people are dependent on Section 8 vouchers for housing. However, as foreclosures wreck the housing market, many are having difficulty finding places to rent. Sharon felt lucky to find a rental unit that would accept her Section 8 voucher. But before long, a familiar pattern of neglect began to emerge.

SHARON: In the beginning, management was okay. But this last year, management has not been very good at all. This was another repair job here.

CAPTION: If Sharon’s apartment fails two inspections, she must move within 90 days.

VOICEOVER: Under the voucher system, the landlord is responsible for doing the proper repairs. But according to Sharon and Baltimore legal aid, this landlord has disappeared. Section 8 inspectors have already cut off payment after the required work was not done. And now Sharon, like thousands of others dependent on HUD vouchers, is facing the prospect of moving once again.

SHARON: I just feel like I’m about to go back out into the winter to do the same thing that we just got finished doing. I have no money to move on a fixed income. It’s not just that easy for me just to pick up and move.

VOICEOVER: When Sharon does start looking for an affordable place to live, she will have plenty of company. According to Greg Countess, Baltimore only has half the amount of low-income housing the city should have.

COUNTESS: Right now in the city of Baltimore, there are approximately 30,000 affordable housing or subsidized housing units, and it’s calculated that they would need an additional 60,000 in order to meet the need.

VOICEOVER: It is that lack of housing that the new secretary of HUD will have to confront as he tries to renovate an agency sorely in need of [inaudible]