PT2 Annie Machon (MI5 whistle blower): The culture of MI5 and MI6 is even worse since 9/11

PT2 Annie Machon (MI5 whistle blower): The culture of MI5 and MI6 is even worse since 9/11 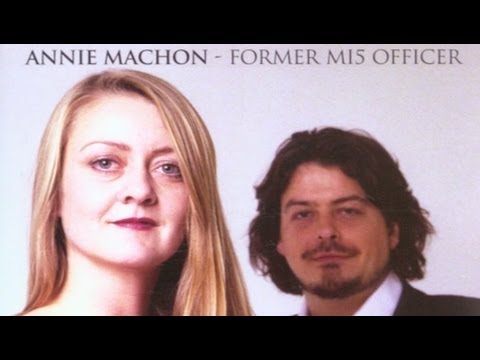 Annie was an intelligence officer for the U.K.’s MI5 in the 1990s. She left after blowing the whistle on the incompetence and crimes of the British spy agency. She’s now a writer and a political speaker, a public speaker. And she’s also director of Law Enforcement Against Prohibition, or LEAP, based in Europe. Thanks for joining us again, Annie.

JAY: Alright. So we left offâ€”you got to watch part one, ’cause I’m not going to summarize it. We’re going to just pick up where we were. You left off with you had had enough. And then what?

MACHON: Well, after David was briefed about the Gaddafi plot and he saw it unfold, he decided he had to do something about it. So we took the decision of resigning and going to the newspapers, because under British law, the Official Secrets Act, the only people you can report a crime to legally are the heads of the agencies you’re reporting on, so, of course, you can imagine how many complaints are upheld. And he had tried taking it up the management chain. They weren’t interested. So he made contact with a British newspaper just before he resigned, and then we resigned. It took a long time to build the relationship of trust.

JAY: [incompr.] just clear on timing here. This is before this bomb goes off or after?

MACHON: It’sâ€”no, no. This is after the Gaddafi attack inâ€”.

JAY: So the attack has taken place.

JAY: So the motive for doing this is you think it was illegal, there should be some accountability, you don’t want it to happen again.

JAY: And why do you guys stick your necks out?

MACHON: Innocent people have died. I mean, we weren’t the only people resigning at the time. Many of our colleagues had equally valid reasons for leaving. They were flooding out of the agency because they were concerned about the ethics of the organization. But most of them didn’t go public. They had ties and kids and mortgages and things. But yeah.

So the bomb occurs in late February, early March 1996. We resign in the summer of 1996. In the meantime, David makes contact with a national newspaper in the U.K., because he reckons if you’re going to stick your neck out and go public about something, you want as much fuss as possible to push for an inquiry into this crime. It took a long time for the whistleblowing to happen, because the journalists were suspicious it might be a sting operation, and David was paranoid about being shopped by the journalists. So it took a few months. And then, finally, in summer 1997, the story started to break.

Now, the newspaper was too frightened to go with the Gaddafi plot initially.

JAY: Which paper are we talking about?

MACHON: It was The Mail on Sunday, which is a big national newspaper, and it’s independently owned, crucially. So it belonged to Viscount Rothermere, who was very anti intelligence agencies. So it was a good newspaper to go with.

So, yes, the story finally breaks. They were too frightened to go with the Gaddafi plot. They wanted to research it themselves. So they start with the low-level stuff like files on government ministers, illegal phone taps.

And we flee the country. We literally have to go on the run around Europe, because we don’t want to sit in our flat waiting to be arrested by the secret police. So we flew off to the Netherlands, we backpacked all around Europe for a month. And the government took out an injunction, of course, to try and gag David Shayler and gag the whole of the U.K. media to stop other stories coming out. And it all looked good, because once they did that, the whole of the national media was saying, you can’t do this, we’re the free press. The injunction occurred at the end of JulyÂ ’97. We went to bed happy.

The next morning, we woke up to the news that Princess Diana had died in Paris that night. So that was the end of any media support we could conceivably have had in our case. So we sort of found ourselves lost in Europe. And I went back after a month, knowing I’d be arrested, knowing I’d be questioned by the counterterrorism police. I found that our flat, our home had been completely ripped apart in a counterterrorism-style search. They found nothing. They also arrested David’s brother, two of his best friends, on trumped-up charges to put pressure on him.

I was never charged. I was never tried of anything And then I returned to France, where David had found a little farmhouse to hide in. And we spent almost a year there, where he tried to negotiate with the government.

JAY: Now, when you say "hide", they were looking for him and couldn’t find him?

MACHON: Yes. Yeah. They were sort of chasing us all around Europe. And then we found this little place through a friend of a friend.

JAY: With an arrest warrant?

MACHON: Not at that point, no. It was the intelligence agencies, not the police. But we were there for about a year. And David finally got the newspapers and the BBC to come out with the Gaddafi plot story in the summer of 1998.

And after all this time hiding in France, suddenly there’s an urgent extradition request from the British government to the French, saying, David Shayler’s a traitor, you’ve got to extradite him back to us. So they arrested him and put him in prison, and he was there for a few months.

JAY: And then what happens?

MACHON: The French released him. They do not extradite people for political actions, which is what they deem whistleblowing to be. So a handy hint to anyone who has to go on the run from spy agencies: go to France.

JAY: And what happens to you?

MACHON: I’m stuck in Paris. My partner’s in prison.

JAY: They haven’t been chasing you. They didn’t try to extradite you.

MACHON: They didn’t, no. No. They wanted David because of the Gaddafi plot story. So I spend my time sort of shuttling backwards and forwards between France [crosstalk]

JAY: ‘Cause he was the lead whistleblowerâ€”

JAY: The stuff that you blew the whistle on was what?

JAY: So then what happens? What do you do? They do extradite him eventually.

MACHON: They don’t, no. They fail.

MACHON: Then we haveâ€”then he is safe in Paris. So we live in Paris in exile for two years. So he’s there. They can’t touch him, so long as he stays in France. I travel backwards and forwards between France and London trying to lobby MPs and deal with the journalists, deal with the lawyers, and at that time more evidence comes out from the CIA and from the French DGSE, which is the French CIAâ€”actually, backing up, the fact the Gaddafi plot had happened, because the British tried to brush it aside as fantasy. And also, crucially, a document was leaked from MI6 which supported the Gaddafi plot, too.

So at this point, of course, there’s another huge push for an investigation into this criminal action by MI6, and the government managed to spin its way out of having an inquiry.

JAY: So there never is an inquiry.

MACHON: There’s never an inquiry. To this day, they still haven’t officially taken the evidence.

JAY: And how many people were killed in that bombing?

JAY: And who were they?

MACHON: Mainly bystanders. I gather two of Gaddafi’s entourage were killed, too.

MACHON: Just people standing on the street, watching the cars go by. Yeah.

JAY: So this is collateral damage, as they like to say.

MACHON: They do now, yes.

JAY: So then what? So this is neverâ€”then this is never unravelled, this issue, in terms of any kind of public accountability.

JAY: And hasâ€”do you thinkâ€”I guess you weren’t inside after this, but do you think anything changes in terms of the culture of either MI5 or MI6?

MACHON: I gather it’s got worse, actually, because there was a crackdown in the wake of our going public. They very much tightened up security. They threatened anyone that we’d known in the services with prosecution if they spoke to us. And I know as well, post-9/11, of course, when the security gloves came off, that the culture spiralled out of control.

So we have a situation now where MI5 and MI6 are being investigated for involvement in torture of terrorist suspects, along with some of the American agencies, and when I was there in the 1990s they did not torture people. I mean, one, of course, it’s ethically wrong, but two, they knew it was counterproductiveâ€”they’d seen it being counterproductive in the civil war in Northern Ireland in the ’70s. They didn’t do it.

But I think since 9/11, opinion has hardened and itâ€”I’m sure there are many, many more people, potentially, who could blow many, many more whistles now than we ever could in the 1990s. It’s just, you know, they’re too frightened to. 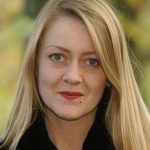 Annie Machon was an intelligence officer for the UK’s MI5 in the 1990s, but she left after blowing the whistle on the incompetence and crimes of the British spy agencies. She is now a writer, media commentator, political campaigner, and international public speaker on a variety of intelligence-related issues. She is also the Director of…