Appointing Alex Azar, who ran the pharmaceutical company that skyrocketed drug prices, is the wrong way to go, unless your goal is to "enrich the pharmaceutical industry at the expense of the public health," says Alex Lawson, executive director of Social Security Works

Appointing Alex Azar, who ran the pharmaceutical company that skyrocketed drug prices, is the wrong way to go, unless your goal is to "enrich the pharmaceutical industry at the expense of the public health," says Alex Lawson, executive director of Social Security Works 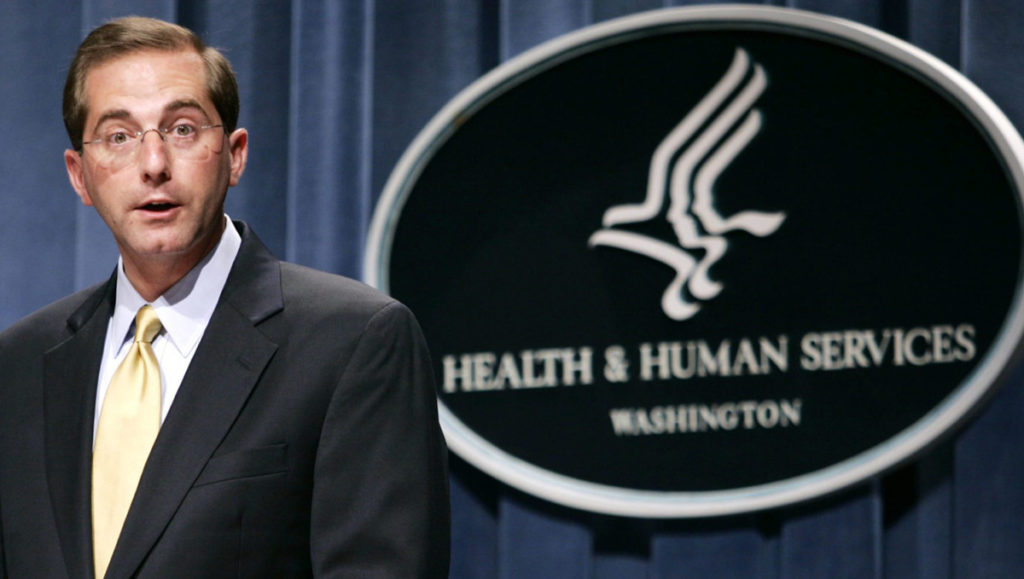 SHARMINI PERIES: It’s The Real News network. I’m Sharmini Peries coming to you from Baltimore. In a vote of 55 to 43, the U.S. Senate confirmed the appointment of Alex Azar, the former CEO of the pharmaceutical company Eli Lilly, as the new secretary of Health and Human Services on Wednesday. He replaces Tom Price, who was forced to resign because of his abuse of public funds. Republicans see Alex Azar as a safe bet, since he already served as deputy secretary under President George W. Bush. However, progressive Democrats such as Senator Bernie Sanders and Elizabeth Warren severely criticized his appointment because of his role in raising drug prices at Eli Lilly. Joining me now to discuss Azar’s appointment is Alex Lawson. Alex is executive director of Social Security Works, an organization that fights to expand Social Security, Medicare and Medicaid, and to also lower prescription drug prices. Thanks for joining me today Alex.

ALEX LAWSON: Thanks for having me.

SHARMINI PERIES: Alex, you were on the Hill today trying to get the attention of some critical senators here. Describe for us what happened.

ALEX LAWSON: We went to the Hill this morning to deliver over 300,000 petition signatures that we’ve gathered with a host of groups: Unite Here, Public Citizen, CREDO [Action], The Other 98%, just a few of them. This is just a small amount of the frustration that is out there in America about out of control drug prices. These petitions were specifically saying, “Do not vote to put the fox in charge of the henhouse.” Literally this is the guy who ran the company that skyrocketed the drug prices, and now they’re going to put him in charge of our healthcare system, including regulating the pharmaceutical industry. It’s just exactly the wrong way to go. Unless, unless your entire reason for doing it is to enrich the pharmaceutical industry at the expense of the public health so that you can cash out just like Alex Azar did the last time he worked for the public. He actually just cashed out and went directly into the industry that he was supposedly overseeing.

We delivered those petitions to three offices. Senator Manchin, Senator Heitkamp, and Senator Carper. We actually ran into Senator Manchin himself and were able to give him the petitions directly. Unfortunately he told us to our face that he was going to vote for him out of some bizarre belief that by voting to put the fox in charge of the hen house, he would be more able to somehow rein in the abuses, which doesn’t make any sense.

SHARMINI PERIES: All right. What now? This is a done deal now? Is that right?

ALEX LAWSON: It is. He’s been confirmed. By 55 votes. You had six Democratic senators and an independent, Angus King, who caucuses with the Democrats, vote for him, along with all the Republicans, except for Rand Paul who voted against him, and then McCain and Corker who were not present. But this is done. He’s confirmed. He is the secretary of HHS. As hard as it was to find someone who is worse than Tom Price for that position, the Trump administration managed to do it.

SHARMINI PERIES: Alex, while you were on the Hill, you had an exchange with Senator Manchin. Let’s have a look.

ALEX LAWSON: Senator, can we deliver these petitions to you to vote no on Alex Azar this afternoon when he comes up?

Senator Manchin: Oh okay. Well, I’m going to vote for Alex, because I’ve got a commitment to fight the opiate epidemic that’s killing my state.

ALEX LAWSON: Alex Azar, when he was at Eli Lilly worked in collusion with other pharmaceutical companies to skyrocket the price of insulin. We do not think he can be trusted.

Senator Manchin: Is that on insulin?

Senator Manchin: Any of that is bad. Only thing I can tell you is I’ve got a commitment. I’ve gotta fight the war on drugs, and I’m going to try to hold him accountable. I vote for him and I can go after him in a much more credible way if he doesn’t change his ways.

SHARMINI PERIES: Alex, tell us what happened. Describe that moment and why you think Manchin is taking the position he is?

Like Eli Lilly skyrockets the price of insulin, which type 1 Diabetics need a shot a day just to stay alive. That’s Alex Azar’s company. Year after year after year the price of insulin goes up. I think there’s no reason to be generous to these senators who voted to confirm this guy. They voted to say that behavior is acceptable. The American people reject that completely and totally. The American people are sick of being ripped off. They’re stealing our money and our health, and it’s time that the pharmaceutical industry start paying. Not be put in charge of the entire healthcare system.

SHARMINI PERIES: Alex, recently Politico reported that Azar played a role in testing Cialis, an erectile dysfunction drug, on children. Tell us about this case and what had happened.

ALEX LAWSON: What Azar did, it’s a little bit in the weeds, but you just have to understand this. The entire business model of the pharmaceutical industry is that the public, the taxpayers, we pay to develop drugs. It’s not the companies. It’s paid for by the public out of the NIH, out of university grants. They don’t … The drug companies don’t pay to develop drugs. They take those developed drugs by public resources and then they get monopoly power through their patent. They get a publicly granted patent. Then they abuse those patents by charging the highest prices in the world to American consumers. But their entire business model is based on maintaining that monopoly power. As soon as something looks like it’s going to go off patent and they would face competition by a generic brand, they will do anything to retain that monopoly power.

By anything, I mean they will pretend that an erectile dysfunction drug, which is Cialis, is somehow going to be okay to be used by children for some other indication. That is only because there is a law, there’s a specific law that allows pharmaceutical industry to maintain the monopoly power if they can show that a drug is useful to children. That’s all that he was doing there. It was just to do one thing, maintain the ability to rip off the American people. You see, they have no qualms about it. They were testing Cialis on children to try to maintain the ability to rip off the American people. That is who now is in charge of our healthcare.

SHARMINI PERIES: Alex, I thank you very much for your interview and analysis and look forward to having you back, as I think this is going to be a treacherous road for healthcare.

ALEX LAWSON: Thank you so much for having me.

Alex Lawson is the executive director of Social Security Works, an organization that fights to expand Social Security, Medicare and Medicaid, and to lower prescription drug prices.

How Dismantling an Obscure Tax Created an American Aristocracy

Will Trump’s Latest Attack on Obamacare Strike a Death Blow?

Trump’s HHS Nominee ‘Should be Under Criminal Investigation’