Antonia Juhasz: From oil production to pipelines, energy is a major factor why the US won't leave Afghanistan anytime soon

Antonia Juhasz: From oil production to pipelines, energy is a major factor why the US won't leave Afghanistan anytime soon 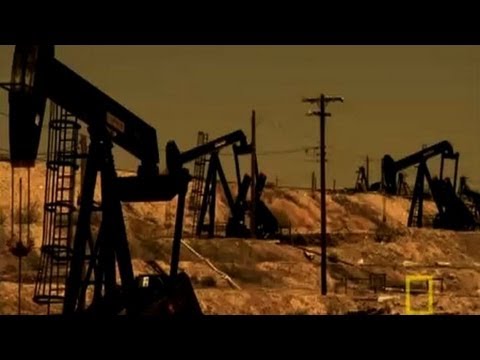 PAUL JAY, SENIOR EDITOR, TRNN: Welcome to The Real News Network. I’m Paul Jay in Washington. Most of the major conflicts in the world are about oil, one way or the other, and that’s true for the war in Afghanistan as well. Now joining us to talk about the energy war in Afghanistan is Antonia Juhasz. She’s the author of the book The Tyranny of Oil and recently wrote an article in Foreign Policy in Focus called Afghanistan’s energy war. Thanks for joining us again, Antonia.

ANTONIA JUHASZ, AUTHOR: Thanks for having me.

JAY: So talk a bit about the energy war in Afghanistan. I mean, over the years there has been talk about the importance of building a pipeline through Afghanistan, and we can talk more about that in a minute, but we don’t hear very much about the fact that Afghanistan actually produces oil. And so the question arises: who owns it now?

JUHASZ: And this is a really important question that’s really been left out of the debate. And I was just in Afghanistan in August doing research on this question of oil and energy and the war and looking at how the development of Afghanistan as an energy producer and conveyor could be playing into the continuation of the foreign military presence there, both the United States’ and Canada’s of course. And there’s two components, as you say. There’s both Afghanistan as a producer of oil and an owner of oil, and as a location for pipelines to carry oil and natural gas. So what’s unknown, I think, to most people is that Afghanistan does have oil–a small amount compared to its more famous neighbors, such as Iraq compared to 115 billion. So, the amount of oil, while it’s not as much as Iraq’s, is still very significant, of course, to Afghanistan and its potential economic benefit. But any oil is oil right now at this time in the world, when oil is worth so much money per barrel. And, of course, it is a diminishing resource. So even a little bit is worth a lot, and the fight over it is a serious fight. And while the attempt to capture Iraq’s oil and provide, basically, greater access to Western oil companies to Iraq has played out on a very public stage, it’s been happening very quietly and unbeknownst to most Afghans and people outside of Afghanistan in that country. A new law was passed in Afghanistan in 2009 which essentially privatizes the Afghanistan oil production operations, taking it from a state-owned industry to a privatized industry and doing it on the most corporate-friendly terms, basically, pretty much available anywhere in the world. The terms provide for 45 years worth of potential ownership of foreign companies, which is really unheard of. In most countries where there are contracts with foreign companies, they last for maybe two years, maybe three years. In other countries where this model of contract is used, the terms are usually 12 years, maybe 20 at the longest.

JAY: And which oil companies have gotten contracts so far?

JUHASZ: Well, so far the bidding rounds have only just begun. And, of course, there is tremendous instability in Afghanistan. So the thing that has stopped many companies from being interested in entering Afghanistan is the fact that there is, of course, a full blown war and tremendous insecurity, and the ownership in production of oil though is very important to all sectors of the conflict. And so we’ve only just started to see–while the law passed in 2009, the process of opening up the country to private investment has only just begun.

JAY: Now, the other big issue that people have always talked about it in the Afghan war is pipeline politics. There was a lot of interest in building a pipeline during the Taliban years. There was even some negotiations going on between–I guess it was Unocal, the American oil company. Where is that at now, given that the war has become so much even more intense?

JUHASZ: Yeah, so this–the idea of essentially Afghanistan’s role, its location as a conveyor of energy, there is a tremendous amount of oil and natural gas in the Caspian region that is landlocked, and how to get that out and get it to the West and not move through traditional locations where it’s gone so far, which is through Russia on one side–well, in particular moving through Russia–and instead to pass through Afghanistan and carry natural gas out through Pakistan. And the pipeline is called the TAPI, the Turkmenistan-Afghanistan-Pakistan-India pipeline. And it will carry natural gas. But if–once you’ve built the corridor, you could, of course, easily provide pipelines for oil as well. As you say, negotiations have been ongoing for decades, happening directly with the Taliban in the ’90s. And then when there were sanctions against Afghanistan put in place by the Clinton administration, negotiations had to stop. They were restarted very aggressively by the Bush administration with the invasion of Afghanistan, and actually getting this corridor in place was a core aspect of the Bush administration’s goals in Afghanistan. And that goal has continued on into the Obama administration, with Secretary of State Hillary Clinton recently saying on a trip to India that she wanted to see the pipeline put into place and built, and the minerals minister of Afghanistan announcing that the pipeline would begin to be built next year and be completed in 2014. Now, this is problematic right now for many reasons. The main reason is again security. There just isn’t capacity by the Afghan government to provide its own security. And the interest in the pipeline would be very great. They’re the largest US oil companies, all of which produce in the Caspian, all of which have wanted to see a new pipeline built, and Western oil companies, not just US companies. If the pipeline did begin construction, the construction of it would need security, and the interests being maintained would need security, the oil interests needing to be maintained. And there’s great concern among security analysts, that foreign forces will need to be–will need to provide that security and will need to stay in Afghanistan to make sure the pipeline can be completed.

JAY: Well, it seems to me there’s only three possibilities I can see, which is, number one, the US forces don’t leave, and they leave enough forces to protect the pipeline. Number two, the oil companies and the Afghan government hire Blackwater type companies and have some enormous private army there, which would–would essentially give another type of warlordism to Afghanistan. Or three, I guess, the Americans do make a deal with the Taliban and make a deal in such a way that the pipeline goes through under the auspices of the Taliban.

JUHASZ: All of those are possible, certainly. And, of course, you know, here, in Iraq we now have a larger private security force in place than we have a US military in place. You know, that’s always a possibility. There still are, of course, many other interests and reasons for maintaining a US military presence in Afghanistan, and the pipeline would, I think, simply get folded into the justifications for maintaining the US occupation. And what I hope is that by exposing the fact that these negotiations are still ongoing, exposing the fact that the terms by which the oil in the country is being opened up, really, without much concern for the benefits for Afghans, that we can shine a brighter spotlight on this process and help to ensure that this isn’t the use to which foreign troops are put. I am on the national advisory committee of a group called Iraq Veterans Against the War. It’s also composed of US soldiers who have fought both in Iraq and Afghanistan. And there are many reasons why these soldiers, current and former soldiers who have fought in the wars, now oppose the wars, but certainly one is [having] a feeling that they were being utilized on the interests of oil, and that isn’t the reason why they signed up to be in the military. And it’s certainly not a reason why most Americans think that we should be utilizing our military, whether it’s in Iraq and Afghanistan or anywhere else.

JAY: Thanks for joining us, Antonia.

JUHASZ: Thanks for having me.

Antonia Juhasz is a leading energy analyst, author, and investigative journalist specializing in oil. An award-winning writer, her articles appear in Newsweek, Rolling Stone, Harper’s Magazine, The Atlantic, CNN.com among others. Juhasz is the author of three books: Black Tide (2011), The Tyranny of Oil (2008), and The Bush Agenda (2006).