Sharmini Peries speaks with Senior Analyst Aijaz Ahmad about the dangers of the long-term US involvement in Pakistan and Afghanistan. Ahmad says the only way for Obama to proceed in the region is to withdraw US military presence there and strengthen regional powers for a stable Afghanistan.

Sharmini Peries speaks with Senior Analyst Aijaz Ahmad about the dangers of the long-term US involvement in Pakistan and Afghanistan. Ahmad says the only way for Obama to proceed in the region is to withdraw US military presence there and strengthen regional powers for a stable Afghanistan. 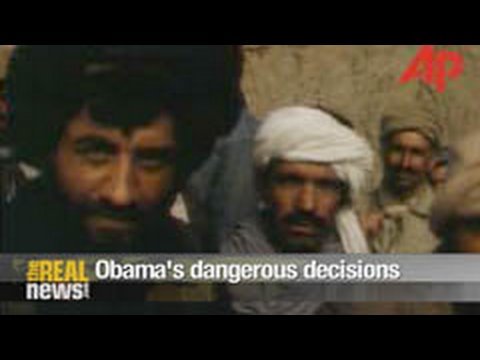 SHARMINI PERIES, JOURNALIST, TRNN: Welcome to The Real News Network. Today I’m joined by Aijaz Ahmad. He’s a senior news analyst for The Real News Network. He is also a senior editorial consultant for Frontline, India. He has written extensively on South Asia and the Middle East; he has taught political science. And today he joins us from New Delhi. Thanks for joining us, Aijaz.

AIJAZ AHMAD, SENIOR NEWS ANALYST, TRNN: Thank you very much for inviting me.

PERIES: Aijaz, Afghanistan is to be Obama’s long war, somewhat like Vietnam was for Kennedy. And to date, the new administration has announced several new strategies, policies towards Afghanistan, one being the appointment of Richard Holbrooke, second being committing more troops to Afghanistan, and also calling for a strategic review of what has happened in the Afghan War. Do you first want to comment on the appointment itself?

AHMAD: Holbrooke came to the region. He visited Afghanistan, Pakistan, and also a very low-profile visit to Delhi. Delhi has resisted the idea that India should be a part of his brief. So that is part of the reason why his visit was so low-profile. He has kept things very close to his chest, but we know that the special envoys are appointed when you want to do things that can’t be done simply through the state back-room channels. You know, he’s an experienced man in these sort of situations. But, you see, the main thing that is going on is actually in Washington, where President Obama has called for a full-scale strategic review. Very senior delegations from Pakistan, one headed by the chief of the army, General Kayani, the other headed by the foreign minister, but which also included the chief of the ISI [Inter-Services Intelligence], etcetera, on the one hand, likewise, senior people from Afghanistan, all that, that is where I think the real attention should go, because what has happened is that Barack Obama apparently asked his military commanders just what their objective in Afghanistan was, and they were unable to tell him. So he has ordered a long-term, a full-scale strategic review, which he wants completed before April 2, when he goes for a NATO meeting in Europe.

PERIES: And what does the allocation of extra troops to Afghanistan mean on the ground?

AHMAD: The Obama administration has already made two (in my view) very dangerous decisions. One is to send 17,000 more troops right away. And even more dangerous and disastrous in the long term, I believe, is the decision to arm a large number of militias in the provinces where the Taliban are active. These actions will only destabilize and create a situation much worse for the people of Afghanistan and would make the solution even much more difficult.

PERIES: Aijaz, what about the strategic review Obama is calling for?

AHMAD: I have a view that in the United States would be considered extreme, which is that over the last 30 years, starting with the original US intervention in Pakistan and Afghanistan in 1979-80, United States has done enormous damage in both these countries. All of this so-called Islamic terrorism—al-Qeada, Taliban, etcetera, etcetera—are a consequence of that. Because I hold that view, I believe that the strategic review should be devoted to one objective, and one alone: how to execute an orderly retreat for the United States from Afghanistan and Pakistan from this kind of engagement without doing a lot more harm.

PERIES: Aijaz, recently, when Richard Holbrooke was in New Delhi for his visit to the region, in a very short press conference, he actually stated that for the first time India, Pakistan, and the United States has a common goal, and that is the defusing of al-Qaeda. And I thought you’d like to comment on that.

AHMAD: Well, first of all, one doesn’t quite know what this al-Qaeda is. So far as India is concerned, we do not believe that any of the terrorist acts in India, of which there have been several, are connected to what vaguely is called al-Qaeda. Indian belief is that these acts have been carried out by operatives who had been originally trained by the Pakistan ISI. Whether or not they did it under their orders, Indians say we don’t know; that has yet to be seen. So I have never seen any senior official in India talk about al-Qaeda. So Mr. Holbrooke is trying to pull India into that sort of rhetoric, and India, so far, has resisted it.

PERIES: So, Aijaz, what you’re essentially suggesting here is a slow, thoughtful retreat from Afghanistan, as well as Pakistan—essentially the region. Obviously, this would mean a great deal of savings for the United States Treasury and perhaps might be welcome on the part of the people of the United States, who is experiencing extreme depression in the country.

AHMAD: My advice is: please, just get out. One possible way of doing it would be actually to constitute some sort of a conference, some sort of a joint group of the regional powers, which have great interest in containing Islamic terrorism in Afghanistan, such as Iran and Russia and China and Pakistan, and of course India, which has great interest in Afghanistan of a different kind, not the kind that Mr. Holbrooke is talking about, al-Qaeda and so on. India would like to see a stable Afghanistan, as would all the other countries. But that would involve normalizing relations with Iran, that would involve bringing in Russia as a partner to work out a solution of that kind, for the United States to retreat and basically hand it over to forces inside Afghanistan, inside Pakistan, and create this kind of a regional force to sort out what sort of a settlement can now be made to give the United States the cover to retreat.

PERIES: Aijaz, recently we’ve been hearing a lot of murmurs that there should be a new leadership in Afghanistan. What does this mean for the Karzai government?

AHMAD: We hear that and I think we can believe that extensive discussions are going on between NATO countries, the Taliban, the Karzai government, or at least some elements of the Karzai government under the patronage of Saudi Arabia, Britain, and so on. So we don’t know what the outcome of that is. We hear that Gulbuddin Hekmatyar, who has been one of the most dreaded sort of Islamic extremists, is being tipped to be brought back as a major player, possibly as the head of a new government. People at the highest level in the British government have said openly that what Afghanistan needs is a different kind of dictator.

PERIES: Aijaz, in the next segment, let’s explore this further but talk about Pakistan and what this new plight means for the Afghanistani people and what it will mean for the Zardari government. 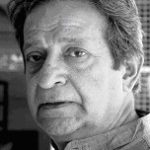