Prof. Alfredo Saad-Filho of SOAS, University of London says that the demonstrators along with several right wing parties are demanding the return of their privileges

Prof. Alfredo Saad-Filho of SOAS, University of London says that the demonstrators along with several right wing parties are demanding the return of their privileges 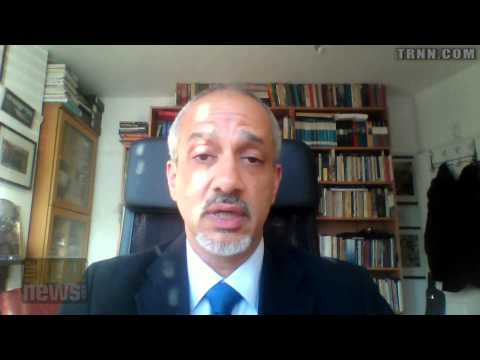 Just over a month ago on March 15th largely middle class and upper-middle class mainly white protesters took to the streets across the country in Brazil. Right-wing media such as Global reported that almost 2 million protested. They demanded that President Dilma Rousseff of the Workers’ Party, just sworn in for her second term on January 2nd, be removed. These protests were extremely well-organized and included reactionary demands such as calling for military intervention.

Now joining us to discuss the rise of the militancy against the PT from London is Alfredo Saad-Filho. He is a professor of political economy at the School of Oriental and African Studies, SOAS, at University of London. And he was a senior economic affairs officer at the United Nations Conference on Trade and Development.

Alfredo, thank you so much for joining us today.

PERIES: So Alfredo, let’s begin by unpacking these massive demonstrations that took place on March 15th. Some estimates the number’s at almost 2 million, which is fairly large. So who’s behind these protests and who’s organizing them, who’s financing them?

SAAS-FILHO: First of all, there are wide discrepancies in terms of the number of protesters to a factor of ten for each demonstration. So I think the number of 2 million is an exaggeration. But they are certainly large demonstrations. And they include a constellation of participants from members of right-wing [inaud.] parties, although in a minority, to upper-middle class–large numbers of upper-middle class people who are profoundly dissatisfied with the government under the umbrella of [inaud.] corruption campaign, but in effect or in fact campaigning for neoliberalism. Strict neoliberal economic policies, and for the return of the traditional privileges of the [inaud.] upper-middle class.

PERIES: So as you cited just now, some of the corruption scandals and the cumulative effect of the economy is currently having in Brazil, all has led to these large protests. In one of your recent articles you penned that Lula da Silva and Dilma Rousseff, they led partial economic and social break with neoliberalism that has delivered significant gains in terms of employment and distribution of wealth, but it also entrenched poor economic performance and left Brazil’s most vulnerable in, during the global downturn, in a difficult situation. What did you mean by that?

SAAD-FILHO: There is no question that neoliberal economic policies, in the case of Brazil inflation targeting regimes, independent [control] banks, very tight contractionary fiscal policies, and contractionary monetary policy through high interest rates, those policies in Brazil and anywhere else they lead to low growth rates for the economy. To the extent that the PT administrations led by Lula and Dilma Rousseff since 2003 have maintained those policies they have entrenched poor economic performance in Brazil.

However, what they also did was to include some flexibility in those policies. An additional element of government intervention to build up infrastructure, to provide targeted credit for new companies and to regulate the labor market. To the extent that they did that, there have been significant distributional and employment gains in Brazil. During the 2000s the country created 21 million jobs, in contrast with 11 million in the previous decade.

So there have been significant gains in Brazil, but they have not been on a scale that is remotely comparable with China or India, and the country is now suffering from consequences of the end of the global commodity boom.

PERIES: Now, on the other side those who even support the PT were out protesting. We saw the bus drivers’ strikes that led to all these demonstrations across the country just before the World Cup in Brazil, as well. So where is this movement at the moment against the right-wing uprising?

SAAD-FILHO: There is an enormous amount of disillusion among the left and the organized workers in Brazil. Because of the poor performance of the economy, because of the hesitations and turnarounds in terms of economic policy by the administration, because of the failure of the Dilma Rousseff administration to continue to deliver the expansion of employment, incomes, and social policies with which the government has been associated. There’s also a generalized defensive mood because of the succession of corruption scandals that have been raised by the media and by the right-wing opposition in the country.

So at the moment, most trade unions are disorganized. Most [workers] have been traditionally supporters of the PT are demobilized and it’s the right wing that is on the offensive.

PERIES: So this is an odd combination, where the right is rising up against a government, and we have left groups also until that point of March 15th were also organizing against the government but eventually ended up voting for her because there was very little choice left in terms of who the left would rather have in power. Where does this leave the left in terms of the demands that they should be making for more progressive reforms?

SAAD-FILHO: It leaves the left in a very, very difficult position. What I think we can now see in Brazil, but also in Argentina and Venezuela, perhaps also in other parts of the world, is the emergence of a new right. A right wing that is organized, that has a mass base in the upper-middle class, that is structured by ideological demands for restoration of neoliberalism, strict neoliberal economic and social policies. And that claims for a return to their established privileges, which is a common picture in South America at least, and several countries of South America. It is certainly the case in Brazil.

My suspicion, and this is no more than a hypothesis that I want to throw out for discussion, is that this is a long-term political shift in the Southern cone, and certainly in Brazil itself. I think in the last 20 years we have seen a tremendous growth of the left leading to the election of four consecutive presidents by the Workers’ Party. My suspicion is that this cycle of the left is now coming to an end.

PERIES: Now in reference to your article again, you say that there was, there has been no meaningful attempt to reform the constitution or the political system to challenge the ideological hegemony of neoliberalism. Whereas other countries, for example Venezuela, Bolivia and Ecuador, one of the first things that they did upon taking power was actually to reform the constitution in the interest of the commons.

Now, Brazil didn’t do this. And you pinpoint this in your article. And I was wondering if you could elaborate on that.

SAAD-FILHO: The PT administrations led by Lula and by Dilma Rousseff have been elected four times, consecutively, by much broader social and political alliances than those that elected the other left-wing administrations in Argentina or in Bolivia, or even Ecuador. And certainly Venezuela. The administrations led by Lula and Dilma had a strong base on the organized [inaud.] of course. But also, and primarily I would argue, on sections of capital that are involved with production for the domestic market and in some cases for export. These were the priority sectors for the government. They received the most government support, and in return they were the main sources of support, of financial support at least, and political support, for the PT.

But in this sense, the PT never had the authority, the latitude, the scope, to introduce broad-ranging political reforms. It never had the ambition either. Its ambition, since the early 1990s, has been to be elected to govern moderately. The PT is not, and it has not been for a very long time, a radical transformative party. It is a social democratic party that attempted to lead a reformist administration. That, in the context of Brazil, a country with some of the most severe inequalities in the world was reasonably successful and has achieved much that needs to be commended and recognized. But it was also limited.

PERIES: Alfredo, let’s take some of the issues you raise to the next interview and do a second segment, if you may join me.