Is Trump Dangerous for Russia?

The US and Russian right share a similar ideology, but it's one that sees each other as an excuse for military expansion and harmful internal economic policy, says professor Aleksandr Buzgalin

The US and Russian right share a similar ideology, but it's one that sees each other as an excuse for military expansion and harmful internal economic policy, says professor Aleksandr Buzgalin 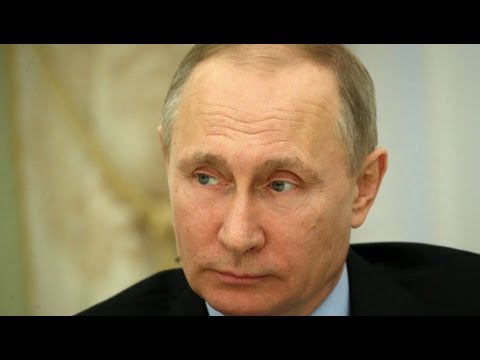 On Monday the FBI Director, James Comey confirmed that his agency is currently investigating whether the Trump campaign and Russia colluded during the 2016 Presidential Election Campaign. At the hearing, Comey asserted that Russian President, Vladimir Putin wanted Trump to win the 2016 elections. Let’s hear what he had to say.

MAN: By early December you already had that conclusion?

JAMES COMEY: Correct. That they wanted to hurt our democracy, hurt her, help him. I think all three; we were confident in, at least as early as December. Putin hated Secretary Clinton so much that the flipside of that coin was he had a clear preference for the person running against the person he hated so much.

SHARMINI PERIES: Well, two months into the Trump presidency we are still discussing this here in the U.S., if Trump was their man in the White House, are the Russian oligarchs now celebrating their victory?

Now joining me to discuss this is Aleksander Buzgalin. Aleksander is a Professor of Political Economy at Moscow State University. He’s also the editor of the independent democratic left magazine, Alternatives, and the author of many books, almost 20 of them.

Thank you so much for joining me here, Aleksander.

ALEKSANDER BUZGALIN: Thank you. I am very glad to be with you every time that I can.

SHARMINI PERIES: So, Aleksander, so how is the media frenzy around the Trump administration’s alleged connections to collaborating with Putin, being received in Russia, by way of electing Donald Trump?

ALEKSANDER BUZGALIN: Unfortunately, or fortunately, I cannot give you any secret information because I’m not agent of KGB or anything like this. But, as professor I can say, there is big noise around this so-called Russian influence on United States elections. And this noise is not mistake or something accidental.

It was profitable to create image of Russia as a very dangerous agent, who has opportunity to influence on elections in any country. By the way it was the same when we had electoral campaign in Russia, it was a lot of speculation that United States and the Central Intelligence Agency and, so on so forth tried to manipulate with the Russian public, the Russian elite and this is old story.

Why I said that this is important because is … internal and international geopolitics I think the same in the U.S. First, because it was created a lot of illusions around Trump in Russia, not because Russians loves Trump, it’s not true, but because it was created image of all other candidates as possible terrible persons who will start war against Russia. It looks like absolute lie, primitive lie, but it was such image. Not direct impression, not direct expression.

But it was image that alternative president … for United States can be much more aggressive than Trump. I don’t think so. I am afraid that Trump is one of the most dangerous for Russia candidates who became president and especially important aspect is right-wing conservative policy of Trump. In economics, here he is more liberal than U.S. liberals and Russian mixture of conservative ideology.

And so, to foreign policy, internal policy on one hand and the very far right liberal economic policy with market fetishes or market even fundamentalist, if I can say so. This is very dangerous mixture for United States and for Russia. And Trump is person who is trying, from our point of view at least, to realize this strange mixture of conservatism … economic liberalism. And this is negative, but this is good excuse for Russia to do the same.

SHARMINI PERIES: Right. Now I guess one of the outcomes of the Trump election and this notion that Putin and the Russian oligarchs preferred to have Trump in office, is that there is potential collaboration when it comes to trade policies, when it comes to lifting off the sanctions against Russia with the possibility of being more collaborative when it comes to say, NATO encroaching on Russia?

ALEKSANDER BUZGALIN: Really, I am not sure that it’s true. And I think that Trump presidency can be even more dangerous for Russia than Obama. And he didn’t care for, unfortunately, good relations during previous years. But, let’s look. Main idea of Trump is to increase military budget, the same we have in Russia.

Main slogans of Trump is ‘we don’t to have, I don’t know, more intensive international corporations, we must protect our economy’. The same idea is typical for Russian leaders. But when we have similar politics of right-wing conservative politicians it’s dangerous. Because they can be partners but they have similar ideology, and this is an ideology of threat. And it can be really straight for the world relations, for the peace in the world.

SHARMINI PERIES: Right. Now the Russian economy is going through some turmoil now whether it’s result of the sanctions or its own issues related to the slump in the oil markets. Now it’s coming back. Are things improving, now they’re in a better position to, say, negotiate the U.S. when it comes to geopolitical and trade agreements?

ALEKSANDER BUZGALIN: Well, first of all, sanctions had very contradictory influence on Russian economy. In one … had the problems but in agriculture and production of machines for agriculture, in some other fields so from our economy we had improvements and even economic growth. During these years for first time had more or less, a real and sufficient economy growth in agriculture and production of agricultural technique. That’s why I don’t think that sanctions are important factor of Russian technician.

Manufacture is terrible system of economic relations institutions and economic policy. I said that this is mixture of feudalism vis-a-vis oligarch bureaucratic capitalism. And this mixture is very inefficient and the result is zero or minus zero, plus zero economic dynamic in our country.

It can only hope to have in 2017 plus 2%, but to all the consequences of the long stagnation we need to have five, 7% of gross. And we don’t have hopes for such positive dynamic now. And again, main question here is not a question of internationals relations. Main question is internal relations, economic system which we have now in Russia.

SHARMINI PERIES: Right. Now, Alexander, the famous investigative journalist and economist, James Henry, has been digging into the history of the relationship between Trump and the Russian oligarch. In fact, he has tracked several individuals that have actually helped Trump get out of the five different bankruptcies that he had declared.

At a time, you know, when the Trump Towers all around the world were being sold or being abandoned as projects and so on and how the Russian oligarchs actually bailed him out. So, he has a number of financial connections to the oligarchs in Russia.

ALEKSANDER BUZGALIN: In Russia, we don’t have enough information on this topic. And this question is not discussed broadly. Only some fragments you can find in the Internet and nothing more. Of course, Trump could have relations with Russian oligarchs. And this is not the question because all billionaires has personal and business relations between themselves.

There is one thousand people who are billionaires in the world and this is a small club and, of course they could have economic relations. This is not problem. This is not even challenge or question because Trump policy will not be interconnected with personal connections with Russian oligarchs and policy of Putin is not dependent from one or another personality. Trump is representative for billionaires of the class of billionaires of the United States and not only of the United States.

He is interconnected with … and so on, the same with Putin. Putin is representative for oligarchs and bureaucracy of our country, but not dependent from one or another personality.

SHARMINI PERIES: All right, Professor Buzgalin, I thank you so much for joining us today and I look forward to having you back here on The Real News Network.