The PLO’s “Game of Musical Chairs” 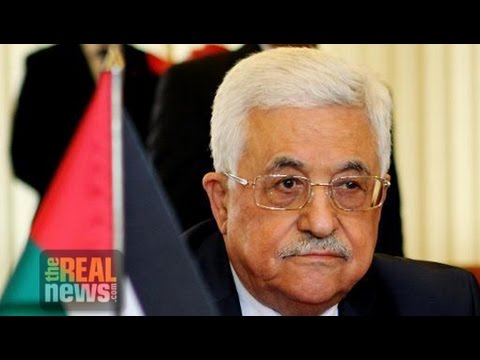 On Saturday Palestinian Authority President Mahmoud Abbas along with 10 of the 18 members of the executive committee of the Palestine Liberation Organization, commonly known as the PLO, said that they will be resigning from their positions. The PLO Secretary General Saeb Erekat has said that the resignations can only come into force after being submitted and approved by the PLO’s parliament in exile, the Palestinian National Council, which will be holding a meeting next month. PLO officials claim that the resignations are intended to open space for new leadership, while others say that Abbas is forcing elections through the resignation of more than half of the executive committee in an effort to consolidate power.

BALL: Here to discuss this is the executive director of the Electronic Intifada, Ali Abunimah, who in addition to his work at EI is author of The Battle for Justice in Palestine, now out from Haymarket Books. Welcome, Abunimah, back to the Real News.

BALL: So why is all this happening now, and what is the significance?

ABUNIMAH: Well, first to clarify one thing is that Mahmoud Abbas did not resign as leader of the Palestinian Authority. He and these ten others resigned as members of the executive committee of the PLO.

Now, that distinction is important because he hasn’t really given anything of substance up. And the PLO executive committee, although it is on paper the highest decision-making body of the PLO, really doesn’t represent anyone. The PLO long ago became a defunct organization. But what I think is happening here is that Abbas and his group feel very embattled and want to consolidate their power. This is a maneuver to force this vote or this meeting by the Palestine National Council, which as you said is the PLO’s parliament in exile, and to use that to bring in more Abbas loyalists. Of course, we have to remember that the Palestinian National Council itself is an unelected body. Its members were appointed, many of them decades ago. And the vast majority of Palestinians have no idea who they are.

So this game of musical chairs is really of very little significance to the vast majority of Palestinians. But it’s about Abbas trying to maintain his relevance and his control against a broader political backdrop where there are reports of Hamas engaging in immediate negotiations with Israel over a long-term truce in Gaza, and of course is no revival of any sort of peace process, all of which makes Abbas fear that he is being sidelined and made even more irrelevant.

BALL: Now, there’s at least some challenge to this issue or this question of Abbas trying to consolidate power, where at least one member of the executive committee told the Jerusalem Post, quote, these resignations are needed to renew the work and legitimacy of the PLO Executive Committee. They are needed to inject new blood in the PLO. The dangerous conditions in the region require that we all strengthen our internal situation to confront Israeli aggression and escalation. How do you respond to that?

ABUNIMAH: Well, I don’t see how you can renew legitimacy or bring in new blood by reshuffling people in bodies that have no new blood and no legitimacy. As I mentioned, the Palestine National Council, its members were appointed decades ago, no one knows who they are. I challenge you to find any Palestinian who can say so-and-so represents me in the Palestine National Council.

So these are bodies that, whose legitimacy was drained out of them many years ago. And of course the broader backdrop here is that the intra-Palestinian division between Mahmoud Abbas’s Fatah on the one hand and Hamas on the other hand, which many people misinterpret as being, you know, it’s just an internal split and why don’t they get over their differences. But it’s actually about very substantive issues, because Mahmoud Abbas and his Palestinian Authority remain aligned with Israel. They engage in what’s called security coordination with the Israeli occupation under the Oslo Accords that were signed in 1993, whereas Hamas and other Palestinian factions fought a war against Israel last summer in Gaza. So there really is no bridging that gap. You can’t have a group that is on the one hand working with the Israeli occupation cooperating with another group that is engaged in warfare against the Israeli occupation.

What this has meant is that Hamas and Fatah have been at loggerheads. Hamas now is trying to find some way to end the siege of Gaza, and over the past few years Abbas and his Palestinian Authority have wanted to only allow the siege of Gaza to end on their terms, which means they get back in charge in Gaza. If they can’t get back in charge in Gaza they prefer to maintain the punishing siege on Gaza. What Abbas doesn’t want to see is some kind of agreement that can be seen as a victory for Hamas which ends the Israeli siege and leaves Hamas in control in Gaza, and even makes it politically ascendant in the West Bank.

So in some ways these maneuverings are about that. It’s about reasserting his control. It’s about trying to somehow make it look as if he has a fresh and genuine mandate. And I think it’s also a kind of a warning to his Western and Israeli partners to say, you know, if you don’t support me, if you don’t help me to stay in power, then I might resign. I might disappear, and I’ll take with me the security coordination and the other cooperation Israel relies on. Remember that many Palestinians see Abbas really as a subcontractor really for the Israeli occupation.

BALL: Ali Abunimah, thank you very much for joining us here at the Real News and helping us put some context and understanding to this issue. We’ll look to have you back again shortly. Thank you very much.

ABUNIMAH: Thank you for having me.

BALL: And thank you for joining us here at the Real News. Again for all involved I’m Jared Ball here in Baltimore, saying as always as Fred Hampton used to say, to you we say peace if you’re willing to fight for it. So peace, everybody, and we’ll catch you in the whirlwind.

Jared A. Ball is a father and husband. After that he is a multimedia host, producer, journalist and educator. Ball is also a founder of “mixtape radio” and “mixtape journalism” about which he wrote I MiX What I Like: A MiXtape Manifesto (AK Press, 2011) and is co-editor of A Lie of Reinvention: Correcting Manning…

Ali Abunimah is co-founder of the award-winning online publication The Electronic Intifada and author of One Country: A Bold Proposal to End the Israeli-Palestinian Impasse. His latest book is titled The Battle for Justice in Palestine. Based in Chicago, he has written hundreds of articles on the question of Palestine in major publications including The…