Uranium Diplomacy:The US Double-Standard in Kazakhstan and Iran

By Allen Ruff and Steve Horn

Despite the fact that investigative journalists Seymour Hersh, Gareth Porter and others have meticulously documented the fact that Iran, in fact, poses no nuclear threat at all, the Obama Administration and the U.S. Congress have laid down multiple rounds of harsh sanctions as a means to “deter” Iran from reaching its “nuclear capacity.”
The most recent round featured a call to boycott Iran’s oil industry by President Obama.
While rhetorical attention remains focused on Iran’s “threat”, there is an “elephant in the room”: Kazakhstan’s booming uranium mining and expanding nuclear industry —  a massive effort involving U.S. multinational corporations and an authoritarian regime increasingly tied to Washington.
Double standards have long reigned supreme in U.S. foreign policy. Few examples illustrate that better than the contrast between Washington’s stance toward the nuclear ambitions of Iran and Kazakhstan.
The Seoul Dog and Pony Show

The alleged Iranian “threat” was a central concern at the Nuclear Security Summit, which occurred in Seoul, South Korea between March 26-27.

Notables attending the conference included the likes of U.S. President Barack Obama, Israeli Deputy Prime Minister, Dan Meridor; Canadian Prime Minister Stephen Harper, Russian outgoing President Dmitry Medvedev, Chinese President Hu Jintao, South Korean President Lee Myung-bak, and British Prime Minister Nick Clegg, to name several.
Noticeably absent were representatives from Iran, though the country received the brunt of criticism from many of the attendees at what amounted to a dog and pony show in Seoul.
Speaking at the Summit, Obama stated, “There is time to solve this diplomatically, but time is short. Iran’s leaders must understand that there is no escaping the choice before it. Iran must act with the seriousness and sense of urgency that this moment demands. Iran must meet its obligations.”
One notable uranium-developing powerhouse in no way viewed as a “threat” by the 53 world leaders assembled at Seoul was Kazakhstan, the resource-rich former Soviet republic strategically located at the center of the Asian heartland.
A country four times the size of the state of Texas, the Central Asia giant now serves as a key thoroughfare for what the Pentagon and U.S. geo-strategic planners refer to as the Northern Distribution Network (NDN), the main route equipping US/NATO forces in Afghanistan.
Kazakhstan’s self-proclaimed “president for life” —  Nursultan Nazarbayev – played a highly visible role at Seoul and joined Obama in a bilateral meeting, as well as a photo op.
As the Summit started, the New York Times published a public relations piece by Nazarbayev, fittingly titled, “What Iran Can Learn From Kazakhstan.” Noting his country’s post-Soviet efforts at nuclear weapons disarmament, the Kazakh leader informed his readers that his country “…chose building peaceful alliances and prosperity over fear and suspicion…”
The cynicism in Nazarbayev’s rhetoric could not have been missed by those familiar with a country where no true opposition parties, critical media or free trade unions are allowed, where protections under the law are virtually absent; and bribery and corruption rule.
Just days prior to the appearance of Nazarabyev’s Times piece, Amnesty International examined events in the aftermath of the December 2011 massacre of striking oil workers in Zhanaozen. Appearing a 100 days after that dark day, the report found the government’s investigation into the events “inadequate.” Amnesty noted, “There have been numerous reports of widespread torture and other ill-treatment of those detained by security forces in the aftermath of the violence and investigations into these allegations do not to date appear to be thorough and impartial.”
In an effort to counterbalance the influence of neighboring Russia and China, and concerned with Nazarbayev’s importance as a supportive ally in regard to nearby Afghanistan and Iran, US officials have often extended lip service praise for slow-in coming cosmetic social and political reforms as Nazarabyev consolidated his hold of what amounts to a one party monopoly on all the levers of power.

Numerous major human rights monitors, including Human Rights Watch, Freedom House and Amnesty International have long cited Kazakhstan for violations of international protocols regarding workers’ rights, the freedom of assembly and dissent, the state control of the media system at all levels, the routine repression of opposition political parties and candidates, the absence of due process under the law, the impunity of the police, ubiquitous torture, and the limited rights of those accused, detained, prisoners and the lawyers who defend them; and state violence, in general. The mistreatment of immigrants, the exploitation of child labor and human trafficking in the country have also been cited.

Kazakh media remain subject to legal restrictions, prohibitive libel and defamation judgments, self-censorship, harassment, and pressures from partisan owners and politicians. When Kazakhstan assumed the chairmanship of the Organization for Security and Cooperation in Europe (OSCE) in 2010, the government pledged to improve human rights practices and increase media freedom. The level of press freedom nevertheless declined during the year, as a restrictive internet law passed in 2009 was used to intimidate bloggers and block websites, two independent newspapers were closed, and a journalist remained in jail.
The final report regarding country’s 2010 OSCE chairmanship concluded that the Nazarbayev government introduced no positive changes in regard to its own human rights record, as was promised at the beginning of its OSCE tenure. The report stated that the regime had actually displayed disrespect for its international obligations in regard to human rights.

Despite documentation of such regularized abuses, representatives of the regime centered at the country’s newly constructed showcase capital, the “mini-Dubai” at Astana, have regularly been well received by Washington.

Kazakh Nukes
Well-known for its massive quantity of Caspian Sea oil and natural gas resources , massive quantity of Caspian Sea oil and natural gas resources Kazakhstan is also a growing nuclear power, possessing roughly 15-percent of the world’s known uranium supply and producing roughly one-third of the current global supply, according to the World Nuclear Association. Bypassing Australia and Canada last year, it currently is the world’s largest producer of the nuclear fuel source.
Kazakhstan’s nuclear industry extends from the mining, processing and export of uranium to the construction of nuclear reactors.  Closely tied to both Canadian and U.S. mega energy corporations, it seemingly poses no concern for Washington. Unlike Iran, no one seems to be calling for sanctions or regime change despite the repressive nature of Nazarbayev’s regime. Business is business and U.S. strategic interest trumps all.
A bit of recent nuclear industry business history is in order.
In October 2006, the Japanese multinational corporation Toshiba — of television- and computer-manufacturing fame — purchased a 77-percent majority share in Westinghouse Electric for a mere $5.4 billion. The other two companies involved in the buyout were Japan’s IHI Corporation, as well as the U.S. multinational Shaw Group.
Less than a year later, in July 2007, Kazakhstan’s state owned company KazAtomProm paid $486.3 million for a 10-percent of Toshiba’s stake in the jointly owned corporation, meaning it now owns 7.7-percent of Westinghouse.
“The deal,” explained nuclear industry analyst and consultant, Dan Yurman, “would give Toshiba access to Kazakhstan’s uranium at a time when increased demand has tripled prices of the nuclear fuel ingredient in the past year. It would give Kazatomprom access to Toshiba’s uranium processing technology and its sales channels.”
The transaction infuriated close observers of the global nuclear industry who cited human rights concerns and the dictatorial, kleptocratic nature of the Nazarbayev regime that “won” yet another rigged election in January, 2012 held amidst the ongoing repression following the state crackdown at Zhanaozen.
Clinton and Nazarbayev: East Meets Westinghouse
The nature of wheelings and dealings under Nazarbayev was fully displayed in an earlier nuclear deal that preceded, but was directly connected to the Westinghouse purchase –  a 2005 transaction between the Kazakh state-owned KazAtomProm and a Canadian energy entrepreneur, facilitated by none other than the former U.S. President Bill Clinton.
In 2005, Clinton, then (and still) head of the newly-formed Clinton Foundation, helped Canadian business mogul Frank Giustra make the nuclear deal of a lifetime.
According to the New York Times, Clinton facilitated a trip in September that year for the two of them to visit Nazarbayev in Almaty, Kazakhstan. Two days later Giustra “signed preliminary agreements giving it the right to buy interests in three uranium projects controlled by Kazakhstan’s state-owned uranium agency, Kazatomprom.”
The deal needed Nazarbayev’s go-ahead to assure final approval. With Clinton at his side, Giustra received it. As the Times piece described it, “The monster deal stunned the mining industry, turning an unknown shell company (UrAsia Energy Ltd.) into one of the world’s largest uranium producers in a transaction ultimately worth tens of millions of dollars to Mr. Giustra.”
Giustra obtained a stake in the mines for $450 million, “the largest initial public offering in the history of Canada’s Venture Exchange.” In appreciation for his role as internediary, Giustra made a “philanthropic gift” to the former President’s  Foundation totaling $131.1 milliion.

It gets better. “In February 2007, a company called Uranium One agreed to pay $3.1 billion to acquire (the shell company) UrAsia. Mr. Giustra, a director and major shareholder in UrAsia, would be paid $7.05 per share for a company that just two years earlier was trading at 10 cents per share,” the New York Times story explained. That same month, the then president of KazAtomProm, Moukhtar Dzhakishev, paid a special visit to Clinton’s Chappaqua, NY abode. 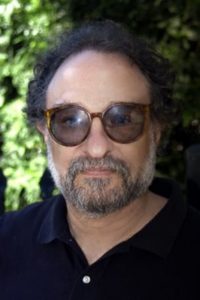 Allen Ruff is a U.S. historian and investigative researcher. His primary work centers on opposition to U.S. “grand strategy” and interventions in the Middle East, Central Asia and elsewhere. He hosts a weekly a public affairs program on WORT, 89.9 FM in Madison, Wisconsin and blogs at allenruff.blogspot.com.