The TPP is Dead: The People Defeat Transnational Corporate Power

By Kevin Zeese and Margaret Flowers

The Obama administration faced reality on Friday when they recognized the Trans-Pacific Partnership (TPP) would not be ratified by this Congress. The TPP is dead.

How did people power win?

We have worked to stop the TPP and other Obama trade agreements for more than five years. We were part of the ‘movement of movements’, the largest coalition ever opposing a corporate trade agreement, which stopped it. It included all sorts of activists who work on human rights, worker rights, the environment, climate change, Internet freedom, health care, food safety and more.

People told us stopping the TPP was impossible. Even after the election of Trump, people still told us we could not win, the corporations wanted this and they would get it. But, after years of work, the impossible became the inevitable and the TPP is dead.

Even before the election the TPP was near death. Years of people working to stop it made TPP stand for Toxic Political Poison. First, the movement exposed the TPP which the Obama administration had sought to keep secret while it negotiated a global corporate coup with the aid of hundreds of corporate lawyers, executives and lobbyists.

The movement organized spectacle protests that drew attention to an agreement being secretly negotiated. People across the country organized leafletting, teach-ins and visibility actions. There were national and global days of action, and there were Twitter storms and memes on Facebook. It became impossible to hide the TPP. The secret was exposed. Once exposed, the movement educated people about what it contained. Wikileaks and others leaked portions of the document. As more was exposed, it became less popular.

The movement conducted national call-in days that garnered hundreds of thousands of calls to Congress. When we went to Congressional offices, phone calls coming in on the TPP were constant. When fast track was being considered in 2015, we built an encampment on Capitol Hill for three weeks. We worked across the political divide with Tea Party and conservative Republicans who shared our concerns about the trade deficit, lost jobs and loss of sovereignty.

These political battles also showed the risk associated with the TPP. John Boehner, the former Speaker of the House, lost his job because of how he twisted arms to get votes for fast track and how he punished Republicans who exposed fast track. Members fought back against these tactics and Boehner’s career was quickly ended. He may have won fast track for Obama, but lost his place in Washington, DC. A message was sent to all elected officials – be careful with the TPP, it is politically toxic.

By delaying fast track the TPP was pushed into an election year and that was a key to our victory. In the campaign, those running for office were forced to answer to the people. Do you support the TPP? Do you support giving up US sovereignty? Allowing unsafe foods into the country? Forcing GMO’s into global agriculture? Increasing the prices of pharmaceuticals? Making corporations more powerful than governments? The questions kept coming because the TPP affects everything.

Every candidate for president had to come out against the TPP. The only one who didn’t was Gary Johnson who did not seem to understand the agreement. He believed the slogan “free” trade when in fact it was corporate trade, crony capitalism on an international scale. Senators who supported TPP changed their positions in order to keep their jobs. Mitch McConnell and Paul Ryan continually warned the President that the votes were not there to ratify the agreement, even in a lame duck session.

Popular Resistance has been planning all year for an action camp and series of protests next week to kick off the lame duck and stop ratification. This will now turn into a celebration — the people stopped a global corporate coup. The Trans-Atlantic Trade and Investment Partnership (TTIP) also died as a result of people powered pressure on both sides of the Atlantic. We will ensure that the final agreement, the Trade in Services Agreement (TiSA), perhaps the most dangerous of Obama’s three agreements, is also dead. TiSA is also in trouble as member nations experience difficulty completing its negotiations.

All these Obama agreements failed because the corporations demanded too much. They wanted to force the US big finance capital system on countries all over the world. They wanted to institutionalize pushing public services into private profit centers. They wanted the power to sue corporations if their profits were impacted by laws written to protect the public interest. Leaks showed the US was the most aggressive on behalf of corporate interests out of all the countries involved in these negotiations. This almost made it impossible to reach agreement on the TPP and has stopped agreement on TTIP and TiSA. If Trump attempts to negotiate a “better deal” for US corporations it will be almost impossible to get other countries to agree. The TPP and Obama trade agenda may end up like the World Trade Organization (WTO), which has made little progress since the Seattle protests of 1999. They are likely to flounder and go nowhere.

Now, we need to put forward a new approach to trade, an approach that protects the people and planet and that is negotiated in a transparent and participatory way. Trade must make the Paris climate agreement goals a reality, lift up international labor standards and protect the environment as well as the food supply, Internet, access to healthcare and more. We need agreements that allow communities to protect themselves from corporate abuses. The death of the TPP is a step toward ending neo-liberalism that has privatized public goods, enriched corporations and created a global wealth divide. Future trade agreements should work toward making the International Declaration of Human Rights and related agreements reality. Trade can uplift the world but it must be clear that is one of the goals of trade.

The defeat of the TPP is a tremendous victory that should propel us forward. It shows organized people have power even in the US oligarchy. We need to build on this power, continue our unity as a movement of movements and demand that the people’s agenda becomes the political agenda, not the agenda of big business and the wealthy oligarchs. It is time for people power to rule. We still have a lot of work to do, but we should celebrate this great victory and move to set a people’s agenda for the United States. 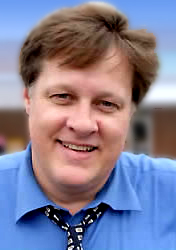 Kevin Zeese is co-director of It’s Our Economy, an organization that advocates for democratizing the economy. He’s also an attorney who is one of the original organizers of the National Occupation of Washington, DC. He has been active in independent and third party political campaigns including for state legislative offices in Maryland, governor of California…