Response to the FEC on Missing Big Ticket Money Data

By Thomas Ferguson. This article was first published on AlterNet.
FEC confirms that key data has disappeared from its files. Time to fix this problem.

Editor’s Note: The following is in response to an FEC statement released on July 17 by its press office reacting to a July 16 AlterNet article written by the authors. That article revealed that the authors had discovered key missing files in data downloads from the agency. The authors also posted a further explanation of their research and findings on July 17.

We are delighted to see that in an official statement the FEC backhandedly concedes our central claim: that sometime after January, 2012, important files disappeared from its bulk downloads, which are the crucial avenue for transmission of the agency’s data to the wider world. Sites and scholars relying on these downloads have in fact been seriously misled, as millions of dollars worth of contributions are no longer there. Thanks to a “technical problem,” the FEC acknowledges, “some data reported on the FEC Form 5, the Report of Independent Expenditures Made and Contributions Received, were not transmitted to the newer database” it installed. Exactly. Like the records of Simmons, Templeton, Jr., Foster Friess, and the other C9 records we named.

The FEC, which, one presumes, only just now discovered its error, nevertheless claims to know somehow that the data were always in its system. We have two responses to this. Firstly, isn’t it marvelous that the technical glitch hit precisely the politically hot files relating to 501(c) 4 “charities” and ostensible public interest groups that have been the object of so many complaints, including the recent Senate vote that narrowly failed the other evening? That was really bad luck. Secondly, we were absolutely clear in our original piece that if you went back to the original reports filed at the time, you could still find the contribution records. So much for the FEC’s talk about its “report image search,” which, of course, would be available in their office, too.

We hope that the FEC follows through on its promise that the records will be corrected and we would be pleased if the agency puts in place some new procedures to prevent contribution records from disappearing from its downloads. We will watch its progress with interest. And we would be happy to consult with the agency about its data – especially if its spokespersons won’t simply refer us to other public interest groups when we call their press office, as we recounted in our previous post.

Thomas Ferguson is Professor of Political Science at the University of Massachusetts, Boston, Senior Fellow at the Roosevelt Institute, and Contributing Editor of AlterNet. His books include ‘Golden Rule: The Investment Theory of Party Competition and the Logic of Money-Driven Political Systems’ and ‘Right Turn: The Decline of Democrats and the Future of American Politics.’ Paul Jorgensen is a fellow at the Edmond J. Safra Center for Ethics at Harvard University. Jie Chen is university statistician at the University of Massachusetts, Boston. 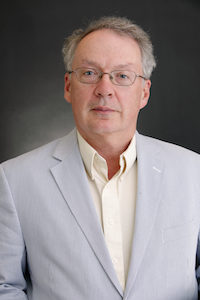