Not Guilty in Inauguration Protest Case 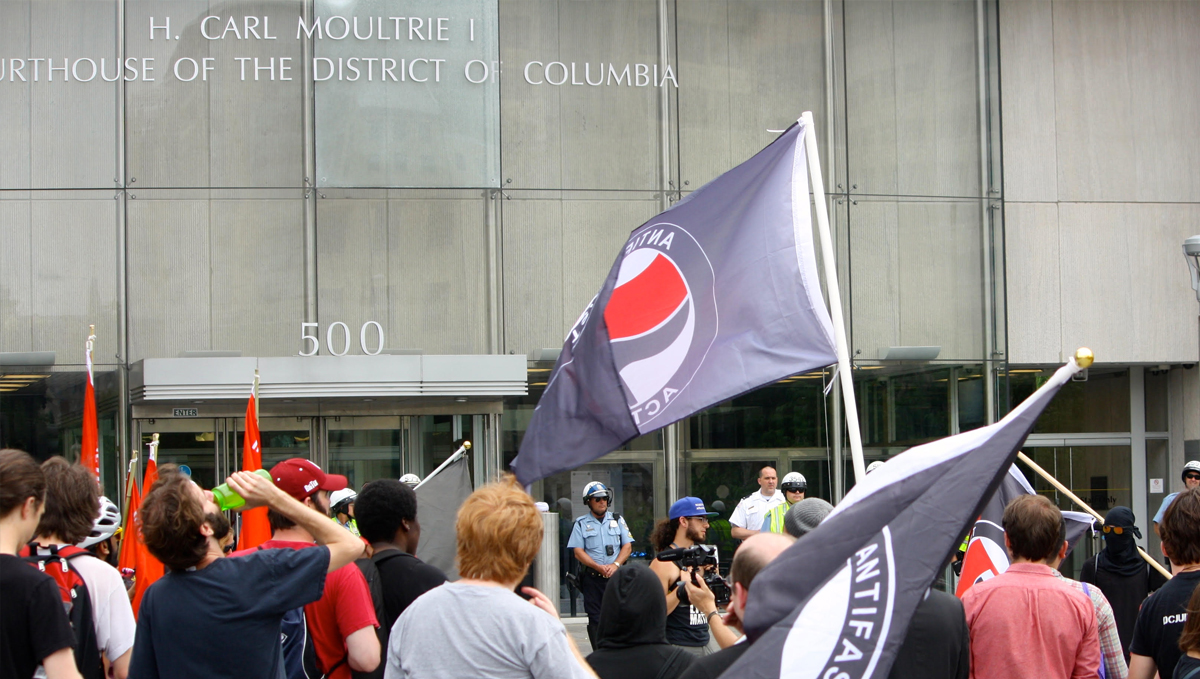 The first six of 193 people charged with rioting and conspiracy charges after being arrested in connection with protests on Inauguration Day were found not guilty.

The case has been seen as a test of the First Amendment under the Trump administration. Because the arrests occurred in Washington D.C. the crimes are prosecuted by U.S. Attorneys who ultimately answer to Jeff Sessions.

Lead prosecutor Jennifer Kerkhoff has argued, on a novel legal theory, that anyone who was wearing black and was in the vicinity of 12th and L streets, where police used pepper spray, grenades, and batons to cordon off more than 200 people in a kettle, is guilty of conspiring to riot and of any property damage associated with the riot. Among those kettled are journalists who were covering the protest, legal observers, and medics.

Of the six defendants in the first group to stand trial, one, Alexei Wood, is a journalist who was live-streaming the protest, and two medics, one who is a registered nurse, were there to offer medical services.

“She was aiding and abetting this riot. That was her role,” said Assistant U.S. Attorney Rizwan Qureshi in court. “As a provider of medical services, she was a co-conspirator. She aided and abetted this group. She wasn’t prepared for a march or a protest. She was prepared for war.”

At the close of this trial, when Kerkhoff told the jury that the standard of ascertaining guilt “beyond reasonable doubt” in a case “doesn’t mean a whole lot,” Judge Lynn Leibovitz assured the jurors: “I’m sure she didn’t mean to say what she just said.”

Detective Greggory Pemberton has spent an entire year investigating the case, which has relied on evidence from unreliable, far-right sources such as Project Veritas, which recently tried to trick the Washington Post and discredit the women accusing former Alabama Senatorial candidate Roy Moore.

In a recent motion filed on behalf of defendants in the next round of trials, it was alleged that Pemberton gave false testimony to the grand jury in order to bring charges, claiming that everyone who was arrested was present for the entire march and the destruction of property, which included broken windows at several chain businesses heavily associated with capitalism such as Bank of America and Starbucks.

One of the defendants was not even at the protest on Inauguration Day but is being charged on the basis of a podcast talking about the protest.

The judge had already dismissed the felony inciting a riot charge against all of the defendants.

It is not clear whether the U.S. Attorney’s office will continue with the case after this verdict. The next trial is scheduled to begin motions in January.

The Department of Justice was not available for comment at time of publication.