Paul Fitzgerald and Elizabeth Gould, a husband and wife team, began their experience in Afghanistan when they were the first American journalists to acquire permission to enter behind Soviet lines in 1981 for CBS News and produced a documentary, Afghanistan Between Three Worlds, for PBS. In 1983 they returned to Kabul with Harvard Negotiation project director Roger Fisher for ABC Nightline and contributed to the MacNeil/Lehrer News Hour. They are the authors of Invisible History: Afghanistan’s Untold Story published by City Lights. I interviewed them about the roots of the conflict and the long standing cooperation of Pakistan’s ISI and the CIA in encouraging and arming the Mujahedeen.

JAY: When I interviewed Brzezinski-and if people reading this want to go, later, and watch my Brzezinski interview-his major point was we may have helped facilitate the Russians moving in to Afghanistan, but the resistance was spontaneous, and they really would have invaded anyway, so all we did is sort of speed up the process-and by doing that he means arming the Mujahedeen in Afghanistan so that it became such a threat to this pro-Russian Afghan government that the Russians had to come in. What do you make of that? That’s really, I think, their basic story.

FITZGERALD: Well, you know, there are other sources of information besides Mr. Brzezinski. He’s trying to downplay his own personal involvement in it. And there are others. I mean, Robert Gates is an example. Our current secretary of defense wrote in his own book, <i>From the Shadows</i>, that the United States was actually actively trying to instigate an involvement of the Soviets from 1978, 1979 on.

JAY: They actually use the phrase that we’ll give the Soviets their own Vietnam.

FITZGERALD: Their own Vietnam. And he-actually, he talks extensively about the various issues that were going on inside the Pentagon and the CIA about what would be the benefit of having the Soviets invade Afghanistan. In fact, he gives that question out, or that question goes out to one of his people, and the guy comes back about a month later, and he said there’s no downside to this at all. He said, we get to look great in the-the Americans get to look great in the Islamic world; we get to badmouth the Soviets wherever they are; we can use this as a propaganda heyday. And actually, too, if you look into the archives-you can get these archives, too; the Wilson Center is an example-you can look at what Brezhnev and Kosygin and the various people in the Politburo were talking about, from 1978 up until the Soviet invasion, and they’re scratching their heads, saying, we can’t figure this thing out at all. At one point, one of these people says it reads like a detective novel, what’s going on in Afghanistan. Now, you had, of course, Hafizullah Amin, the man who eventually was overthrown by the Soviets, was definitely perceived by the Russians as being an agent of the Central Intelligence Agency. The US’s own ambassador, Adolph Dubs, was so convinced that Hafizullah Amin was a Central Intelligence Agent that he actually went to his own agency chief at the embassy, station chief at the embassy, and demanded information as to whether he was. Of course his chief said no, he’s not working for us. But they put out the perception with propaganda, got the KGB and the GRU [USSR’s Main Directorate of Intelligence] to believe that Amin was in fact a CIA agent. And as things got worse, as the Shah’s-as the conditions in Iran, as an example, worsened, the Soviets really began to believe that the United States was going to invade Iran and then push into Afghanistan, and Hafizullah Amin was going to be the means by which they were going to do that. So that was their thinking. They got rattled. They voted I think it was five times against invading Afghanistan. And then finally they said, look it, the generals came forward-Paul Warnke told us this; the man who negotiated the SALT II treaty told us personally-he said the Russians, the military leadership, came to the Politburo and said, look it, you know, we’re not getting anywhere with the United States; SALT isn’t going to be ratified by the Congress; the Strategic Arms Limitation Treaty that was signed by President Carter is not going to be ratified. He said, we can’t go anywhere; we’ve got nothing to lose by going into Afghanistan.

JAY: Alright. The US policy is to induce the Soviets into Afghanistan, or at least facilitate it. They certainly succeed, which leads to years of war, which also tends to, as one person has said, turn Pakistan into a country with a Kalashnikov culture. The whole Pakistan society starts to be transformed by the billions of dollars going-arms going this way and drugs coming this way back into Pakistan. Eventually the Russians leave. Tell us what happens next.

GOULD: Well, that’s when everything really does fall apart. And the-again, in terms of the mujahedeen, what ended up happening was the multiple groups of Islamists known as the Mujahideen began to war with one another in their attempt to take over Afghanistan. In fact, Gulbuddin Hekmatyar and Ahmad Shah Massoud were two of the main people who caused the major destruction in Kabul-75 percent of Kabul was destroyed during the exchanges. And that actually was the precipitator of the creation of the Taliban. In an effort to try and guarantee that-the Pakistanis wanted to guarantee that they would have a Pakistani-friendly government installed in Afghanistan. The Taliban became the method and went around to the refugee camps, where they basically brought Afghan boys into the madrasahs and indoctrinated them. But this was all part of the buildup that eventually was presented, by 1994-96, as an Afghan movement, but really was very much part of the ideological political process that the Pakistani ISI military facilitated.

JAY: Together with the Saudis, I think, should be added.

FITZGERALD: Together with the Saudis. But also the United States was very much behind it. And, you know, Madeleine Albright, as an example, was very, very positive on backing the Taliban, and she considered them to be a cleansing force.

JAY: You know, from one angle it gets vilified, the nurturing of the Taliban. But from Pakistan’s national interest, don’t they have a right? They had utter chaos on their borders. And, in fact, the Taliban, if I understand correctly, certainly, at least in the early days, were quite welcomed by the Afghan people as getting rid of the terrible lawlessness, the culture of rape of young-especially young boys, and, I mean, the hundreds of thousands of people that were killed in this inter-warlord fighting, that from Pakistan’s interest and from Afghans’ interest there was a stabilizing factor there. Was there not?

GOULD: Well, when you’re going from hell to basically a lesser hell, I guess there may be some kind of qualification.

GOULD: Exactly. But I think that the embracing of the Taliban was because the Afghan people actually believe that the Taliban was an authentic Afghan movement. And, of course, what ended up happening was you ended up with ethnic cleansing, you ended up with, you know, the type of sharia law that was implemented was absolutely unseen and inexperienced by the Afghan people. There was no relationship to the kind of Islam being practiced by the Taliban that historically had ever been connected to the Afghan experience. So what ended up happening was, yes, there was a level at which there was some kind of stability, and certainly Pashtuns, definitely in that sense, you know, had the advantage over the other ethnic groups that were being slaughtered. But the idea that this was somehow, you know, really an expression of the Afghan people or a solution that the Afghans embrace, no, it was never that.

FITZGERALD: I remember reading reports back in the 1990s and talking to people who’d come out of Afghanistan who were telling us that up to 50 percent of the Taliban in the 1995-1996 time period were Pakistani regulars who’d resign their-you know, they’d resign their commission in the Pakistani army, and they’d put on the black coal under their eyes and the black turban and gone to fight as Taliban.

JAY: Let’s jump ahead. So 9/11 takes place. You have the overthrow of the Taliban government. When I’m there in the spring of 2002, the Taliban are hardly present. But I have to say I must’ve heard it 100 times, if not more: if there’s one thing we hate as much as the Taliban (speaking to ordinary Afghans), it’s all the warlords the Americans have just brought back into power, and the warlords who were responsible for the hundreds of thousands of deaths. And the Afghan people have been caught between all of these different political forces all vying for their own national interest. I suppose there’s one thing is that Pakistan gets vilified here, whereas it-and as much as Pakistan’s national interest certainly does get imposed into the Afghan situation, it’s the US national interest that’s probably caused more trouble.

GOULD: Without the United States, Pakistan really wouldn’t have had the power to overwhelm Afghanistan. So there’s no question that the US always viewed Pakistan is a hedge against the Soviet Union. It was very much the Cold War thinking that established the kind of relationship that the US had with Pakistan. And Afghanistan never ever even entered into the equation. Afghanistan was nothing to the United States.

That is of course until 9/11. Now a new geo-politics prevails, but with much in common with the earlier period. Now the US is in Afghanistan mostly to block Russia and China from replacing it as the regional superpower. Ironically, once again the CIA and Pakistan’s ISI are likely to team up to bring the Taliban into some kind of power sharing agreement.

Now, just why is it that Canada wants to be part of this?

You can watch my interview with Gould and Fitzgerald here.

You can watch my interview with Zbigniew Brzezinski here. 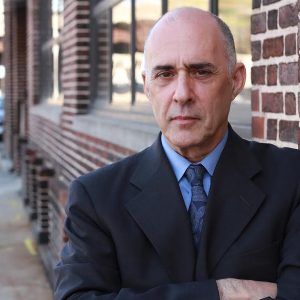