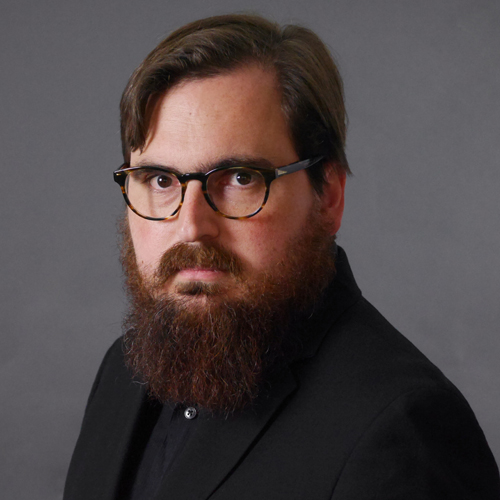 As Executive Director, John Duda brings years of experience helping create and scale radical institutions and social movement infrastructure to The Real News. Before joining TRNN, Duda worked for nine years at The Democracy Collaborative, an international research institute working to develop practical models for a post-capitalist economy, where he served as Director of Communications. During his tenure, the organization’s staff grew by a factor of five, developing into an essential transatlantic think tank advancing democratic economic alternatives.

Duda holds a PhD in Intellectual History from Johns Hopkins University for his work on the intersections of radical social movements, digital media makers, and the sciences of complexity and self-organization; a Master of Logic from the Universiteit van Amsterdam; and a BA from the University of Pennsylvania.

He is a founding worker-owner at Red Emma’s, Baltimore’s largest worker cooperative, created in 2004, where his work focused on developing the project’s extensive event and programming platform. In the early 2000s, Duda was a core volunteer developing technical infrastructure for the Indymedia network, building global capacity for digital open publishing and distributed community journalism. He has written extensively on left organizing, history, and economic alternatives, including editing the book Wanted—Men to Fill the Jails of Spokane: Fighting for Free Speech with the Hobo Agitators of the I.W.W. (Charles H. Kerr, 2009). He is a proud resident of Baltimore.