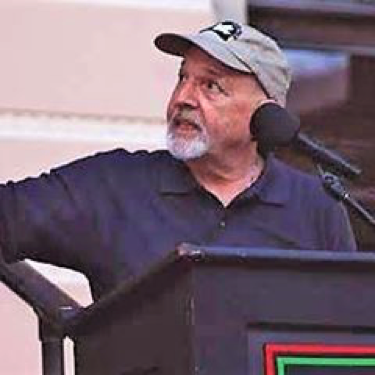 David is a progressive columnist writing on economic, political and social issues. His articles have been published by OpEdNews, The Greanville Post, The Real News Network, Truth Out, Consortium News, Global Research, and many other publications.   David is active in social issues relating to peace, race relations and religious freedom, homelessness and equal justice. David is a member of Veterans for Peace, Saint Pete for Peace, CodePink, and International Solidarity Movement.

In 2017 David spent 3 weeks in South Korea researching the Korean War of 1950 to 1953. In 2016 David spent 10 weeks in Palestine with the Palestinian lead non-violent resistance group International Solidarity Movement. In February of 2015 he was part of a people-to-people delegation to Cuba with CodePink. In November of 2015 he was a delegate with CodePink to Palestine to show solidarity with Palestinians. David frequently makes people-to-people trips to Russia as a private citizen. David returned to Palestine for 10 days in March 2018.

David resides in Clearwater Beach, Florida. His hobbies include boating, fishing, RV’ing and motorcycle touring. He is also a licensed skydiver (USPA-inactive).]

Venezuela on the Edge of Civil War

Venezuela Under Siege by U.S. Empire

NEOLIBERALISM: Austerity vs. The Affluent Society